If you didn’t know it already, the team here at SahmReviews is based in Iowa. What do you think of when you think of our state? For me, it’s corn. Yes, Nebraska claims to be the best, but the truth is that nothing beats Iowa sweet corn. We’re also home to the American Pickers, the World’s Largest Truckstop, the Field of Dreams and The Bridges of Madison County. See, it’s not ALL farmland here!

Speaking of farmland, there is one other thing we’re known for – pigs. Our farmers raise nearly three times more pigs than any other state. In 2019 there were 3.15 million people living in Iowa and over 23.5 million pigs! That’s a LOT of bacon! And pulled pork. And pickled pigs’ feet (yuck). During the hot Iowa summer you cannot mistake the unique smells coming from a pig farm when you’re on a rural road. If you’re lucky you’ll spot them wallowing in the mud to keep cool (pigs have very few sweat glands)! 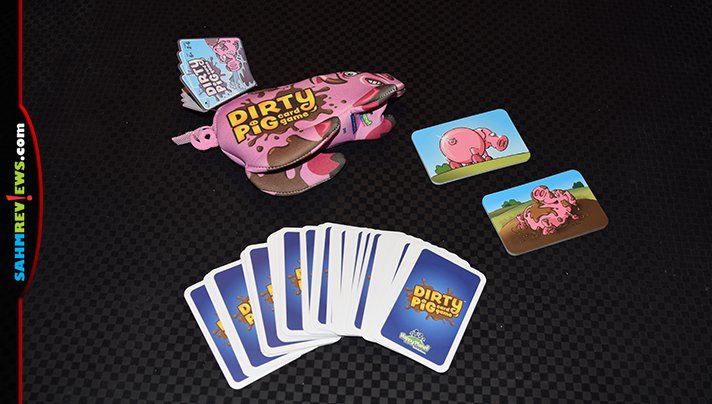 We’ve long been fans of North Star Games’ Happy Planet line of card games like Happy Salmon and Monster Match. This summer they released an Iowa-appropriate edition conveniently named Dirty Pig! In it, you play as a team of pigs who are trying to stay dirty. But the farmer likes to show off his farm and wants clean pigs. It’s a constant back-and-forth battle to see who can become the first to get all of their pigs covered in mud!

Inside the pig-shaped neoprene game “box” is a deck of cards and 19 double-sided pig cards. Up to six players each receives a number of these pig cards (based upon the number of players) and lays them in front of them, clean side up. The deck of cards is shuffled, three cards are dealt face-down to each player and the rest of the deck is put in the center of the play area as a draw pile. 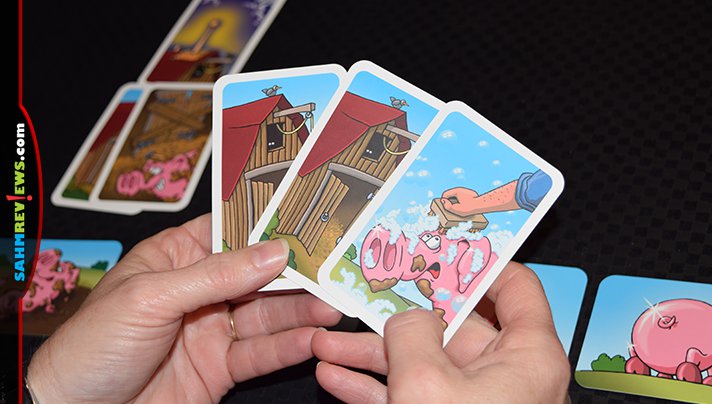 When you play a card from your hand, you will resolve its action immediately. If you play a card with a dirty pig on it, you may flip over one of your clean pigs to the dirty side. Obviously, playing a clean pig card means a pig gets a bath! But not one of yours, you get to choose one of your opponent’s pigs to clean! Assuming he isn’t protected… 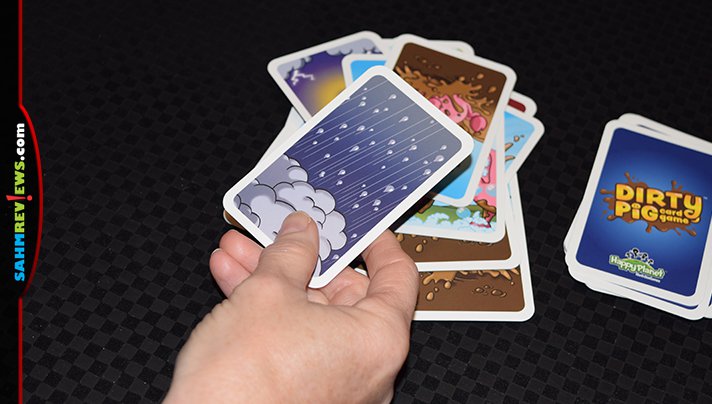 Rain also cleans pigs, and not just your opponents’. ALL unsheltered pigs get turned to the clean side! Barn cards are what you’ll need to begin protecting your pigs from the rain. Put the played barn card on top of one of your pigs to protect it from the elements. 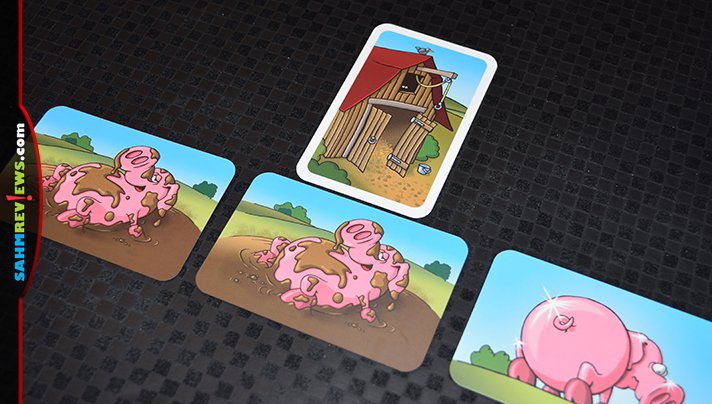 Sadly, a barn doesn’t protect the pigs from the farmer who wishes to clean the pigs. For that you’ll need to play a barn door card that nails the door shut so the farmer cannot get in! You can only do this if the pig is already dirty, since it cannot wallow in the mud if it is locked indoors! 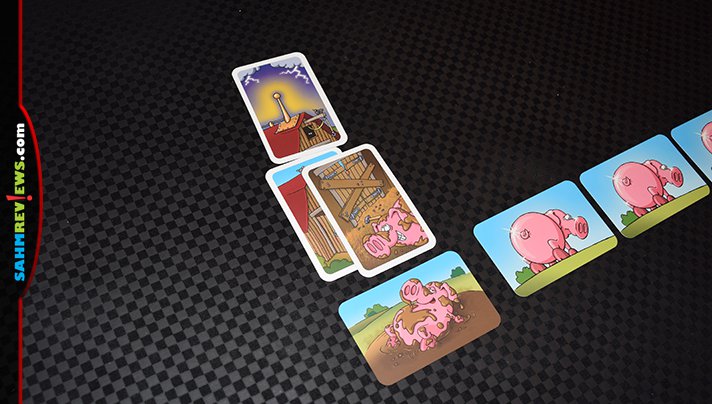 Rain isn’t the only weather phenomena you’ll have to deal with in Dirty Pig. Lightning cards will destroy a barn of your choice, with or without a door. Pigs can protect themselves by installing a lightning rod to channel the voltage into the ground before the barn is destroyed! Ultimately a dirty pig, in a bar, with the door nailed shut and a lightning rod installed is completely safe! Play continues in a clockwise order until one person has managed to get all of their pigs covered in mud. That person is declared the winner of Dirty Pig! 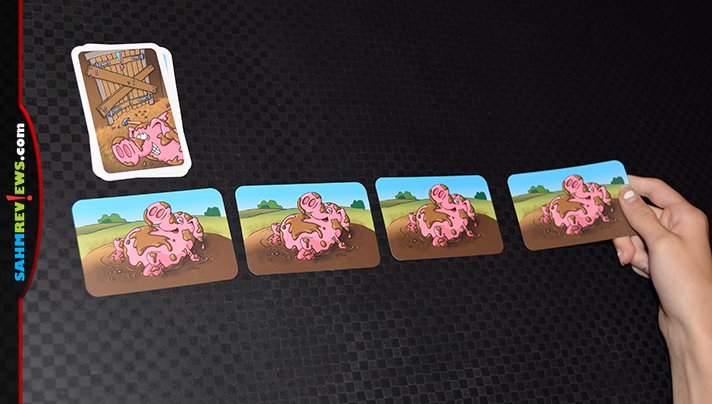 This Spiel des Jahres Recommended (2012) game can be found on Amazon, at your favorite local game store or direct from North Star Games on their website! If you’d like to learn more about Dirty Pig or discover some of the other products in the Happy Planet line, make sure you are following them on Facebook and Twitter!

What is your state best known for?