When I was pregnant, my fail-safe food was bacon. We had BLTs at least once a week. I never experienced morning sickness, but I really couldn’t stomach meat. It was terrible for our health but at least I could enjoy the bacon.

Well, we had BLTs tonight and I was reminded of a post I wanted to do last month but got too busy for! (No, I’m not pregnant.) (March 2014 edit/addition: Reminder, this was originally posted in 2009. I wasn’t pregnant then. I’m not pregnant now. Certainly don’t want anyone trying to read between the lines.)

DH stumbled on a blog post about weaving bacon. Sorry that I can’t give that blogger credit because I don’t know who it was. He surprised me one day by making them and even taking pictures of the steps. (Aren’t DH’s the best?) I thought it was pretty cool so we decided to share the bacon weave process. How often can you make a bacon sandwich and know there’s bacon in every bite?

Here’s how to create a bacon weave: 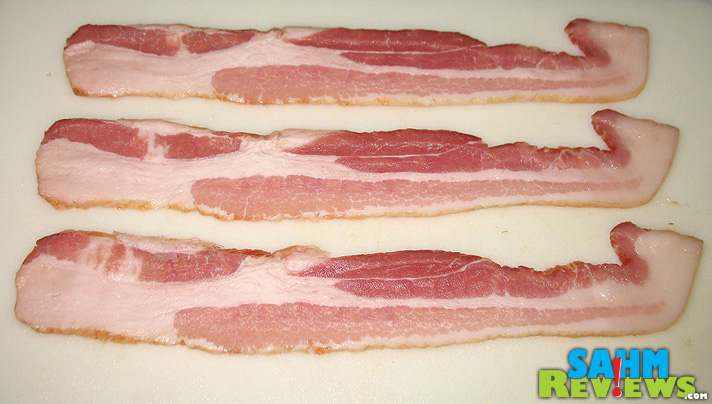 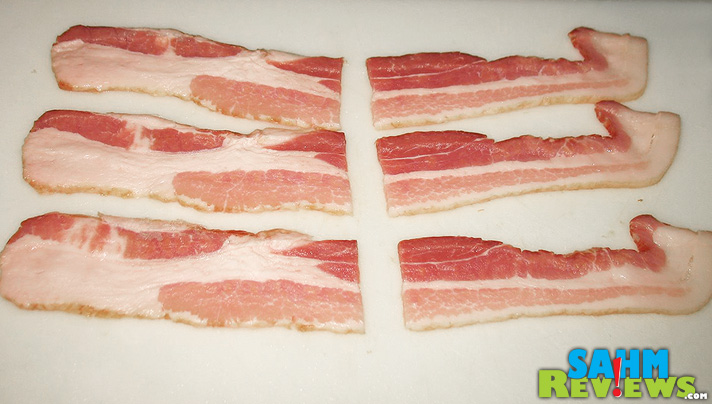 Cut each in half 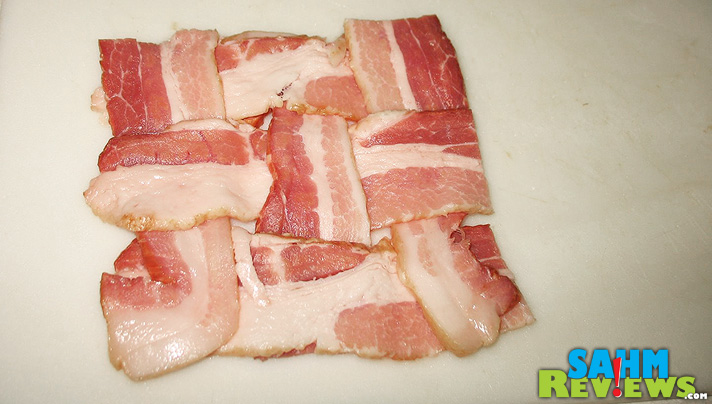 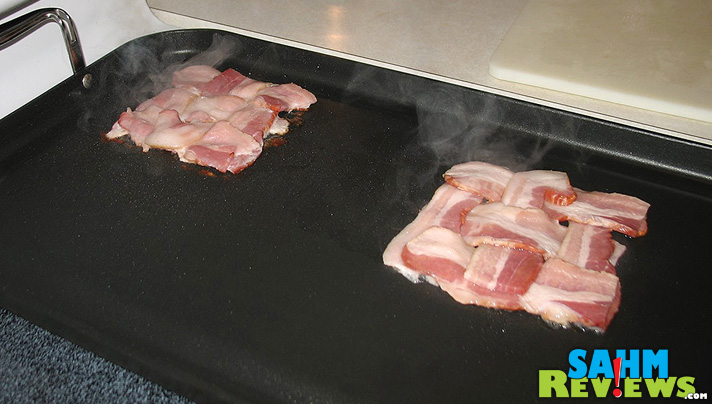 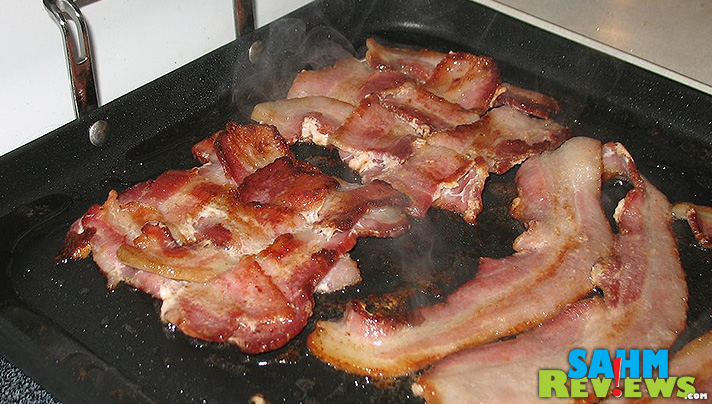 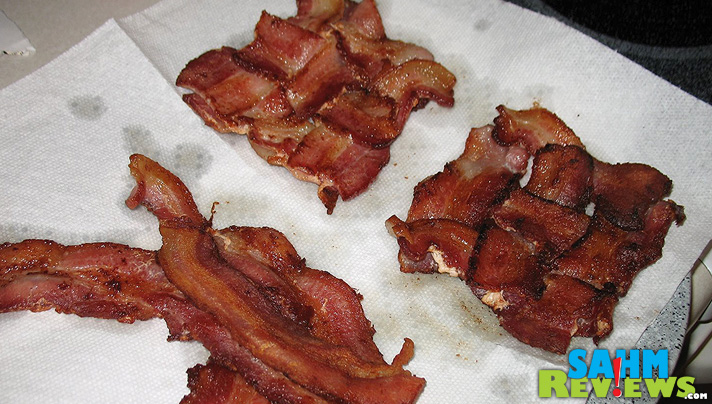 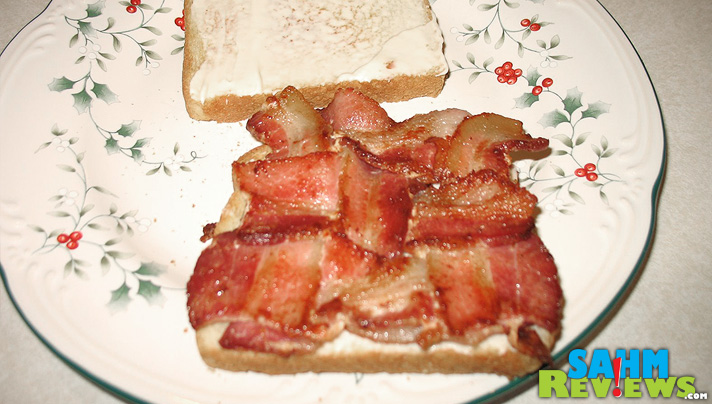 Add them to a sandwich. If you use normal bread, the bacon weave will cover the bread perfectly. No more concerns about bites that are all sandwich and no bacon. If three pieces of bacon aren’t enough for your sandwich, then add two weaves to it!

DH – This is an awesome trick. Thanks for sharing it!

March 2014 Addition: This is perfect for sandwiches that include bacon as a layer such as BLTs but also works great on burgers. Want to see another fun creation that DH made? Check out his post for corn dog sushi.