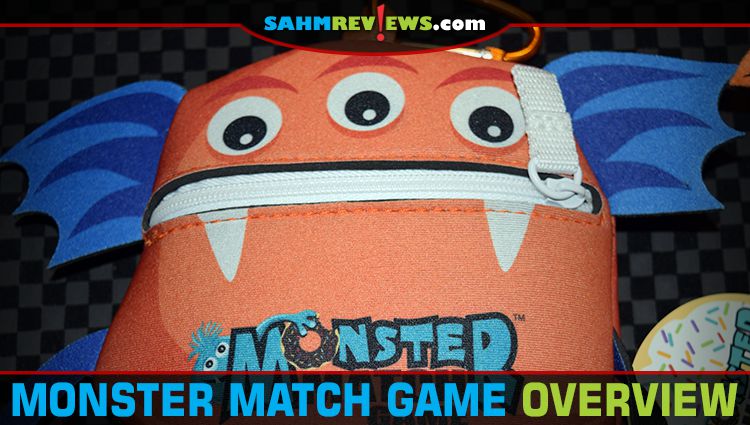 We’ve been on a quest to feature as many games from our 2018 holiday gift guides as possible. Unfortunately, there simply wasn’t enough time before Christmas to give each one a dedicated, personalized game overview. We’re still hard at work creating these articles because we know everyone is itching to figure out how to spend all the gift cards you received. (Or if we’re being honest, the gift cards from the items you returned. Don’t worry… we won’t tell.)

We’re kind of kicking ourselves for missing the boat on getting Monster Match from North Star Games included in our Halloween series of monster-themed games so that’s the one on the plate today. It all worked out though because now we can tell you about two recent releases in North Star Games’ Happy Planet line instead of just one.

If you aren’t familiar with the first game in the series, you really should be. Happy Salmon is a fast-paced game for all ages that will have you smiling, laughing and hustling around the table! Like Happy Salmon, Monster Match requires fast reflexes as well, but you can do it from the comfort of your own chair instead of standing and scurrying around a table. 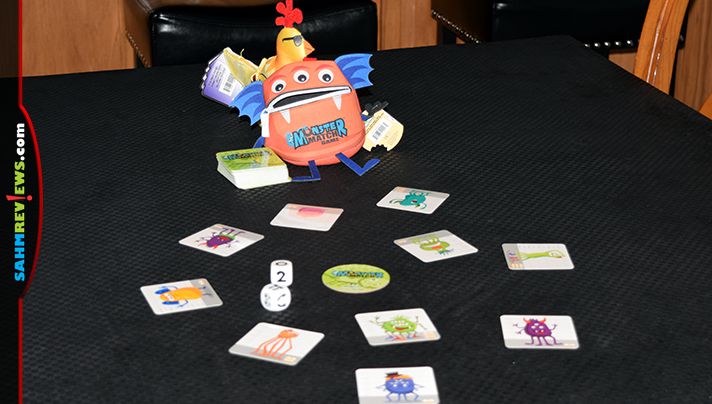 Setup is simple. Up to 6 people gather around and the face-down deck of cards, dice and Zilch token are placed in the center of the table. 10 Monster cards are dealt face up to the center within reach of all players. 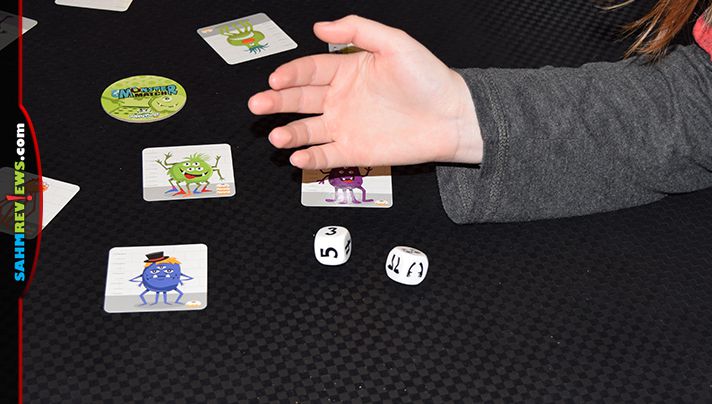 The theme is that someone has been eating the donuts and we’re trying to figure out who. Here’s a spoiler… it’s the monsters! Each player takes a turn acting as the baker and rolling the custom dice to determine which ones are stealing the goodies. One die has numbers 0-5 and the other die shows various monster body parts (legs, arms and eyes). These are clues to figure out the guilty parties. 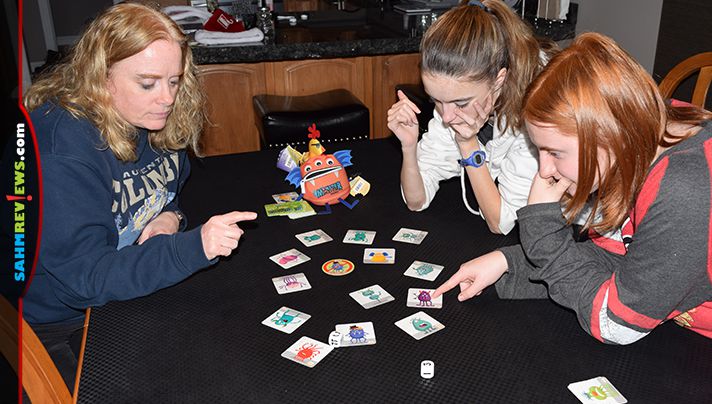 When the dice are rolled, everyone races to put their finger on one of the face-up monsters that matches the requirements on the face of the dice. Each player can only select one card and may not switch. Once everyone has selected or all have been claimed, the players who were correct collect the card into their pile. Give an incorrect answer and you’ll lose a previously earned monster card.

Play passes to the next person and the game continues with Monsters being added to the center each time the dice don’t match any in the center. In this case, the first player to touch the Zilch token earns a card from the top of the deck. When the deck has been depleted, the game ends and players tabulate the number of donuts depicted on their collected Monster cards. The one with the most wins. 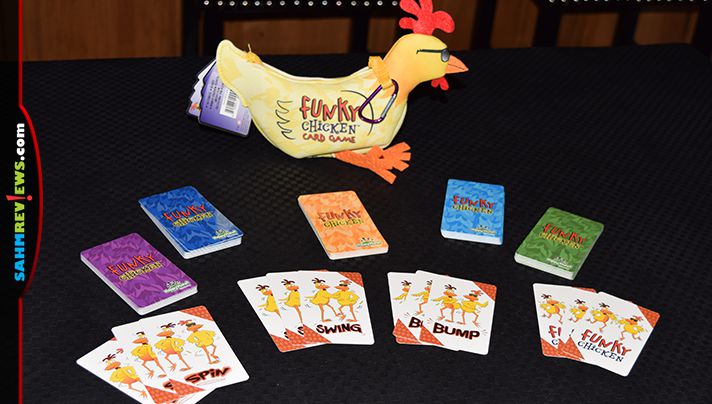 Since Monster Match was so easy to tell about, it leaves me plenty of opportunity to give you a quick, lowdown on Happy Salmon’s funky sibling: Funky Chicken Card Game! The game is the reincarnation of its predecessor except it incorporated new actions. As with Happy Salmon, each player selects a color and takes the matching stack of 12 cards. 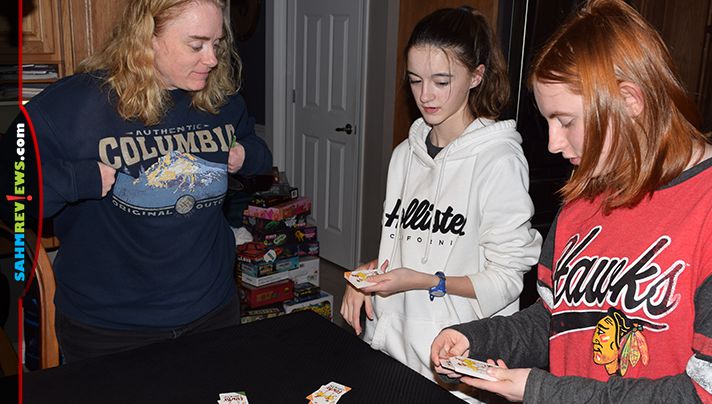 Players shuffle their decks and hold them face down. On “go”, all players race to match with another player and perform the action together which allows each of them to discard the card. The first player to race through their deck and yell “Winner, winner, chicken dinner!” wins. If that explanation sounded overly simple, that’s because it is. Even the game’s packaging touts that it takes 30 seconds to learn! You can mix it with Happy Salmon for a flip-flopping good time!

Monster Match, Funky Chicken and Happy Salmon are all easy to learn, quick to play, come in adorable (and durable) packages and have affordable price tags. These are just a few of the excellent products in North Star Games’ inventory so be sure to visit their website to see some of their other offerings. Of course, you should also follow them on Facebook, Twitter and Instagram to get updates on what else is rolling out. If you ever play any of their games and share a photo on social media, be sure to tag them. They love seeing what kind of “happy” their Happy Planet line of games brings out in people.

Which of these games would you buy first with your gift cards?