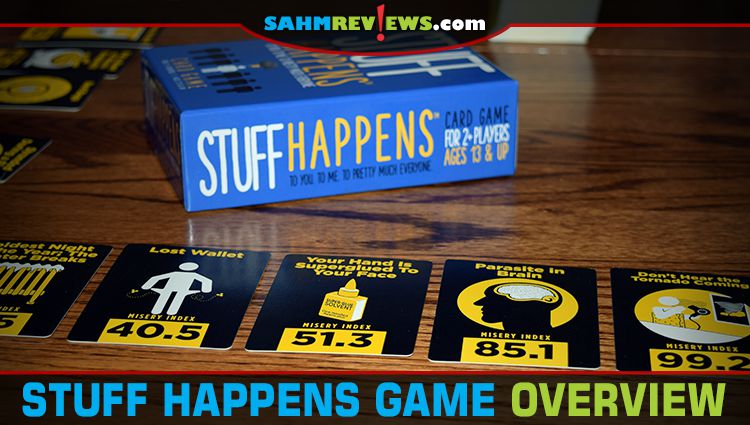 Last month we introduced you to the new publishing company, Games Adults Play. If you recall, they are a new division of toy & game powerhouses Goliath Games / Pressman Toy that will be focusing on party games for the 18+ crowd. As you probably already know, many titles that are targeted towards a more (im)mature audience can be quickly made family-friendly by excluding items standard to the game without taking away any fun. We’ve done this on a couple occasions when topics that we weren’t comfortable discussing with our pre-teens came up in regular play. Fortunately for us they are now well into their teens and probably have heard and know more about all those off-limit subjects than I care to admit.

Publishers too are cautious about what they advertise to which age ranges and are quick to realize when they have a fun game on their hands that could easily be repackaged for a younger audience. We mentioned the existence of a game that fit this description when we talked about Shit Happens. This family-friendly version has been renamed “Stuff Happens” and is offered by parent company, Goliath Games, as a Walmart-exclusive title! 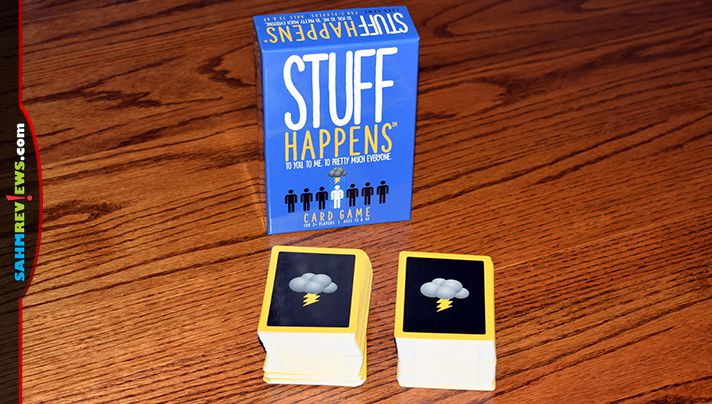 Broken down, Stuff Happens is the exact same game as Shit Happens and its cards can even be combined with the adult version to add variation to the standard game. As you probably remember, you begin the game with three randomly dealt cards which you place in front of you, face-up and in numerical order. These numbers represent a professionally-assigned Misery Index of how awful the situation presented on the card is. The higher the number, the worse it is for you physically, mentally, emotionally and more. 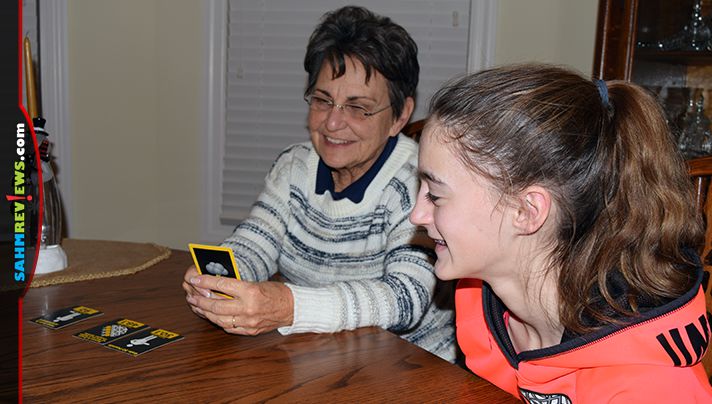 On your turn, the player on your right will draw a card and read aloud the miserable situation you find yourself in. You must try to guess the number on the card by pointing to a space in your line of cards where the new card would fit in order. For instance, if your situation is that you superglued your hand to your face (Misery Index – 51.3), you would need to correctly assign it between two cards, one higher and one lower (or at the end of the row if you think it is very high or low). 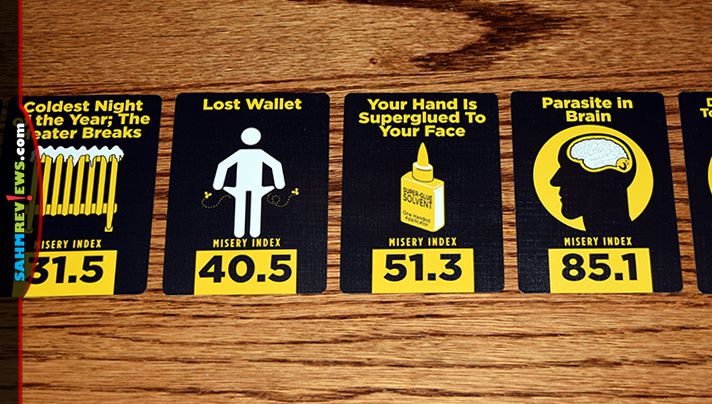 If you make an incorrect guess, the next player gets a chance at collecting your card and placing it in their row.  They also have the information you just gave up with your incorrect guess! Each person gets a chance at winning the card in order until it gets around to the person who originally read the card. If this happens, the card is simply discarded from the game and no one takes it. The first person to build their row to ten cards immediately wins Stuff Happens! 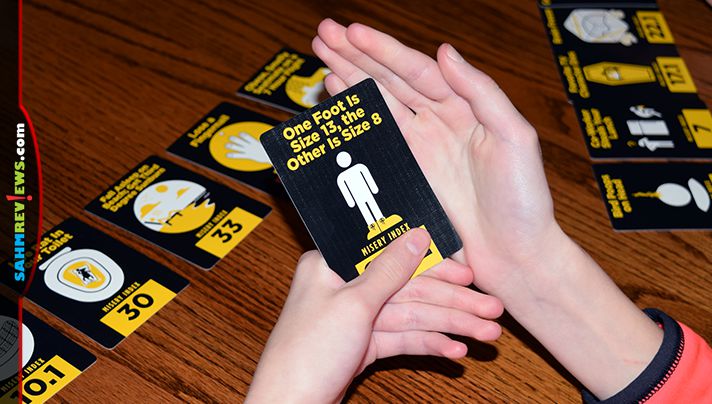 As with its adult version, Stuff Happens supports two or more players and more is certainly merrier. 200 cards are included in the box and we wouldn’t be surprised to see expansions in the future which would allow for more variety and potentially increasing the total number of players. This version is recommended for ages 13+, but could easily be played with the 9+ crowd if you explain what a few of the words mean (parasite, facelift, amputated, etc.). None of the examples are vulgar or adult-themed, but may be a little bit disgusting to think about. Perfect for the younger crowd who enjoys a good poop joke!

Currently only available at Walmart and Walmart.com, Stuff Happens is nicely priced at under $20. If you didn’t get one in your stocking this year, make sure you grab a copy while you’re returning those other unwanted gifts! While you’re at it, check out Goliath Games exhaustive website to see all the amazing titles they are currently offering and watch their social media channels (Facebook, Twitter) to be the first to know what’s coming out next!

What is the ickiest situation you’ve ever found yourself in?