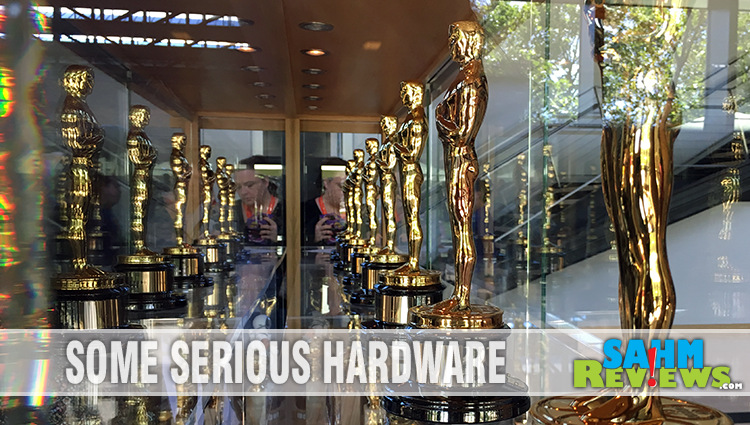 When you’re a kid, you have dreams of working the perfect job. You picture fun and friendships, laughing while you work. As you grow older, you begin to realize it’s not reality. Most jobs aren’t happy fun places. They are called work for a reason.

Unless, of course, you work at Pixar.

I’m not sure what they call it there, but from the Pixar campus tour I experienced during my Cars 3 media trip, it sure seems like it should be called fun. Not work. Every single person that we came in contact with was happy and a pleasure to talk to. But aside from that, being there was positively surreal. Even cooler… just like the movies, the Pixar campus is filled with Easter Eggs! Let me walk you through the place: 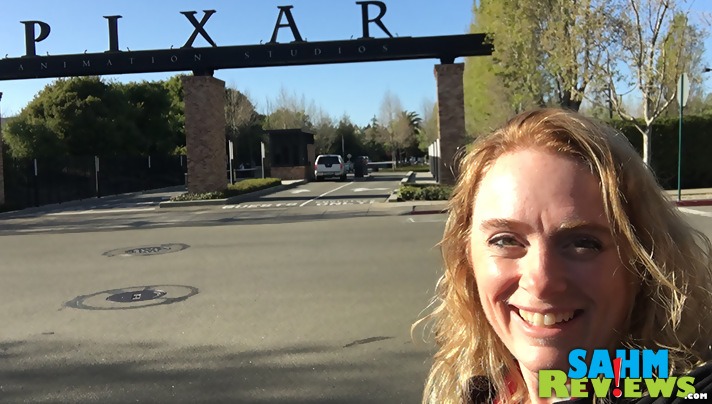 10) The iconic Pixar entryway is real.

First, let me tell you about the entrance to Pixar Animation Studios. When visiting Hollywood Studios at Walt Disney World, guests pass under the Pixar Studios archway on the way to The Toy Story ride. I remember the first time I walked under it, I felt the need to stop and take a picture because it seemed so cool. I’ve noticed it on every visit since then, but wasn’t as stunned as that first time. I simply accepted it as just another decoration. When we pulled up in front of Pixar Animation Studios in Emeryville, California, it took my breath away. I felt the giddiness of a kid getting ready to walk into a candy store.

For obvious reasons, the entire Pixar campus is fenced. Have to keep all the workers inside so they can finish up great movies like Cars 3 and Coco! Just kidding. Maybe. I mean there’s some pretty serious stuff happening inside those gates. I thought the Cars 3 logo on the pavement was awesome and wondered if it was there specifically for the media event or if they update the logo regularly to reflect the next upcoming project. I really need to check with my contact and ask. 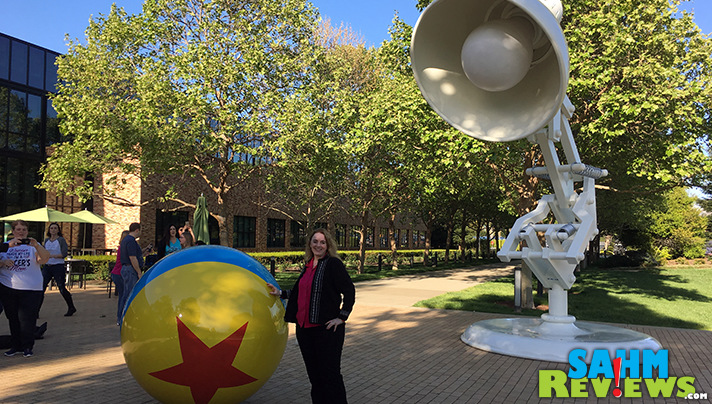 We’re all familiar with the lamp and ball created by John Lasetter in the early days. Gigantic versions of these are one of the first things you see when visiting the campus. They’re prominently displayed outside The Steve Jobs Building. We were told it’s a treat to see both since the ball sometimes disappears for an extended time when it needs a fresh coat of paint. 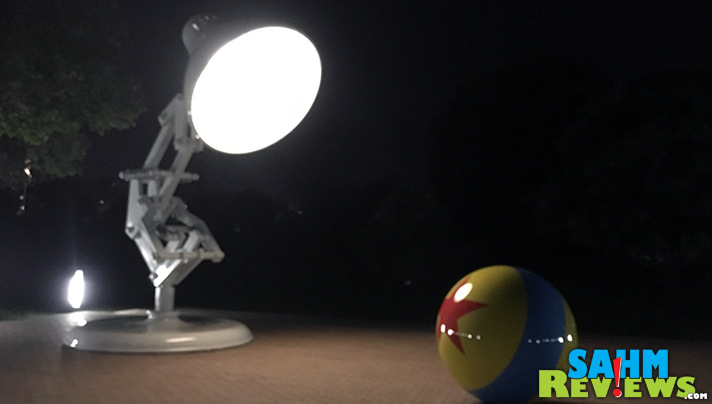 You can only experience this really cool feature if you’re on the campus for an evening event. We were there for a reception following an evening screening of footage of the upcoming Cars 3. It was a complete shock to walk out and see it all lit up. I waited for a while, but it never jumped and squashed anything. 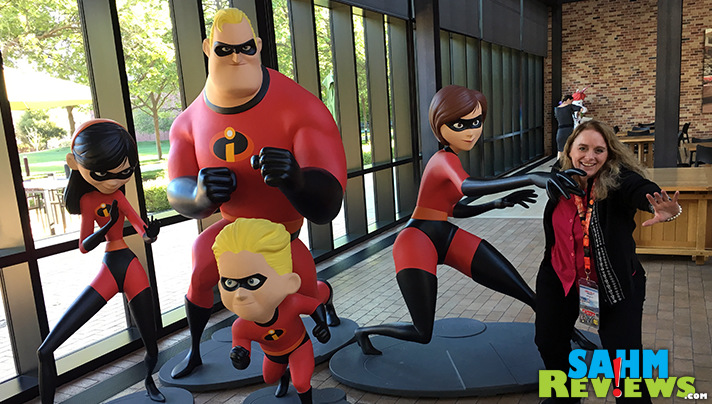 6) There are life-sized characters in lobbies.

As I jumped into my superhero pose, I wondered how many people stop and do photo opps with all the life-sized characters on display. It wasn’t like we found one or two… we found several. The Incredibles were in the lobby of the Steve Jobs Building as was a Lego Woody and Buzz Lightyear display. Rainbow Unicorn was in a corner of that same lobby. I had a special interest in a photo with Bing Bong since Inside Out was the first Red Carpet event I attended with Disney. There was even a giant Sully and Mike in a small lobby of the Brooklyn Building. 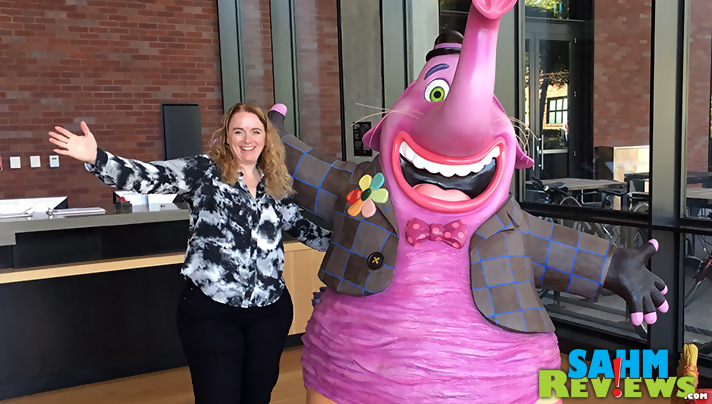 From the layout and feel to the names of most of the other buildings, it’s all about New York. Walk into the main lobby of the The Steve Jobs Building and you can go to the Upper East Side or the Lower West Side. Or you can leave that building and venture to Brooklyn, Queens or even Jersey which is the furthest building among the campus. 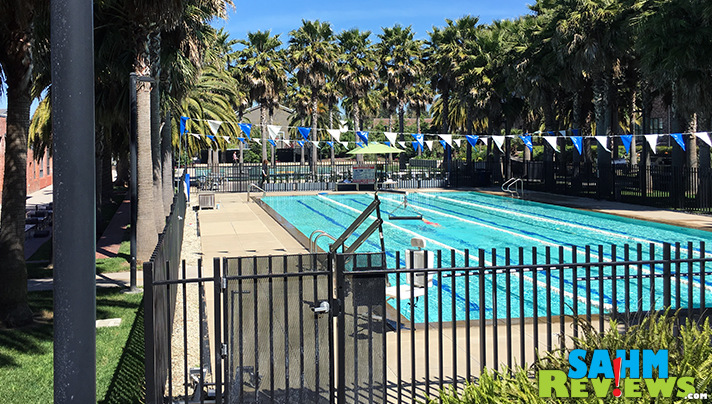 4) Pixar campus has a swimming pool for employees.

Employees are encouraged to be physically active. Not only is it good for the body, but also for the mind. There is a swimming pool for laps, a basketball court, soccer field, sand volleyball pit and workout areas with additional fitness equipment. 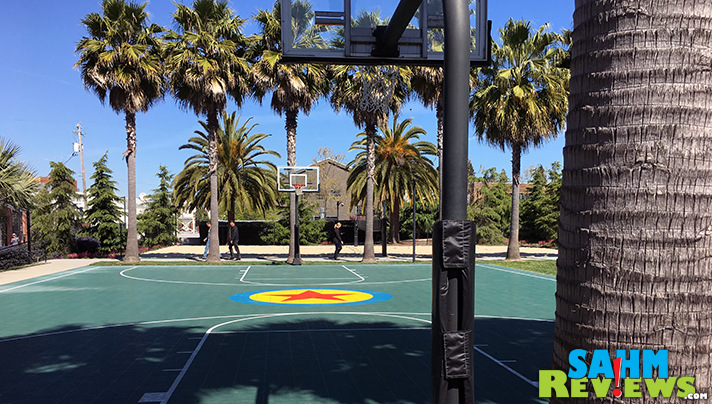 We had lunch on the tour and I have to say it was FANtastic. Even the vegan eggplant casserole dish was to-die-for. I don’t usually seek out those kinds of foods, but I actually asked my Pixar contact for the recipe. During our discussion, he confided that the food is so awesome that new employees are prone to the Freshman 15. Maybe the amazing food is why they have so many fitness options on campus. 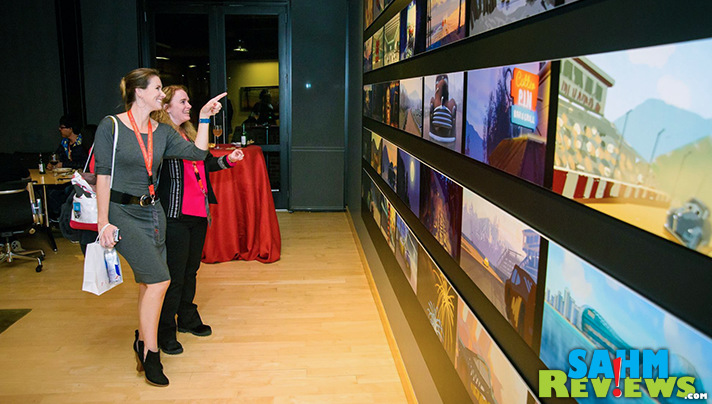 2) Pixar has galleries of images from unreleased movies in plain sight.

More than once we saw signs and were told that cameras were off limits. The reason is because Pixar has galleries of images and sensitive materials from unreleased movies. These aren’t hidden away in offices, but right out in the open. The photo above was given to us by Disney with permission to use in this post… even though it features images from Cars 3 which won’t be released until June 16, 2017. (Psst! A new Cars 3 trailer was released yesterday. Check it out!) 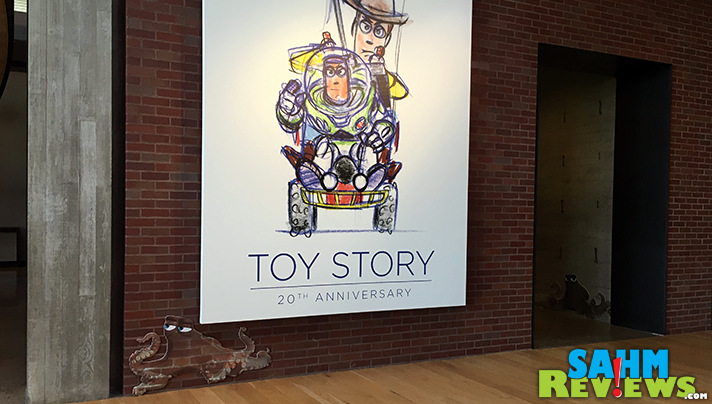 1) Pixar characters are hidden in the walls and floors.

There’s no doubt that Pixar is filled with creativity and you see it right down to the architecture and decorating. Whether it’s an inconspicuous Hank in the bricks or any number of characters hidden among the stonework flooring, there are Easter Eggs throughout the campus.

It’s any wonder employees at Pixar Animation Studios are able to crank out such incredible work… they’re filled with opportunities to be inspired constantly. Not only are there team building activities such as miniature golf tournaments but employees even decorate their workspace in whatever theme they choose. I think I’m ready to apply for a job at Pixar.

What Easter Egg or feature are you most impressed by?