I don’t know what you’ve been doing over the recent weeks, but I’ve been on the hunt for Easter Eggs! No, not the kind you put in an Easter basket, I’m talking about automotive ones like the Easter Eggs hidden in movies! Last year, as I walked around the Chicago Auto Show, I found several cars from movies. It was a lot of fun and I wanted to find an out-of-the-box idea for this year also and the Easter Egg idea was born!

On Wednesday, I visited the Chicago Auto Show Concept and Technology Garage and was able to check out a handful of vehicles before they headed to the show floor. It was a perfect start to the Easter Egg hunt! 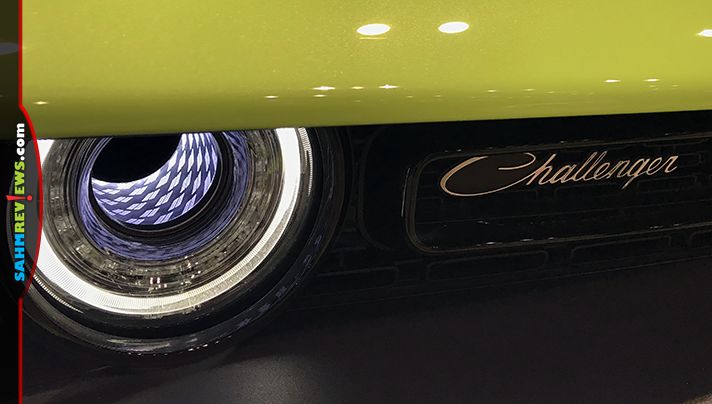 If you examine the Dodge Challenger headlamps from a distance, they look like normal headlights. I mean, they’re lights after all so what’s the big deal, right? Get a little closer and you’ll see the Dodge logo on the inner rim of the headlamp can! They told me you can find other logos in their line including the Challenger SRT Hellcat which has their Hellcat logo instead of the standard Dodge badge. Let me know what you find inside other headlamps from Fiat Chrysler Automobiles! 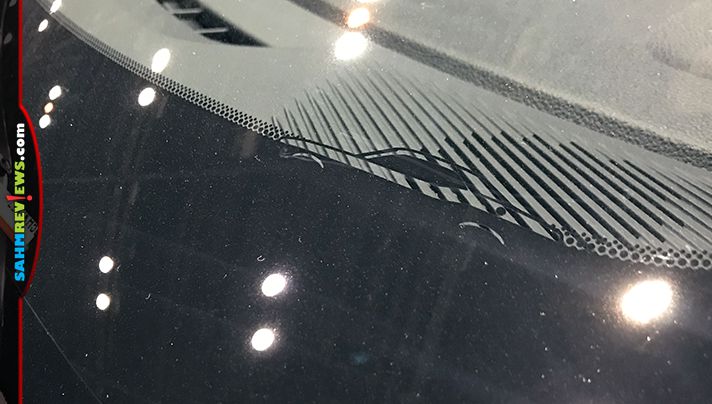 Have you ever looked at your windshield? You know how there are transition lines at the bottom and top? I’m not sure how many of their models this is on, but check out the Easter Egg built into the windshield of the Challenger Hellcat! 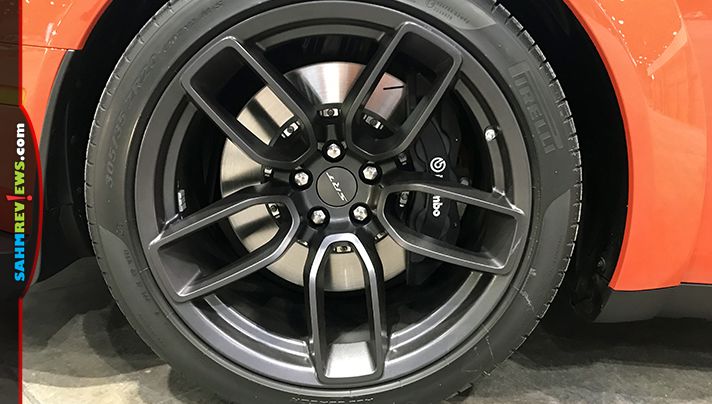 And while we’re hung up on the Hellcat, can we talk about their Devil’s Rims? If you look closely, the spokes look like coffins. I hadn’t noticed it before and now I can’t un-see it! Creepy much? 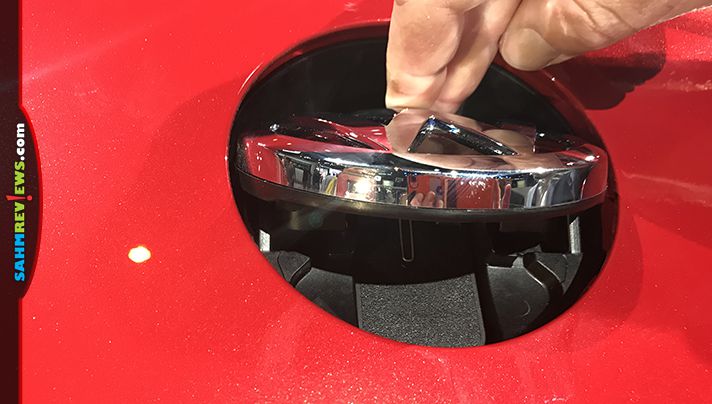 In this weather, it’s now standard for me to get out of my vehicle to clean the backup camera. That’s not an issue with Volkswagen vehicles. Look at the back of the vehicle and you’ll see there isn’t one. Not that the vehicles don’t have them but rather that they are hidden behind the badge! 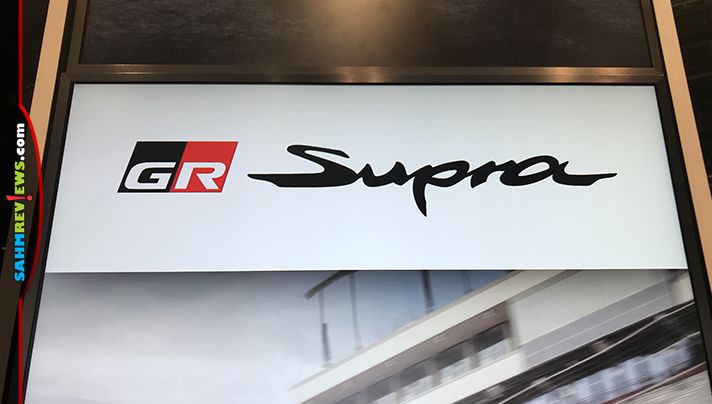 Sometimes Easter Eggs are part of the vehicle and sometimes they are part of the branding itself. The “S” in the Toyota Supra is more than just a letter, it’s a race track. 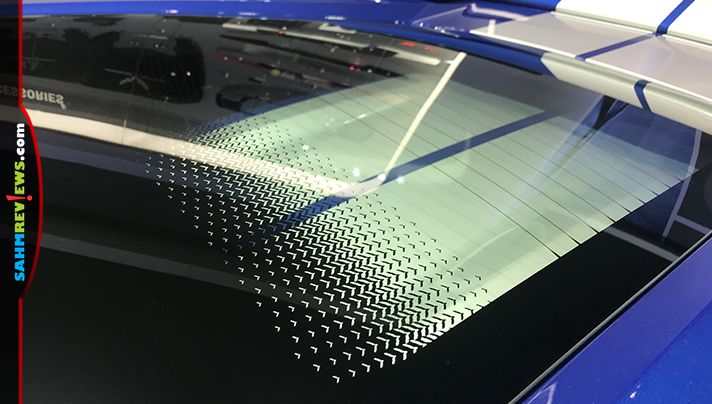 If you take a look at the shading on the rear window of the Corvette, you can see that it’s darker near the roof and gradually lightens up until it’s clear for rear window visibility. If you look closely, the gradation is achieved through use of the Corvette logo. 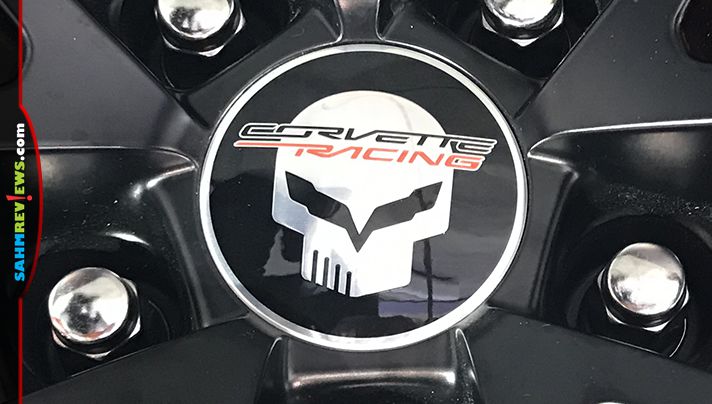 For those who don’t know, the Chevy racing team logo is a pirate skull and is referred to as Jake. Jake’s eyes are the Corvette logo. While the skull itself is consistent over the years, the eyes change to correspond with the current Corvette badge. 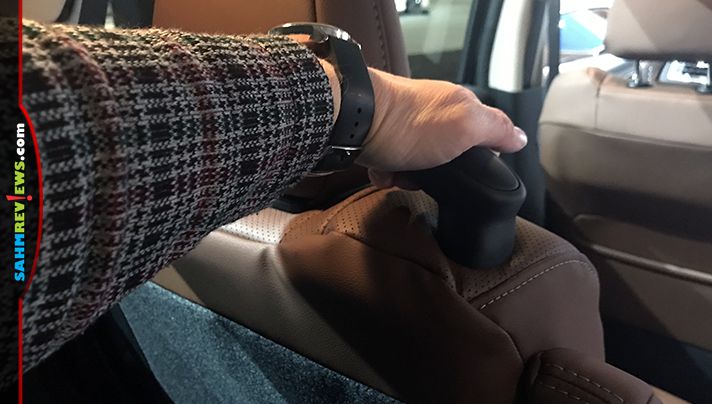 Have you ever tried to get out from the 3rd row of a van or SUV? The 3rd row of the Subaru Ascent has the solution in the form of a handle on the shoulder of the 2nd row bucket seats. If you’re asking yourself why I consider that an Easter Egg, it’s because it isn’t any random handle. It was modeled after the hand grips on a Japanese bullet train! I’ve never been on one so I’ll have to take the word of the Subaru executive who shared that tidbit with me!

These are just a sampling of the ones I discovered and I encourage you to see if you can find more at the Chicago Auto Show. If you are in or near Chicago, plan to stop by. If you’re afar, follow along as everyone shares images on social media.

What auto show Easter Eggs can you find?