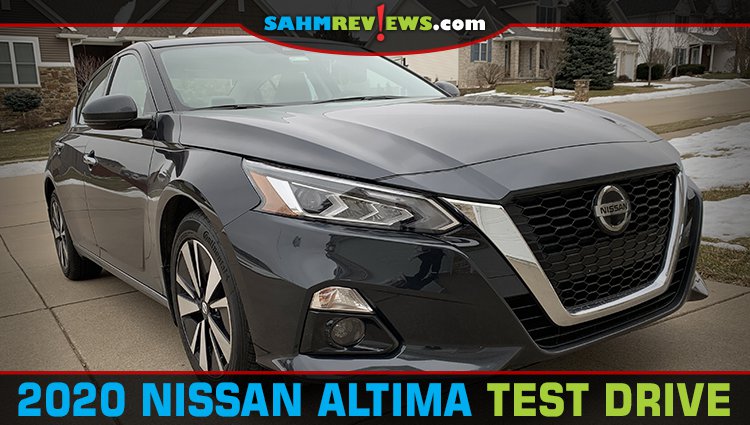 The girls were just babies when Scott picked me up at the airport in a Nissan minivan. Until that point, I was dead set against owning one. I hadn’t researched minivans nor had any plans to do so. One of my best friends from college owned one of the first generation of minivans and it was a reddish color. I swear it looked like an eraser! My Pontiac Bonneville sedan made me happy and I had zero interest in driving a pencil eraser around. But Scott knew what would be best for toting around an infant and a toddler and he was right. (Shhh… I’ve managed to get by for this long without admitting it, so don’t tell him now or I’ll never hear the end of it.) Needless to say, a minivan has been my daily driver for over a decade and a half now. It’s been equally as long since I’ve driven a sedan. When Nissan offered to supply an Altima for me to test drive in preparation for the 2020 Chicago Auto Show, I was excited at the idea of cruising around in something new. 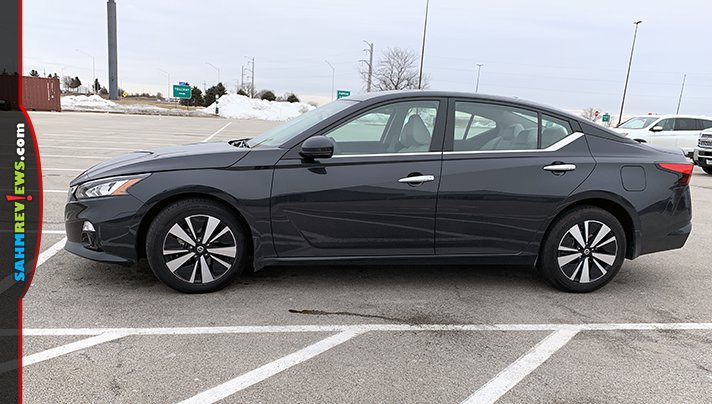 Don’t get me wrong. I love my current van, but with the girls getting ready to attend college, we have less of a need for a vehicle that can carry four people plus musical instruments and luggage. I’ve been saying that I’ll probably want a smaller SUV (the Nissan Rogue test drive instigated that idea) so I was curious to see if this test drive of the Altima 2.5 SL AWD Sedan would change my mind. Spoiler: It may have!

I’m gong to start by acknowledging that new cars continue to introduce new technology and advancements and I recognize that some of these features are available in other automobiles. I’ve been to the Chicago Auto Show for several years and the Los Angeles Auto Show before that. I am aware of a lot of bells and whistles that are leaps and bounds improvements over what’s inside my current vehicle. But it wasn’t until driving the Nissan Altima, in the winter, for an extended period of time did I recognize the value of a heated steering wheel. Aside from the sleek look and style of the 2020 Altima, this one feature made me fall in love! 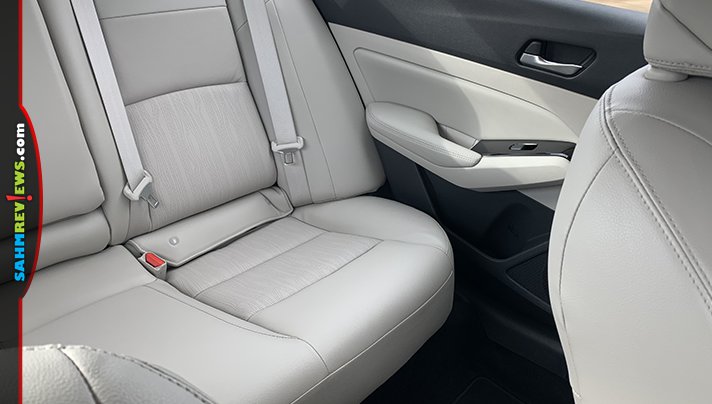 We travel a lot as a family and there’s nothing more frustrating than a long drive in a cramped space. A minivan gives us the flexibility to stretch our legs, include the dog, pack a small cooler and still have space for a lot of cargo. In my mind, a sedan wasn’t going to be able to offer that level of comfort. The 2020 Nissan Altima may be a mid-sized sedan, but it doesn’t feel like it. The backseat includes plenty of legroom and a retractable armrest that can be raised for a 3rd passenger (or pet) or lowered to hold a couple of beverages. 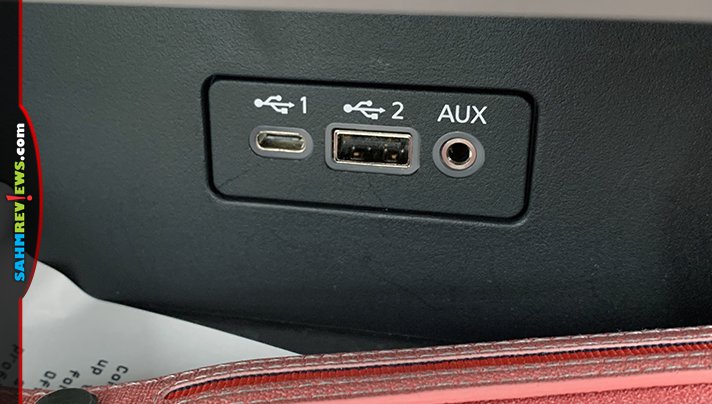 The days of needing a converter to plug into a cigarette lighter to charge your phone are long gone. In addition to a charging port in the front console with a recessed area to place your phone, there are also two ports in the backseat! All of these were easily accessible and not hidden inside a console somewhere. Once again, this is a feature more common in newer vehicles, but it’s still worth noting. 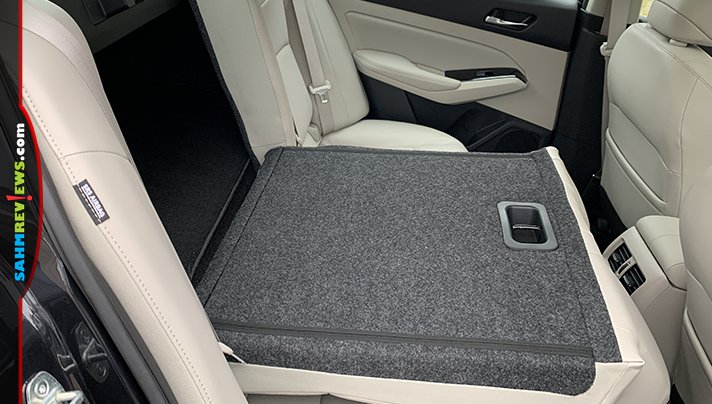 I would be remiss if I didn’t mention the cargo space. The trunk offered adequate space for luggage (or a trip to Costco or Sam’s Club), but also includes a feature to drop the seat for larger items. As the taxi driver to a cellist, this is a pretty important feature. I’m sure my friends who have kids in hockey and baseball could also appreciate this feature. 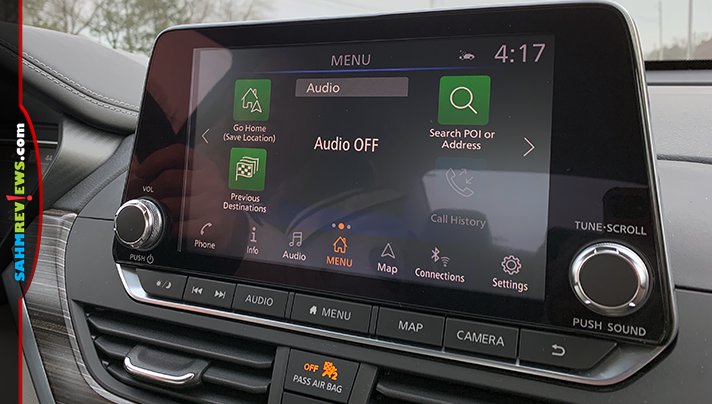 Of course, one of the most noticeable improvements in newer vehicles would involve the heads-up display. I was skeptical about connecting my phone because I wasn’t sure how it would handle incoming text messages. I really didn’t want to be distracted by the idea that I could access those messages so easily. I was pleased to see that there are plenty of safety controls in place to ensure you keep your eyes on the road. 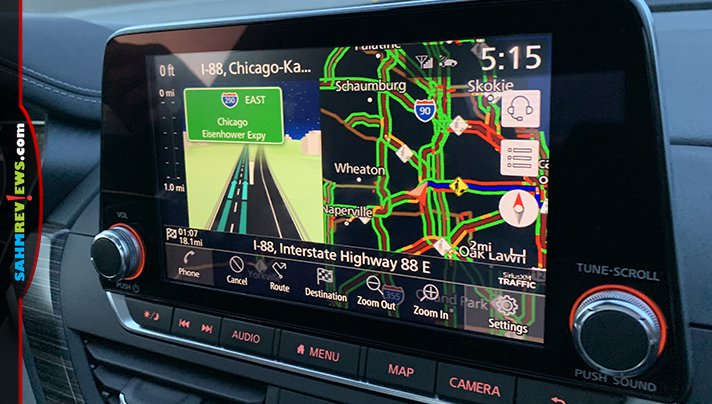 I would be remiss if I didn’t mention how surprisingly detailed the navigation system was in the Nissan Altima. Not only did a voice announce the turn-by-turn directions, but the screen also offered a photo of the signage as it appears on the road. When traveling in an area you aren’t familiar with, that’s a pretty nice feature! 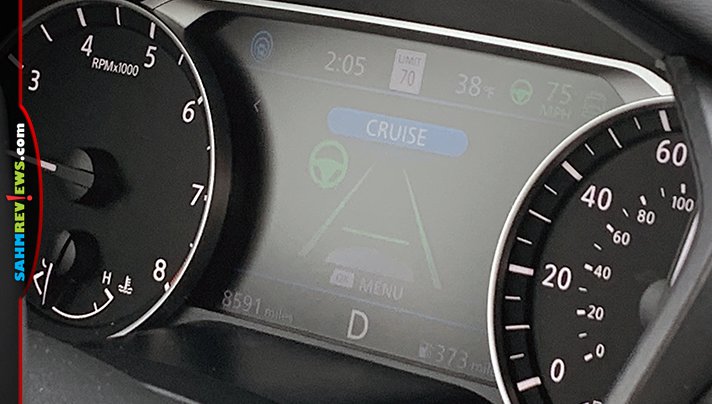 As I mentioned with the Nissan Rogue, there are lot of notifications on the central monitor, but also in the viewing space seen through the steering wheel. If you’ve ever been driving only to realize you aren’t positive what the speed limit is, you can simply look at this display. Forward facing cameras scan for speed limit signs and update the screen on the fly. On the way to and from Chicago, we confirmed that this updates exactly as you passed by the sign. This was fantastic because when you’re traveling in an area like Chicago you adjust your speed with the flow of traffic and often have no idea what the speed limit is! 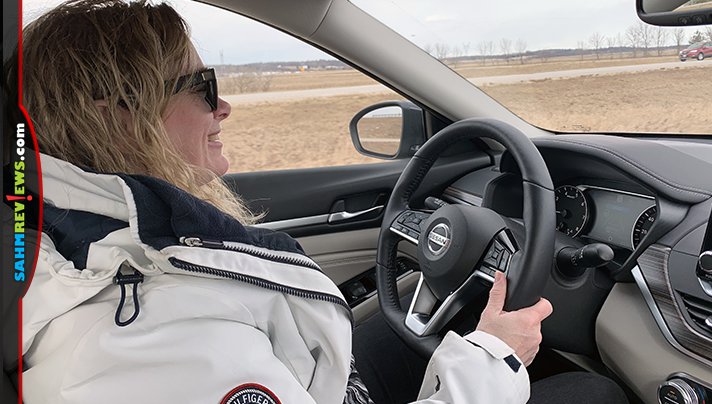 A car can be completely loaded with options, but that doesn’t guarantee it’s a good vehicle to own. It also needs to ride well. I made two round trips between Iowa and Chicago so I had my fair amount of time behind the wheel. That’s in addition to driving it around town during the week. My level of comfort: excellent. Blind spot warnings, lane departure notifications and intelligent forward collision warnings were a few of the safety and security options that helped ensure a smooth drive. When you’re able to be behind the wheel for about six hours (with only a short break for lunch) and not feel exhausted, that’s pretty telling of whether it’s a good touring vehicle. That was my experience with the 2020 Nissan Altima 2.5 SL AWD Sedan… and it opened up my mind to the idea that a sedan might be a nice change of pace when we’re ready to trade in the van.

Is there a vehicle or product you discovered you were wrong to avoid trying?