I have to imagine that conversations with teens in other households are very similar to ours. Around here we’ve been on the topic of computers since our daughters got their first laptops to use for schoolwork. We’ve discussed when the internet was invented (1973), when it gained wide acceptance and the differences between the various internet providers (DSL vs. cable vs. fiber). We find ourselves reminiscing about life before these advances and wonder how we got along without them!

We’ve had the same discussions about telephone technology, dishwashers, automobile features and much more. Some things we’ve been fortunate to have all our lives, while others were born during our lifetime. We’ve recently been playing a new card game by Breaking Games called Order of Invention that highlights one innovation per year for the most part of the 20th century. Your job is to figure out which came first. 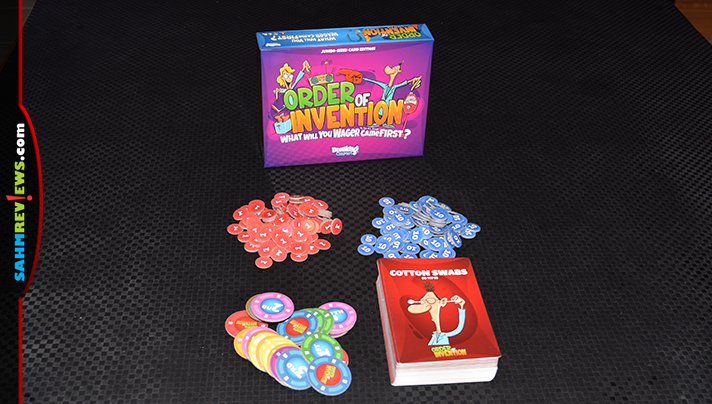 You and up to seven of your friends will each begin the game with four color-matched player chips. The over-sized deck of 80 invention cards are shuffled and placed red side up in the middle of the play area with a pile of scoring tokens next to it. No first player is chosen as all people will take their turns at the same time! 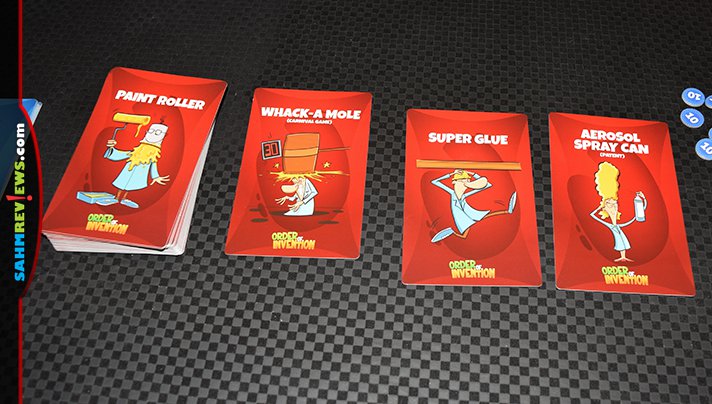 A game of Order of Invention is played over five rounds. At the beginning of each round, three invention cards are taken off the deck and placed on the table with the red side still face-up. Each player (or teams, if you have more than eight players) examines the inventions on display, including the one on the top of the deck. They are trying to decide in which order each item was invented. Players place their numbered player chips face down next to each invention in the order they think is correct, from earliest to latest.

You do not have to place one player chip on each invention. You can hedge your bet by placing more than one on a card, leaving another card without a chip. If you are confident on your choice, beginning in round two you may place additional score tokens on top of your face-down chip to increase your wager. 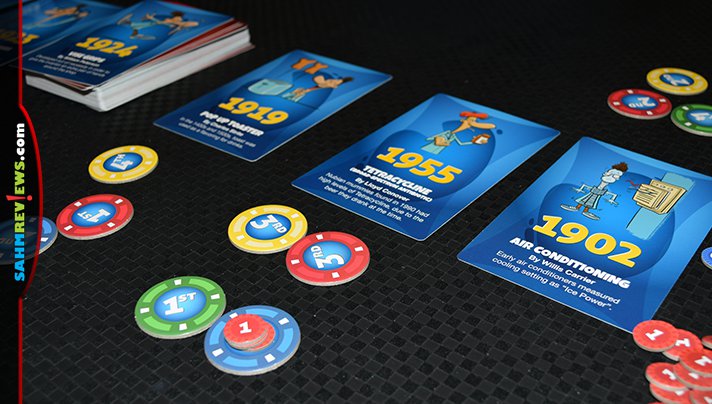 Once everyone has placed all of their player chips, the invention cards are turned over, revealing the years in which they were invented. Starting with the earliest invention, any player who placed their “1” chip on this card receives a red score token. Additional tokens are awarded for each score token added to their correct guess. The second-earliest card is resolved in the same manner, and so on, until all four cards have been scored. Any score tokens bet incorrectly are returned to the pile. Players will receive their player tokens back, regardless of whether they were placed correctly or not. 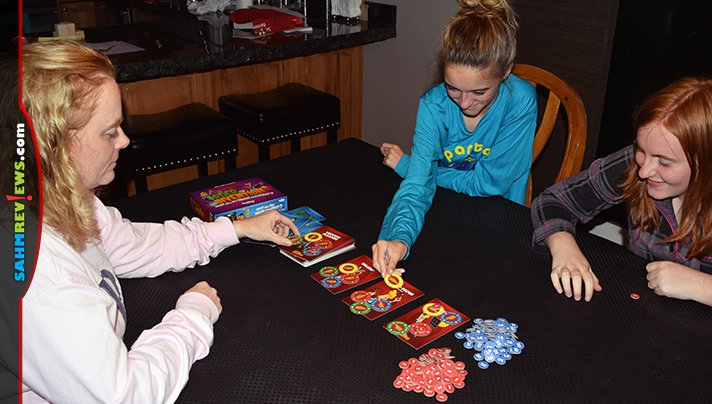 After playing through five complete rounds in the same manner as the first, the player (or team) with the most points wins Order of Invention! If tied, shuffle the used invention cards and use them to play additional rounds until there is a clear winner.

We really enjoyed the test of knowledge in Order of Invention coupled with the ability to increase your bet if you thought you knew the answer the best. Of course, younger players might have difficulty competing with older, more experienced competitors due to life experiences. Hopefully they will quickly learn the dates of introduction of each invention and become more competitive on subsequent plays.

What invention could you not live without?