It’s been over a year since we’ve found a game by Playroom Entertainment at thrift that we didn’t already have in our collection. We still play Top Dogs and Bull in a China Shop on occasion, and even have found time for a round or two of Ligretto in the past year. This week we grabbed a copy of Pick a Paint that had never been opened for only $1.88! It’s a cute little memory game designed for ages 5+. It also includes two sets of rules – one for cooperative play and the other for competitive. We found both equally fun, which really means we got twice the value as we expected! 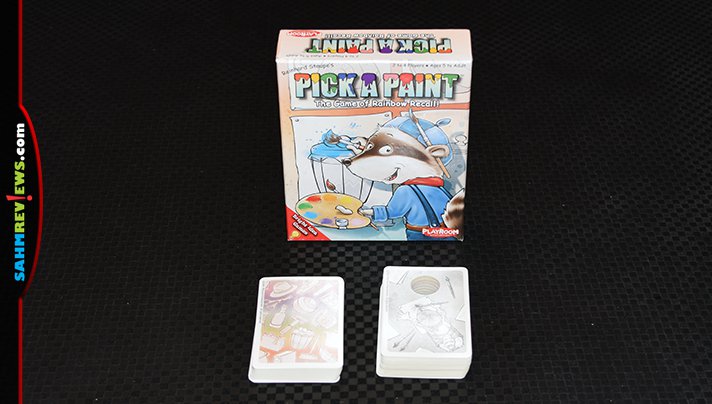 Pick a Paint is comprised of two decks of cards. One features symbols and numbers while the other highlights colors and has holes in them to allow a card number to show through. For either version of the game, shuffle and deal out all 20 symbol cards into a 4 x 5 grid, face-up. 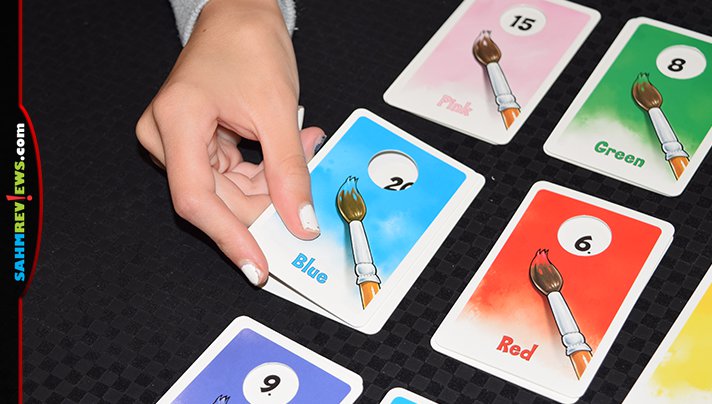 If you are playing the cooperative version, shuffle the deck of color cards and deal three out to each player (Pick a Paint supports up to four players). The rest are put into a draw deck in an area where everyone can reach. On your turn you will play a color card, color side up, on top of the next numbered card in the playing area. The first player begins by laying a color card on card #1, then the next player plays one on card #2 and so on.

After playing a card from your hand, you will draw back up to three cards and the turn will pass to the player on your left. You may not play a card to the table if that color is already represented in the same row or column in which the numbered card you must play to is in. If you cannot legally play a card, you must discard one and draw one from the draw pile. Your turn then ends and play passes to the left. 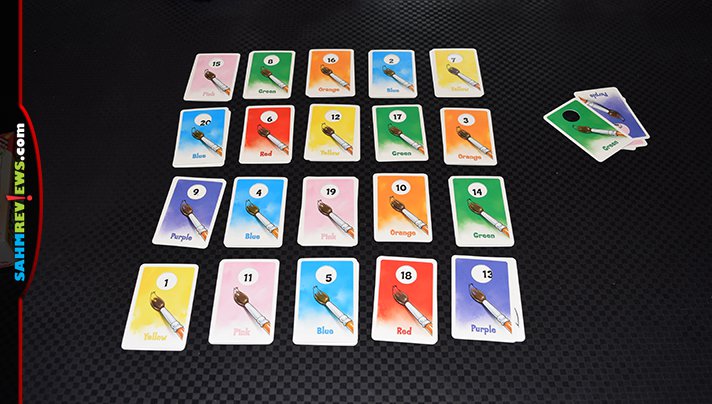 If the players manage to “paint” all twenty symbol cards correctly, without any repeating colors in the same column or row, they win as a team! If nobody has any cards left in their hands and not all of the symbols have been painted, the game ends without a win. 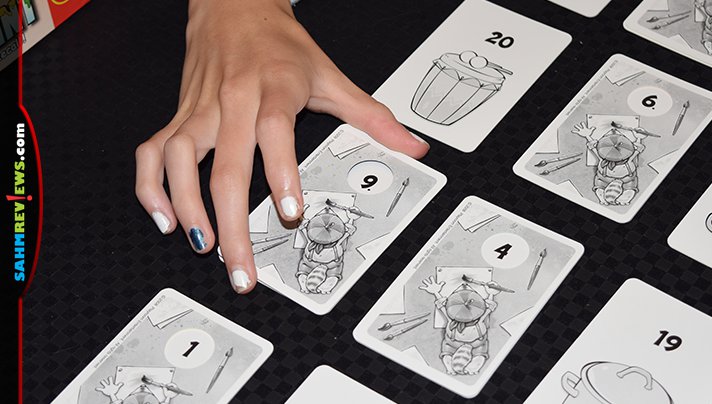 For the competitive version, the setup is the same. On a player’s turn they must choose one of the three cards in their hand and place it face-down on the active symbol. They announce the color they are painting, but it is then hidden from sight. All players continue in order playing one card to the active number and may not pass their turn. After playing the card, they always draw a new card so their hand still has three to choose from. 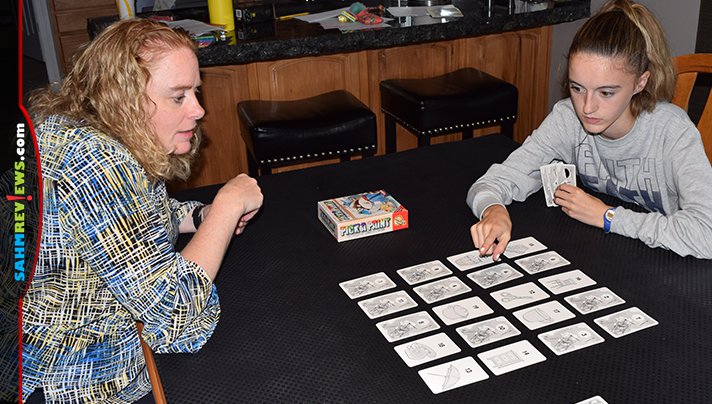 After all symbol cards have been painted, they are revealed in numerical order. Each player reveals the color they painted that particular number. When a color is revealed that has already been used in the same row or column, that player is given one of the leftover cards as a penalty. After all twenty symbol cards have been resolved, the player with the fewest penalty cards is the winner! Pick a Paint was issued around ten years ago and new copies can still be found on Amazon for around $11 shipped.

Do you have any other favorite games by Playroom Entertainment?