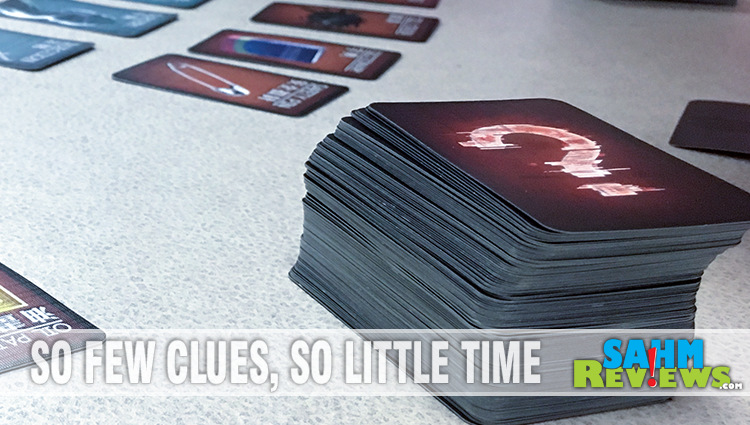 Almost anyone who knows me can attest to my levels of sincerity and honesty. I’m try to find the positive in everything and assume that people’s actions are built on good intentions. As such, I’m a terrible liar. And have zero, repeat ZERO, poker face. If people want the truth, they know they can press me because I cannot disguise a lie.

Although I often find great relief in my attitude, there is one time that I absolutely hate it. I cannot play games requiring bluffing. That includes ones like Sheriff of Nottingham where each person is left to their own accords as well as hidden role games. I wear my emotions (and my role) on my sleeve.

However, I’ve finally discovered one that I can make work and have fun in the process. Deception: Murder in Hong Kong is one of the latest releases by Grey Fox Games. Best described as a combination of crime scene investigative game (Clue), a hidden role game (Werewolf), and a collaborative deduction game (Codenames), Deception provides participants with more than a scripted routine. It requires them to think, discuss and problem-solve.

Like other hidden role games, players assume a variety of crime scene roles in Deception: Murder in Hong Kong. The game can accommodate from 4 to 12 players filling such roles as the forensic scientist (moderator), the murderer and investigators in addition to an accomplice and a witness for larger groups. With the exception of the forensic scientist, each player is dealt four clue cards and four means cards representing key evidence and method used for the murder. The forensic scientist is given event and scene tiles that will be used to moderate the game. 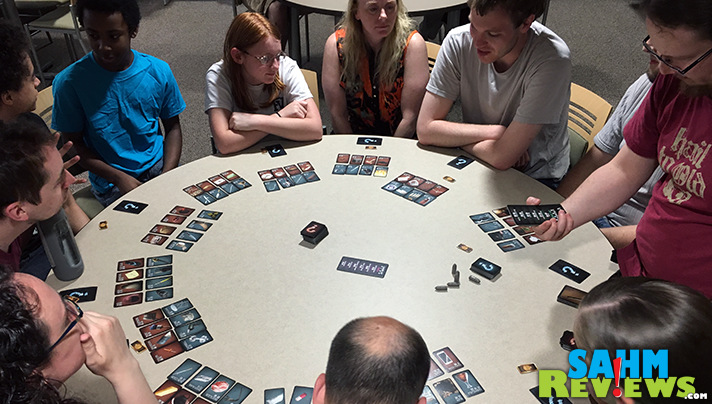 Before the game begins, the murderer secretly selects their key evidence and means for murder from the cards in front of them. The forensic scientist has all individuals close their eyes then has the murderer open their eyes and point to their selected cards. It’s now up to the forensic scientist to use the event and scene tiles to help direct the investigators in determining who among them committed the crime and how. 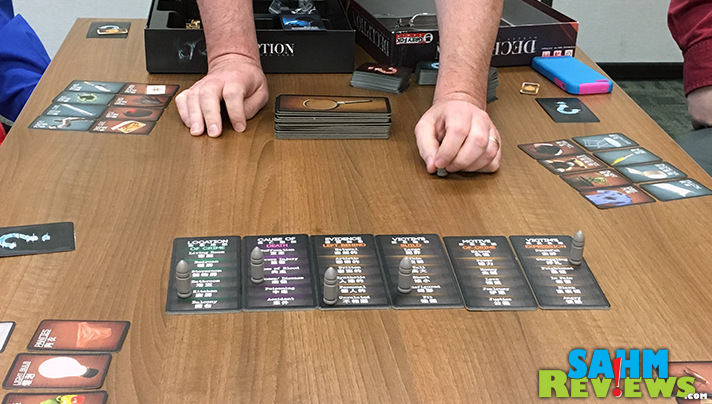 One at a time and across a series of phases, the scientist offers clues that the investigators utilize to evaluate the possible options. Everyone, including the murderer, is encouraged to contribute their ideas, pointing out possible combinations that might indicate who the murderer is. As the forensic scientist sees fit, more hints can be provided. At any point during the game, an investigator can attempt to solve the crime by identifying the evidence and means and therefore the murderer displaying those items in front of them. If the investigator is right, the team wins. If the investigator is wrong, that person forfeits their opportunity to make any more guesses, but can still participate in the discussions.

The first few times I played this, I ended up as either the murderer or the accomplice. It was unbearable and the investigators discovered me quite quickly. After that, I realized I simply needed to keep the role hidden, even from myself, until the last possible moment. Once the cards were distributed in front of us, I evaluated the various clues in front of each player and determined what I would select if I found myself as the murder. I didn’t look at my role until right before we needed to close our eyes – or if nobody claimed the role of forensic scientist then I would know it was safe to look at my card at that point, too.

The process of discussing the various possibilities is so much fun especially as the murderer. Redirecting to hints toward other people and even tossing out a guess when the time felt right. Yes, even the murderer is allowed to make a guess to help redirect who everyone is looking at! 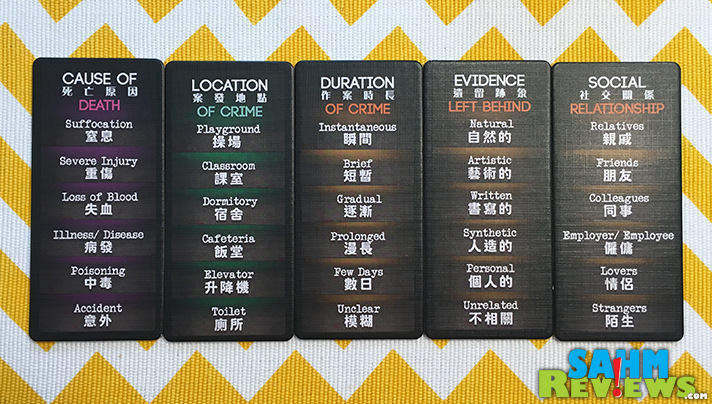 So what makes this so different from other hidden role games? The forensic scientist’s ability to actually participate. Most of the time, the moderator is simply instructing the other players on what to do and isn’t involved in any of the process. With Deception: Murder in Hong Kong, the abilities of the forensic scientist to provide quality clues, listen and react to the current conversations and adjust the hints as necessary to redirect the conversation is more important than anything else. That person’s ability to read the crowd is key.

Recommended for ages 14 and up, we easily played this with our tween. The most difficult part was making sure she knew what various items meant but the collaborative discussions naturally aided in that. The concept of murder itself is probably the most concerning part, but no more-so than zombies or pirates or even war games. After all, games are a great way to open a dialogue about difficult subjects.

If you enjoy games of deception then this is a must-have for your collection and if you are seeking a hidden role game that is unlike others, it fits that bill as well. Deception: Murder in Hong Kong is available on Amazon for under $40 or via the Grey Fox Games website for the same price. If you’re attending Gen Con then you should be able to pick up a copy there. It’s a hot commodity and sold out at Geekway to the West so be sure to monitor Grey Fox Games on Twitter and Facebook for updates on availability.

What was the last hidden role game you played?