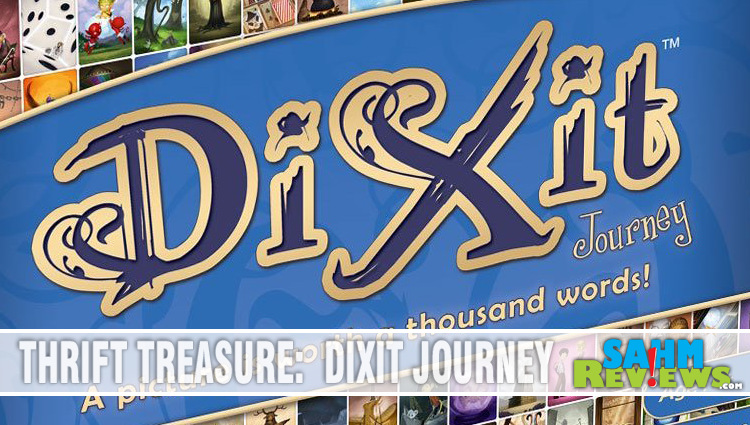 There are two sides to the thrift hunting we do for games. One is discovering titles that were completely unknown to us. The other is finding a known game at a significant discount. Bonus points if it is in the top 1000 on BoardGameGeek. This week’s thrift treasure currently ranks at #264 – pretty high considering the company of games around that level (King of New York, AquaSphere, Lost Cities). 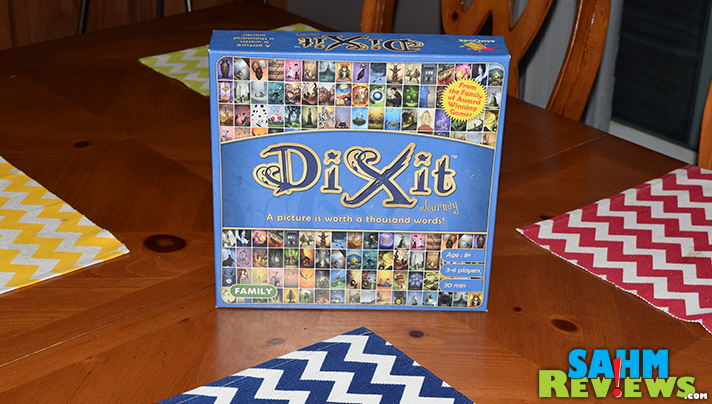 We were pretty excited to see Asmodee‘s Dixit Journey on the shelf of a Chicagoland Savers. Both of our daughters had played it once during our weekly game club meeting, so we were able to get it to the table very quickly after a few rules were refreshed. 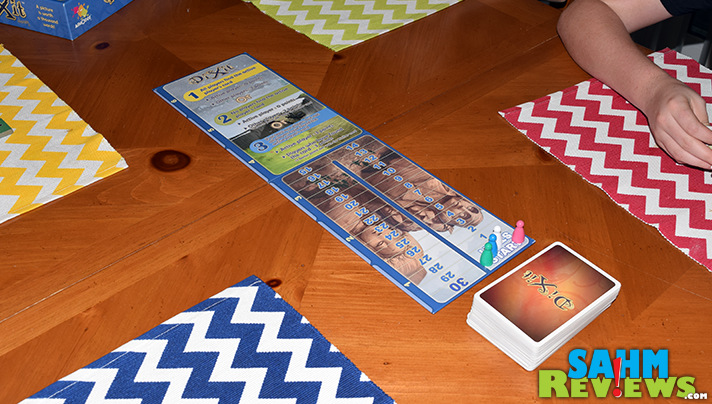 If you’re not familiar with the Dixit line of games, their most recognizable property is the abstract art on the tarot-sized cards. Each colorful card has multiple subjects, out of place objects and sometimes impossible acts being performed. No text or anything that specifically announces what the card represents. 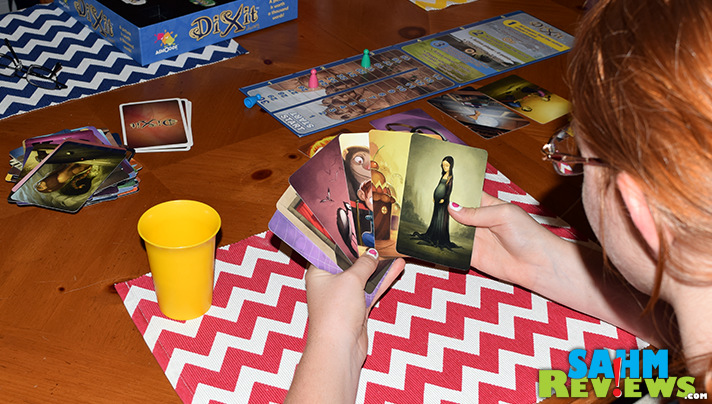 Dixit Journey supports 4-6 players and each one is trying to outscore the others by correctly determining which card the active player has chosen. This active player chooses one card from their hand, lays it face down and calls out any word or phrase to describe it. The other players then check their own hands to find a card which also closely matches the active player’s chosen word/phrase and hands it to them, also face down. 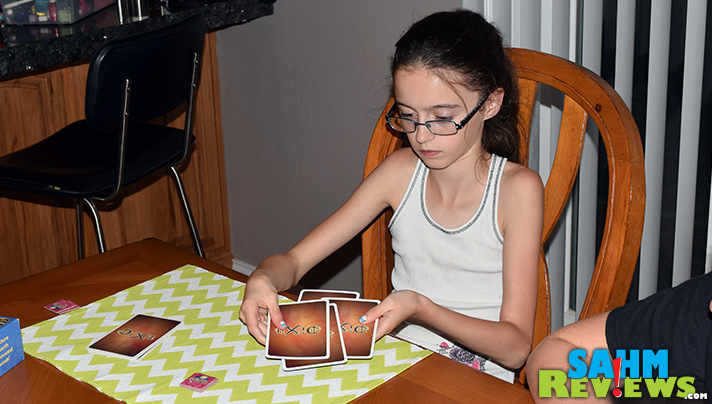 The active player then shuffles the collected cards and deals them out next to the board in the corresponding number spaces (denoting the number of players). Everyone except for the dealer now must try to decipher which of the 4-6 cards was the one the active player had in their hand. 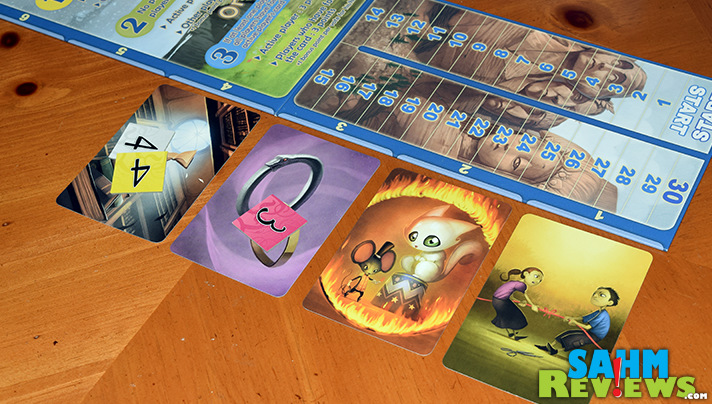 Using supplied voting tiles, each player chooses the one that corresponds to the number space of the card they believe the active player had. Once every player had chosen one they are revealed and placed on top of the card they selected.

If everyone selected correctly, they all receive two points and the active player gets nothing for their efforts. Same goes if no one selected correctly (although bonus points are awarded for someone else choosing your card incorrectly). But…if at least one person, but not everyone, guessed correctly then the active player and everyone who selected the right card receives three points (again, with bonuses for someone else incorrectly selecting your card).

First player to score 30 points or have the highest total when the deck of cards is depleted wins the game! We can definitely see why Dixit Journey is rated so highly on BGG and know that we’ll get a lot of value out of the $2 we paid at thrift.

While it is currently available on Amazon from some very overpriced 3rd party sellers, you might have better luck picking up a used copy on eBay for something closer to reality. Check out Asmodee’s complete line of Dixit products on their website and bug them on Facebook and Twitter to get them to do another run of Journey! The game is just too good!