Home / Recreation / Games / Are You a Werewolf? 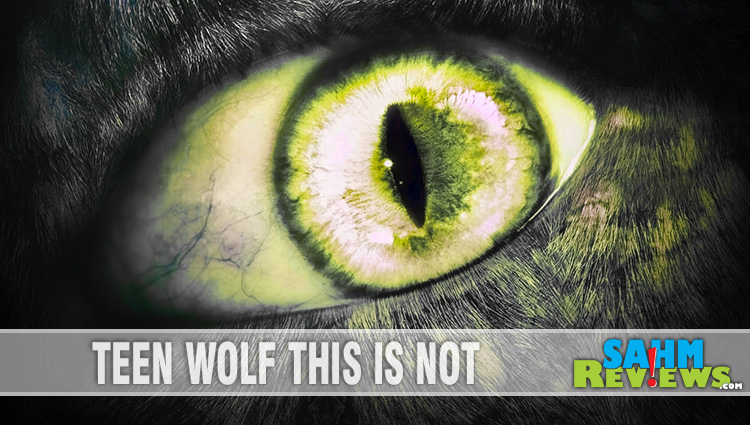 Are You a Werewolf?

If I mention the game company Looney Labs, undoubtedly you’ll think of the Fluxx line of card games. That’s quite OK, it is their most popular line and has more variations than I can count. We told you about the latest iteration, Holiday Fluxx, late last year. But Looney Labs has more than just Fluxx in their arsenal. They also have another great party game that will have you scared of your friends and family – Are You a Werewolf? 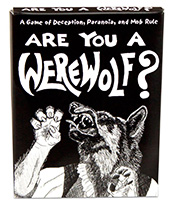 We enjoy finding games that are unique and will accommodate more than the typical 2-4 players found in most offerings. Are You a WereWolf? is unique in that you need AT LEAST seven players to play the game, and it will support up to sixteen!

You first might be alarmed at the size of the game. I’m not referring to the box size, which conveniently matches the size of Fluxx and Loonacy (another great Looney Labs title). I’m referring to the fact that the game is composed of twenty cards. Yes, twenty. And to top it off there are only four DIFFERENT cards in the deck. One optional “Moderator” card, a Seer card and the rest being Werewolves and Villagers. Would this skimpy deck be enough to keep a party of 7+ occupied? Let’s see. 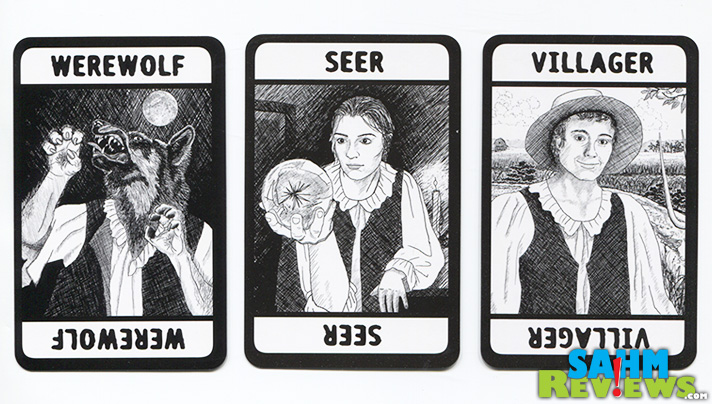 Each player is dealt one card face down. That is their assigned role for the game which they do not disclose to each other under any circumstances. The object is to rid the town of all werewolves before they kill all of the villagers. One player is the Moderator and that person takes on the role of the judge. He will know who is who and helps keep the game moving forward. Each round is divided into nights and days (can you guess which is more dangerous?). 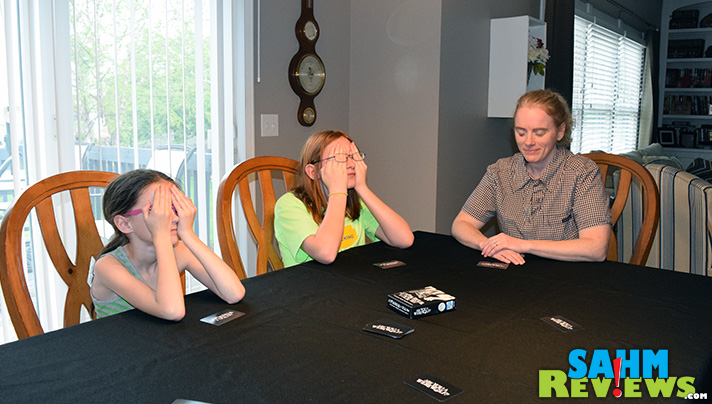 Night falls and everyone closes their eyes. The Moderator will announce:

At that point, the werewolves know who their teammates are and agree on a victim. The moderator confirms their selection and says:

The point of this is to give the Seer (who is technically also a friendly villager) some insight into who might be a werewolf. If they point to a werewolf, the moderator gives a thumbs-up. Otherwise they display a thumbs-down.

Seer, close your eyes.
The sun is rising. The night is over.
Everyone, open your eyes and see that this person has been torn apart by werewolves.

The moderator points at the victim who reveals his or her card and says nothing for the remainder of the game. 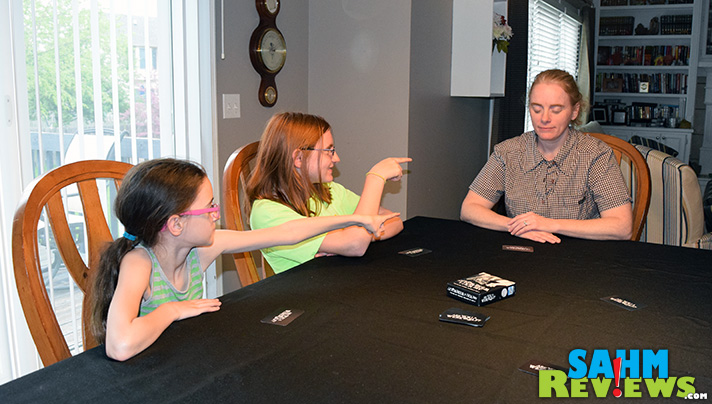 Daytime arrives and everyone (even the werewolves) discuss who might be a werewolf. The mob wants justice and votes to lynch someone. The lynched player shows his or her card and also says nothing for rest of the game.

Are You a Werewolf? is rated for ages 12+. We’re assuming this is for the content, which can easily be softened if younger players wish to partake. It also has a wide range of time needed (20-60 minutes) which will obviously vary quite a bit depending on the number of players you have.

With a MSRP of under $8, if you don’t have a similar game in your collection this would be a good choice. You can find it at your local game store, on Amazon and in most major bookstores. Check out Looney Labs on Facebook and Twitter – they’re always talking about upcoming products, giving away promo cards and even full games! They even have a new game line using plastic pyramids that we hope to tell you about in the future!