When I’m looking for a puzzle challenge but don’t feel like picking up an electronic device, I usually turn to one of the titles from ThinkFun. We’ve told you about a number of their solitaire puzzles like Hoppers and the Shell Game, each with challenges that get harder and harder. I am ashamed to say we haven’t finished a single one of them. We usually get to the more difficult levels, but there is always one or two that stump us. Frustrating, but that’s what we enjoy about them.

But our favorite so far has been one of their newest, Gravity Maze. It’s a three-dimensional puzzle that really challenges your spatial awareness.

As you can see, we turned this solitaire game into a family affair. It was a perfect game for cooperation, and although we haven’t solved them all either (yet), it is one we regularly return to hoping we’ll finally be able to call it “finished”.

Something similar happened with another title from ThinkFun. Rush Hour is another logic puzzle that had people working together to solve the problem of getting their car through traffic. The street is set up according to a card, with subsequent cards getting harder and harder to solve. You slide the cars back and forth to create an exit route for your vehicle. Get your car to the other end of the board and you win that round.

This game was perfectly suited for conversion into a form that would allow for some friendly competition with a puzzle that changed as the game progressed. Rush Hour Shift is the follow-up to the award-winning Rush Hour. But instead of solving predetermined layouts, you take on a human opponent! 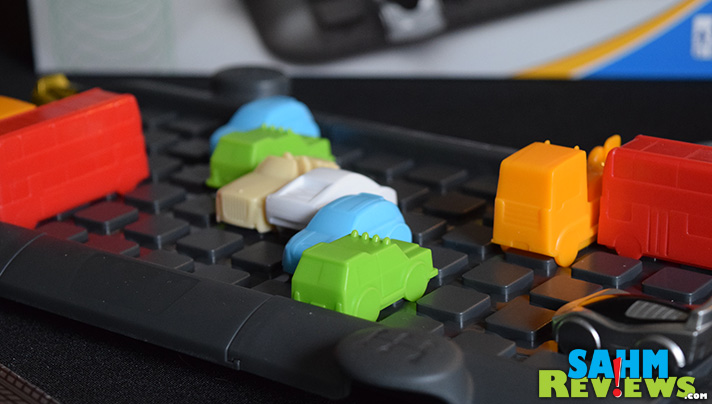 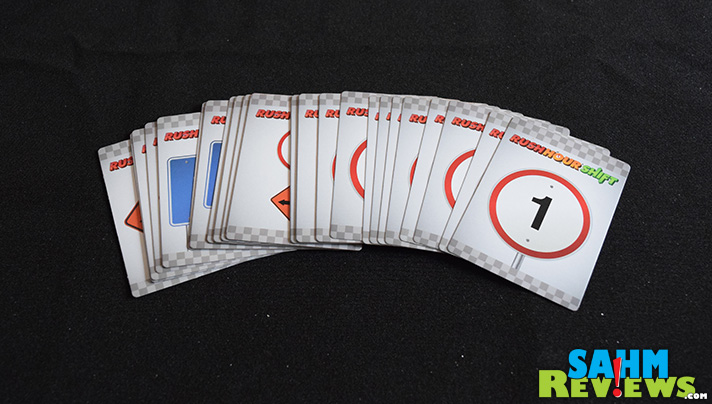 The instructions include a few suggested board setups, but you can create a puzzle of your own as long as you make sure both sides are mirrored so no player has an advantage. This isn’t a race – each player works from a hand of four cards (play one, draw one) that determines what moves they have available. 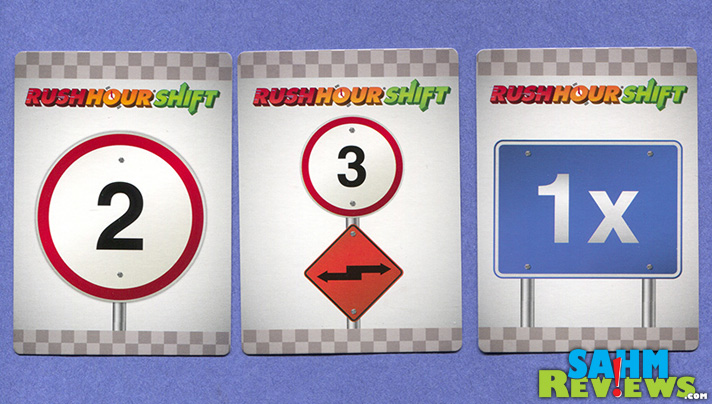 You might play the card on the left to move your car (or any other vehicle) two spaces forwards or backwards. Choose the card on the right and you move your car forward as far as it will go until it runs into something or off the end of the board for the win. The middle card allows you to both move cars three spaces AND shift the board!

Therein lies a new twist in Rush Hour Shift. You and your opponent have the ability to completely move the road instead of the cars, opening up new paths for you and hopefully blocking the other player at the same time. There aren’t many things more fun than messing up someone else’s plans! 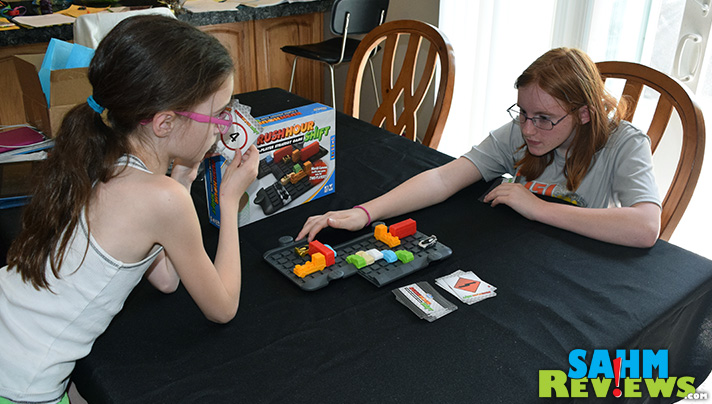 First player to maneuver their car through the traffic and off the other side of the board wins the game. Want to learn more? Watch this video put together by ThinkFun.

Rush Hour Shift includes a mesh carrying bag, making this a wonderful travel game without worrying about crushing a box. You’ll find copies on Amazon for around $25, at your local retailer or directly from ThinkFun’s website. Keep an eye out for new product announcements from ThinkFun on their Twitter and Facebook timelines – they’re always coming up with something new!

18 thoughts on “Shifting from Single-Player to Multi-Player”