Do you remember those triangle peg board games where you jump pegs trying to get down to just one? I know our family had one and at least one of our favorite restaurants had them on the table to entertain you while they eventually got around to making our food. I know I solved it once, but could never remember how I did it. 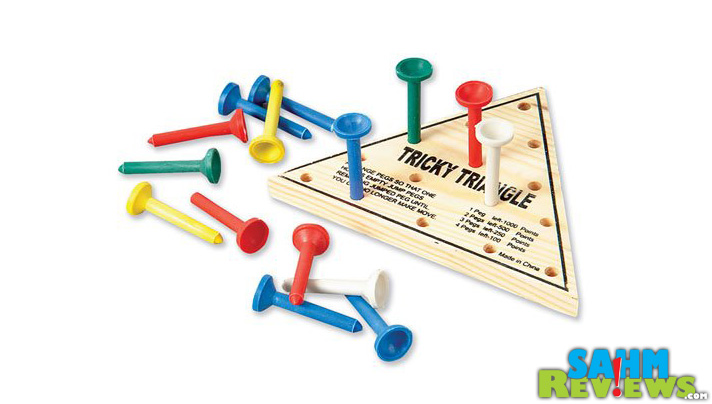 There’s a relatively new game by ThinkFun that takes this game to another level. With a frog and lily-pad theme, Hoppers allows you to relive your peg-jumping frustration and hopefully overcome it. 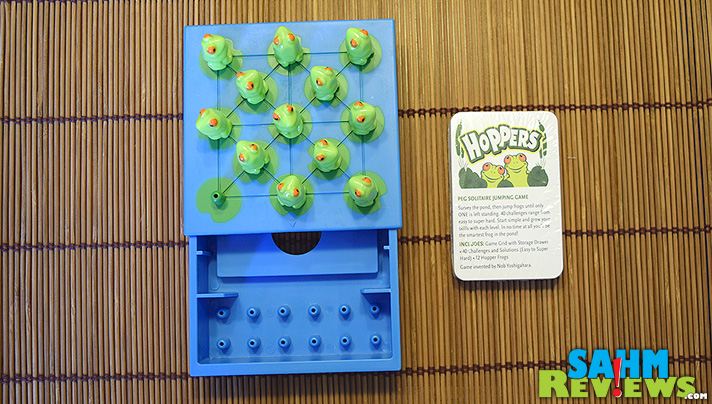 Unlike other games where keeping the box is a must, Hoppers comes equipped with it’s own storage. The plastic box houses a draw that stores all twelve frogs and the entire deck of cards. Cardboard box – meet trash! 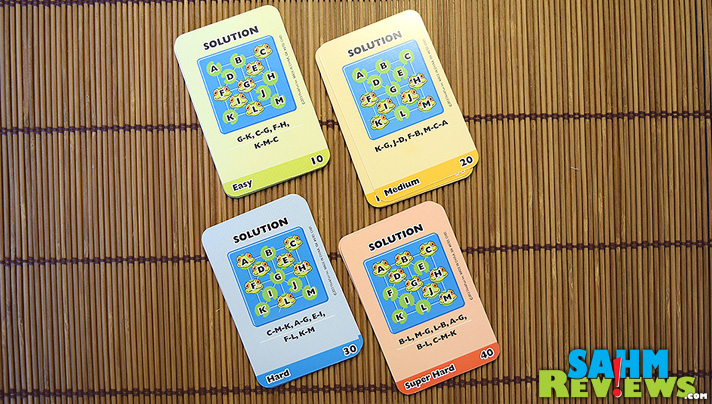 What makes Hopper different than your standard peg game is the introduction of various starting patterns, all coded by their difficulty. The “Easy” cards will be rather simple to solve for everyone, including kids. But moving up to “Medium” and higher will definitely give everybody a challenge.

Here’s an example of the first board (an “Easy” one). In three moves you should be able to reduce the frog population to one. 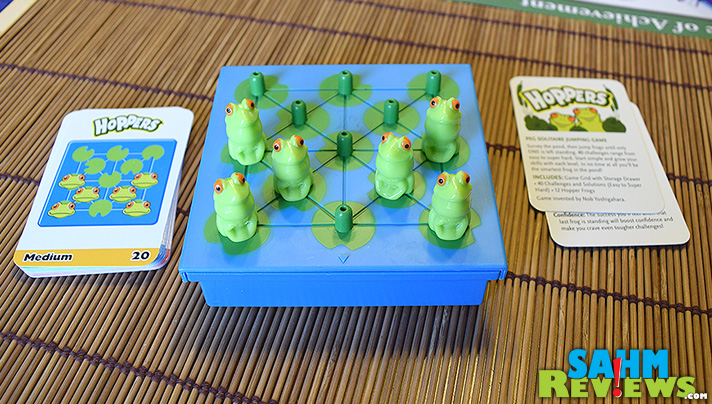 This “Medium” layout is quite a bit harder. I must admit, getting down to just one frog took me quite a few trial-and-error turns before I finally figured it out.

Both of my girls and I enjoyed trying out the various puzzles and it should have some good replay value. The fact that it stores itself will lend it to being a good travel game.

I did have two things I wanted to mention that I would consider downsides. The best instructions on how to play are printed on the cardboard box, so I did dig it back out of the garbage to keep. The frog theme might also turn off older players because it does look like it targets pre-teen kids, but if you can get over that, you’ll have fun figuring out all 40 puzzles.

You’ll find Hoppers available on Amazon for under $15 and would be a perfect birthday gift for your child to give to a friend. ThinkFun also has a number of other offerings for all age ranges, so be sure to check them out on Facebook and Twitter also!

(I haven’t been able to complete a “Hard” one yet, maybe you’ll hop to it quicker than I!)