Last week we introduced you to a new way games are making it to market when we told you about Alpha Bandits and their Kickstarter project. This week we bring you a proven success story also from the game world, Robot Turtles. What makes this story a little different is that it really isn’t a game, but a learning tool disguised as a game. One that I believe you will want to seriously consider for your budding computer scientist. 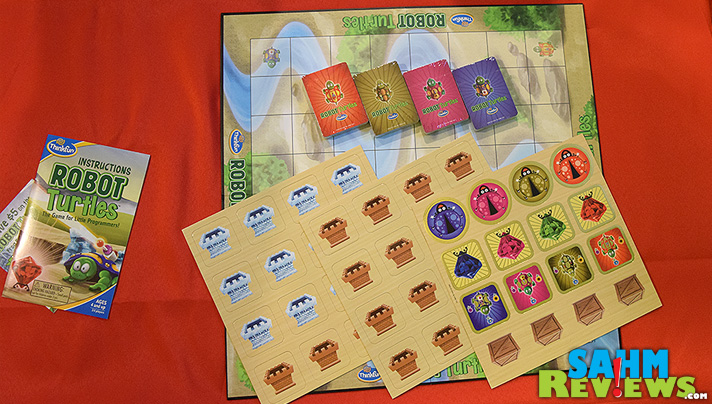 Originally a Kickstarter project, their goal was to raise $25,000 to get the game into production and into the hands of a small amount of game-players and parents. Fast-forward a month and they successfully complete their funding with a whopping total of $631,230 raised and well over 10,000 copies pre-sold. To-date it is still one of Kickstarter’s most successful campaigns.

Now the ‘game’ has hit mainstream and is offered by game veterans, ThinkFun. We previously told you about another offering of theirs, Hoppers, and knew the quality of Robot Turtles would be just as good. Once we saw the great graphics, strong colors, solid diecutting and heavy weight of the board, we knew they hadn’t cut any corners in the manufacturing process. 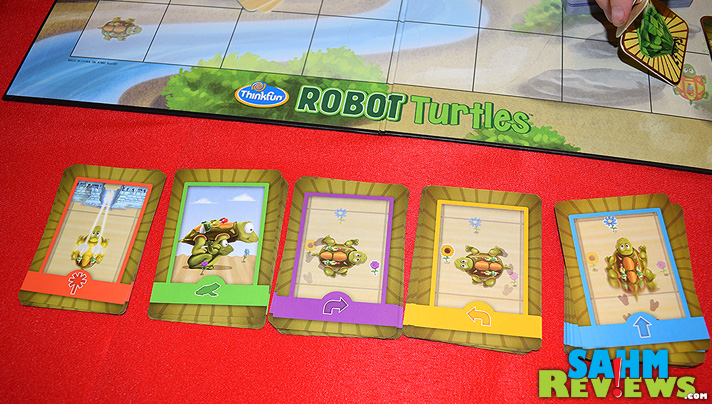 But as I mentioned before, this really isn’t a game. No one loses (and everyone wins). This is a computer programming lesson disguised as a kid’s game. Robot Turtles aims to teach young players the critical thinking necessary to move your turtle from point A to point B without him getting lost or running into an object. Adults act as “Masters” that move the turtle according to the instructions laid out by the player. 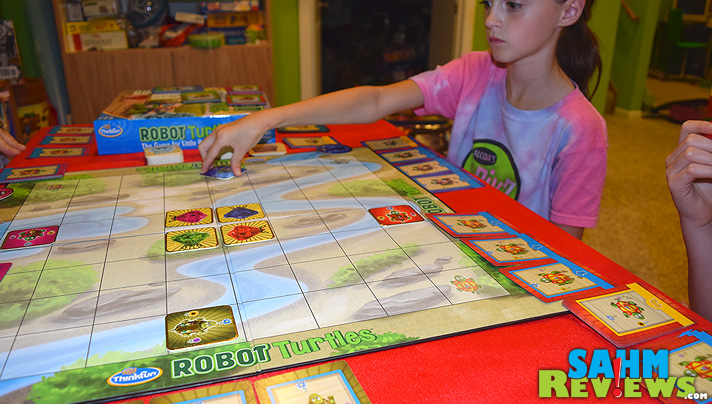 Using the included instruction cards, you build a “program” that dictates the move of your turtle. If you’re familiar with Lego robotics, then you’ll easily understand the programming theories that they’re trying to teach. 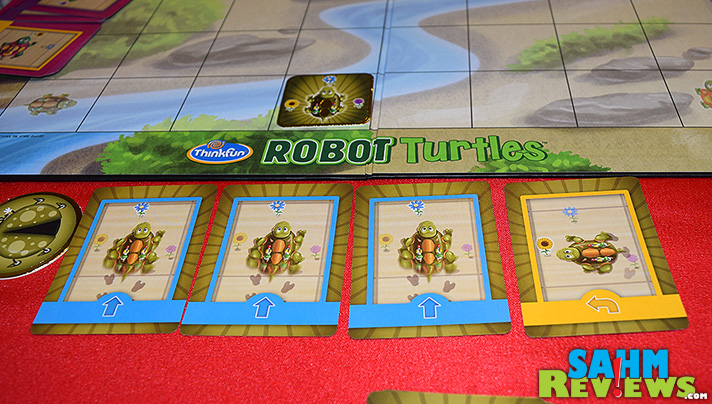 Once you successfully navigate your Robot Turtle to the gem it is trying to reach, you win. After an adult feels you have mastered a level, new items you can use become unlocked. There are stone and ice obstacles, as well as lasers to help melt the ice (all different commands in your program). 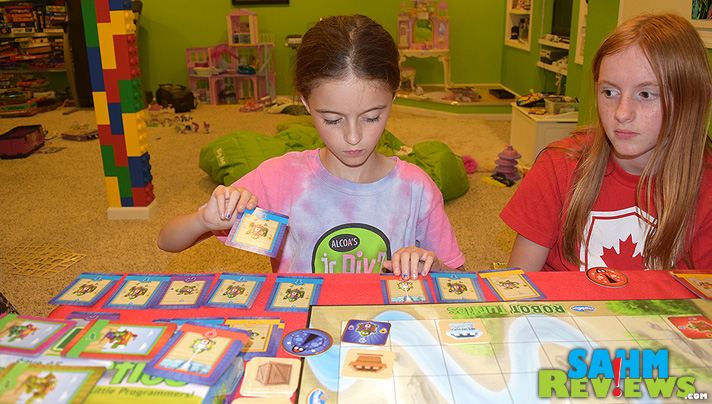 All of these features are easily played by a child as young as 4, but the final unlockable will challenge everyone. That is the “function” card. This card allows you to define subroutines that lets your turtle perform a set of commands multiple times without using the same cards in repetition. Obviously a basic necessity of programming and the area where Robot Turtle really shines in getting the lesson across. Once your child masters this last bonus, they will have grasped the basic structures of nearly any computer programming language.

Now that Robot Turtles is available at retail, you can pick one up directly from ThinkFun or on Amazon for under $25. Considering the cost of private tutoring, it looks to be quite the bargain. And who can pass up turtles with lasers!