Home / Educational / Become a Code Master in a Weekend

Become a Code Master in a Weekend

Coding and programming has come so far since I took my first Basic class back in high school. At that time I was happy to write a subroutine that had the computer ‘speak’ back to me with a “Hello”. Code lines were numbered and recalling them for the proper “Goto” command required pen and paper by your side. Today, a good portion of programming software is WYSIWYG and as simple as drag-and-drop. My daughter competed in the FIRST LEGO League competition last year and her team placed first in the state for their score in the robot challenge.

If you’ve ever seen the software behind the robots, you know it is designed for young minds and features the ability to drag-and-drop commands onto a timeline. Then through trial and error they can get their robots to perform a task (or tasks), hopefully in the allotted amount of time. LEGO does a good job of introducing young boys and girls to programming through their MindStorms line of toys, but the price is not cost-effective for most families. In fact, most kids must hope their schools invest in these items and offer them during after-school programs. Sadly, the majority just don’t have the budget.

Last year we highlighted a game that attempted to introduce programming to young kids by requiring critical thinking to move their turtles through a series of objectives. Targeted at children ages 4-7, Robot Turtles was a highly-successful Kickstarter campaign that exploited a lack of STEM-related toys for this age range. Over 13,000 copies were sold during the campaign, with it hitting mass-market retail shelves by Christmas. It even made our “10 Games Under $29” gift guide last year, and is expected to still be in great demand this holiday season. 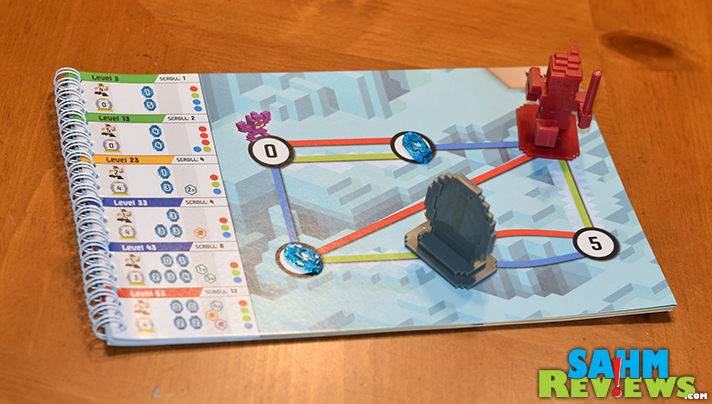 What about older kids? Specifically in the pre-teen category? ThinkFun has a new solution for them as well! Just this year they introduced Code Master, and it has already become an afternoon challenge for our girls as well as a certain ‘adult’ in our family. Why is it so engaging? Because although designed to teach pre-teens programming basics, it is more than difficult enough to challenge an adult – even on the medium level! Let’s take a look. 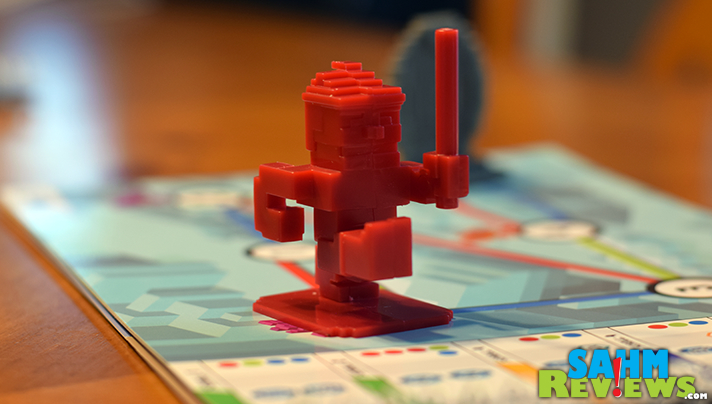 Your goal in Code Master is to figure out a way to get your Minecraft-styled miner to the escape portal while picking up a pre-determined number of crystals. On each page you are given a number of scenarios each with different difficulty levels. A beginner might just need to escape the mine in four moves, while the advanced level might require multiple passes through the mine, picking up gems and checking a yes/no question before you escape. 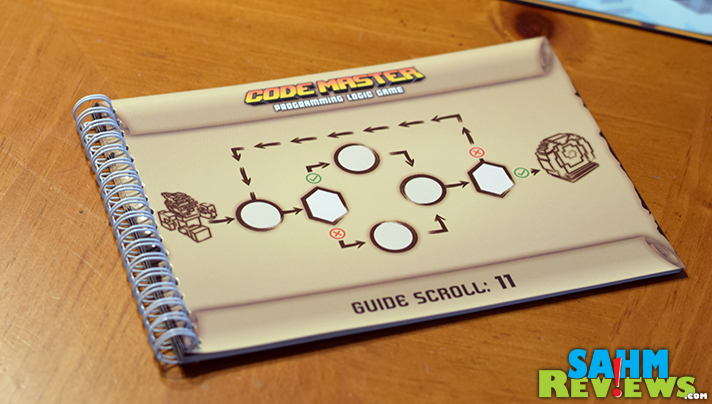 Every level has an associated “scroll” kept in a separate spiral-bound book that is your key to that challenge. It tells you how many commands are required and whether or not you’ll need to program a subroutine to complete it. The shapes on the scroll coordinate with like-shaped tokens that tell you to move on either a green, red or blue path, or perform a query to determine whether to proceed in the routine or repeat it. Those vary from checking the number of jewels you are currently holding to whether a purple or orange troll is blocking your path. 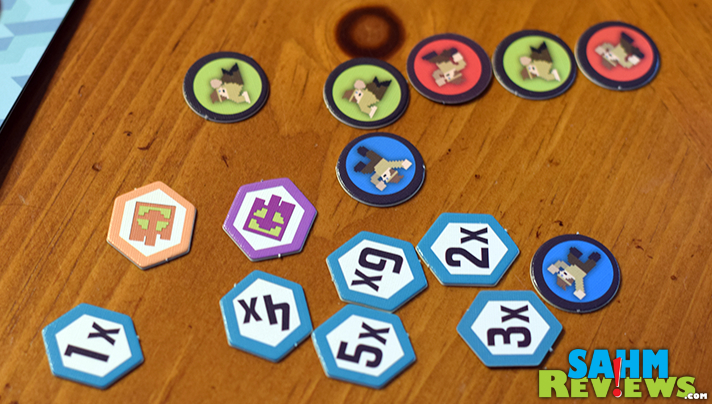 Take a moment to watch the video at the top of this page and you’ll get a feel for what I’m trying to describe. But I want to talk about value for a moment. We have all purchased a video game for our kids that gets a couple plays then collects dust.  That’s usually $60 for a couple hours worth of entertainment. Code Master retails at only $19.99 exclusively at Target, and I can assure you will get many many hours of enjoyment out of the 60 included puzzles! Looking at the price-to-playtime, Code Master is a value you cannot pass up. Plus, you’ll rest well knowing your children are actually learning a skill that will apply to many facets of their life. Something shooting an alien in a video game (hopefully) won’t. 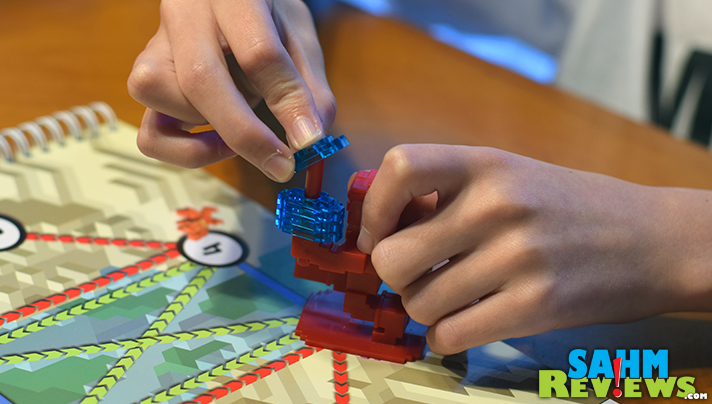 As I mentioned, Code Master is a Target-exclusive product from ThinkFun. If you have kids aged 8-12 to buy a Christmas gift for, you will not be disappointed by picking up a copy. We’d still recommend Robot Turtles for younger children, but with Code Master you might even find yourself playing a few rounds before you wrap it! This is one gem you cannot afford not to pick up. 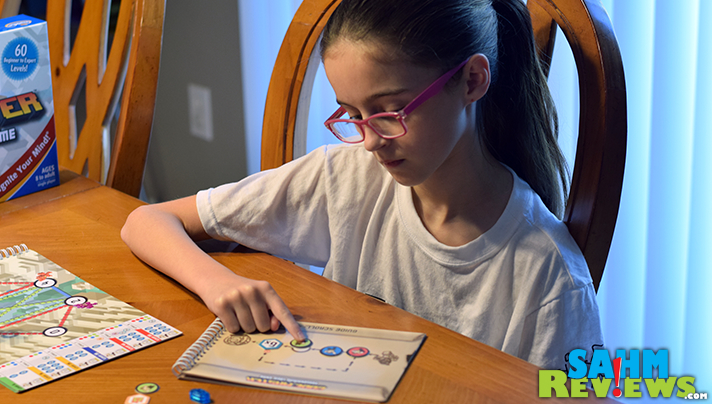 And thanks to the generosity of our friends at ThinkFun, we are able to give away a copy to one lucky SahmReviews reader! Enter using the form below and be sure to come back tomorrow for additional entry opportunities. Good luck!

29 comments on «Become a Code Master in a Weekend»