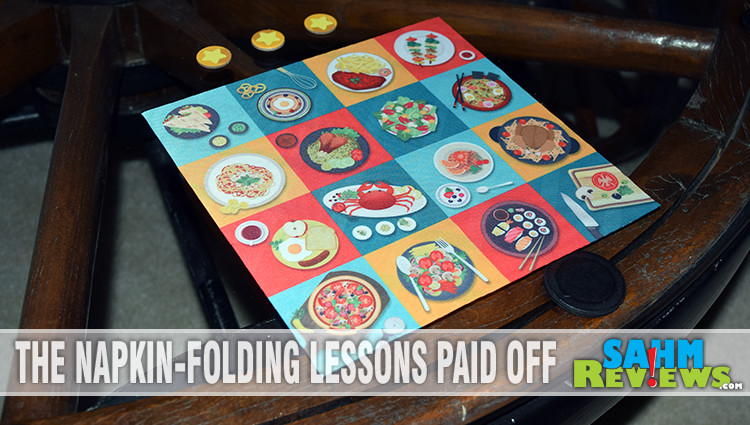 It’s not hard to understand that when a company publishes the same type of games successfully over a number of years, you come to expect a certain thing from them. When we play a game by Academy Games, we expect it to have authentic historical facts embedded into the game play. Any title by Genius Games should be deeply rooted in science, no matter how obscure. And if you’ve been a reader of SahmReviews for any length of time, you’ve seen the numerous single-player puzzle challenges put out by ThinkFun.

So when we heard of a brand new game by the makers of Code Master, Lunar Landing, Roller Coaster Challenge and more, we naturally assumed Fold-it would be another in a great line of puzzles. But it wasn’t – this was a brand new 4-player game that combined speed and dexterity, along with the requisite puzzle-solving ability ThinkFun is known for! 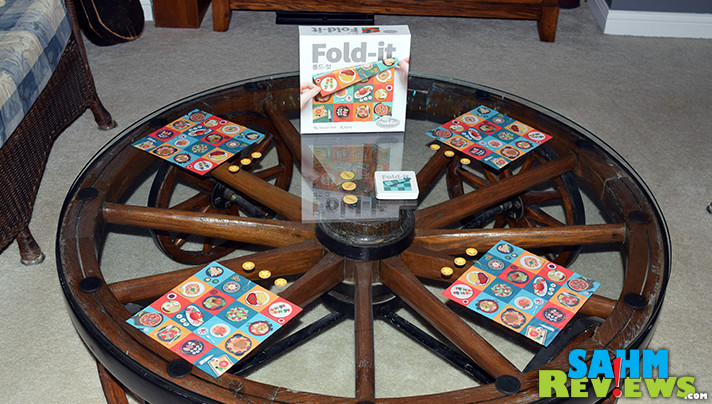 Advertised as a “Brainteaser Challenge Game”, Fold-it pits each player against each other as chefs trying to prove who has the quickest hands to assemble the customer’s order! Up to four players each receive a double-sided, custom-printed recipe cloth and three Star Tokens to setup the game. Two decks of cards are included, one with basic orders and the other with more advanced requests. Choose one of the decks to use, making sure you choose the easier one if younger players are participating (Fold-it is recommended for ages 7+, which we found accurate). 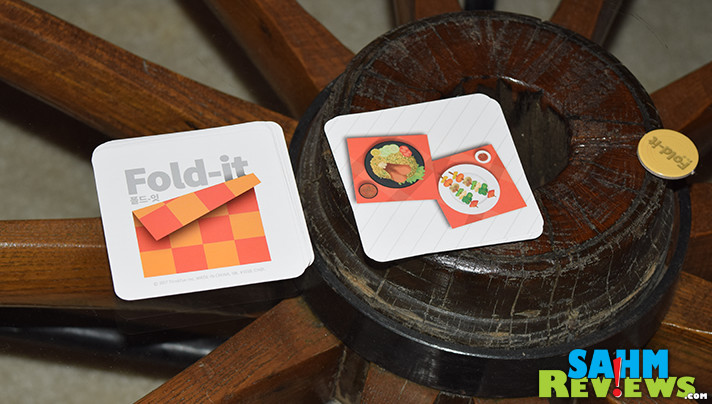 The object of Fold-it is to fold your recipe cloth along the printed borders until only the dishes represented on the card are visible. One player will turn over a card from the deck and everyone will race to fold their cloth as quickly (and neatly, please) as possible. When a player has finished their folding, they will grab one of the Fold-it tokens in the center of the play area. There are enough tokens for everyone but the last player (the number of players minus one)! 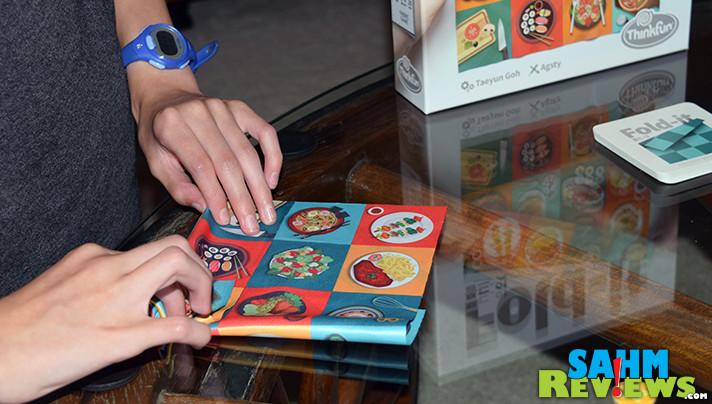 If you are the last player, or incorrectly assembled your dishes, you will lose one of your Star Tokens you received at the beginning of the game. Whoever comes in last during the round will be the one to flip over the next card into play. Again, chefs race to assemble this order in the same manner as the last round. Once you lose your third token, you are out of the game. The last player remaining to possess a token is the overall winner of Fold-it!

We were intrigued by the unique mechanic of folding a cloth to create your order. It’s something we’ve certainly never seen in any other game in our collection, and it reminds us of making paper origami animals (except this is much easier since it is all about squares). At first I was concerned the cloth would get dirty after a few uses, but upon reflection it seems ThinkFun thought of that issue and chose a material that does a good job of repelling dirt and grime and doesn’t seem to soak up liquid very easily (it is similar material to the one used for making eyeglass cleaning cloths). 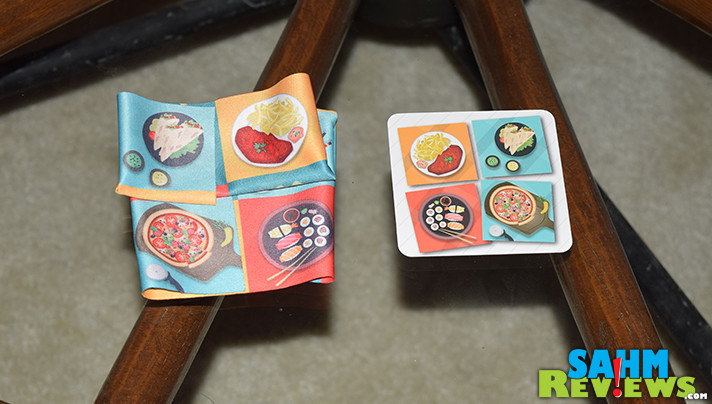 At under $20 on Amazon, it will make a cool addition to your game collection and one that probably won’t get replaced by something similar any time soon. Still not sure if you need a cloth-folding game? Enter to win a copy below directly from ThinkFun! And don’t forget to come back tomorrow for additional entry chances!