We’re back from Gen Con and confirmed something we’ve mentioned before. Games featuring polyominoes or polycubes (Tetris-shaped pieces) are all the rage at the moment. We counted dozens of new titles making their debut in Indianapolis and that is in addition to the ones showcased during Origins Game Fair.

Now don’t go thinking that publishers are just cranking them out trying to capitalize on a hot theme. Every single one of these types of games that we’ve tested have been complete, well thought out and downright entertaining. There’s enough space in the market for multiple titles and each one has managed to set itself apart from the others like Scarabya, Cottage Garden and Arraial by employing different mechanics, shapes and goals.

Take for instance the brand new Tuki by Next Move Games. Yes it uses polycubes (the 3-D version of a polyomino). But instead of just having you fit them into a puzzle, you must elevate them using other polycubes so they stand freely without human intervention! I realize this doesn’t make sense (yet), but it will – hang on. 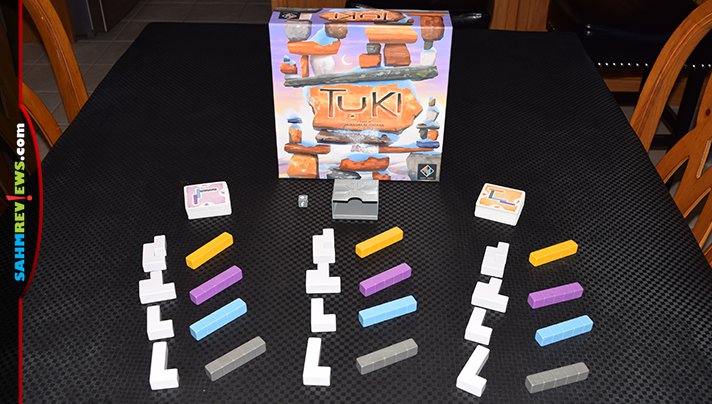 In Tuki, you and up to three other players will be racing to construct a Tukilik, an Inuit word describing an object that has a certain meaning. Like the famous Inuksuk, your structures will resemble human-shaped stone towers. 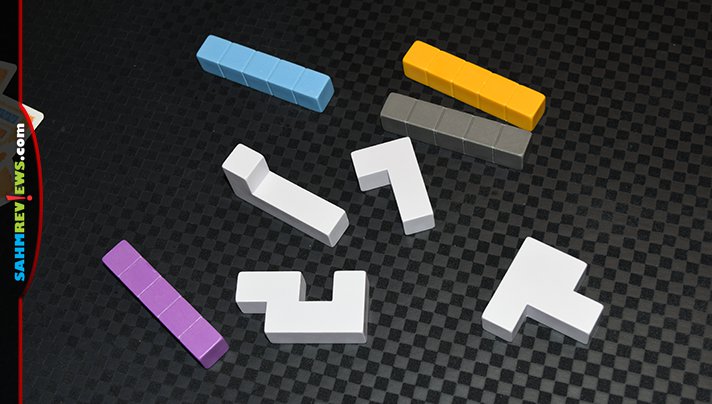 The first thing you’ll need to do when setting up the game is to decide if you want to play the normal or advanced version of Tuki. There are two sets of cards, one with 3 stones (normal) and one with 4 stones (advanced). Whichever deck you choose is shuffled and placed in the center of the play area along with a plastic stand to hold the active card. All players receive one of each colored stone (advanced version) or all but the orange stone (normal version). Additionally, each person takes one of each of the four different white polycubes which represent blocks of snow. 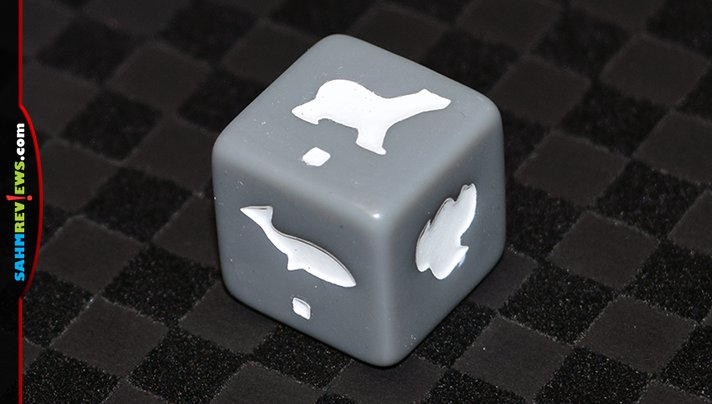 On each turn the active player will roll the included die, resulting in an animal shape. The top card is drawn and inserted into the plastic stand with the matching animal at the bottom. Additionally, if the die result also has a white block underneath the animal, your structure must not only match the card exactly, it must also be built entirely on snow without any of the stones touching the ground (the table). 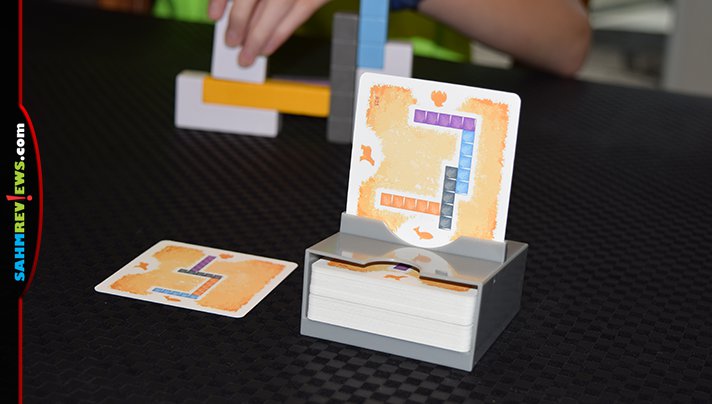 Using all of the stone pieces as well as the four snow polycubes, players race to construct the Tukilik depicted on the card. As soon as each player believes they have finished matching the object on the card, they announce the fact that they are done. When all players have successfully completed their sculpture, they are examined for correctness. If all of them are correct, the person who completed theirs last takes the card and puts it in front of them. If someone made a mistake while building (or more than one person), the one who finished incorrectly first takes the card. 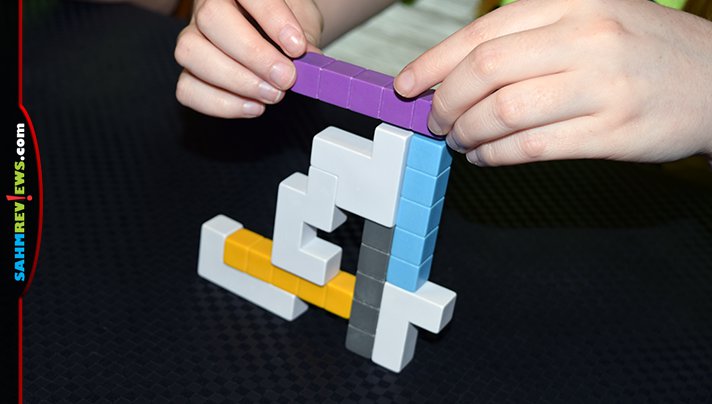 Another round is then played in the same manner with the person receiving the card having the duties of rolling the die and revealing the next challenge. In a 4-player game, that person passes their stones and snow blocks to the fourth player (Tuki only has three players active at any one time) and they will sit out a round. 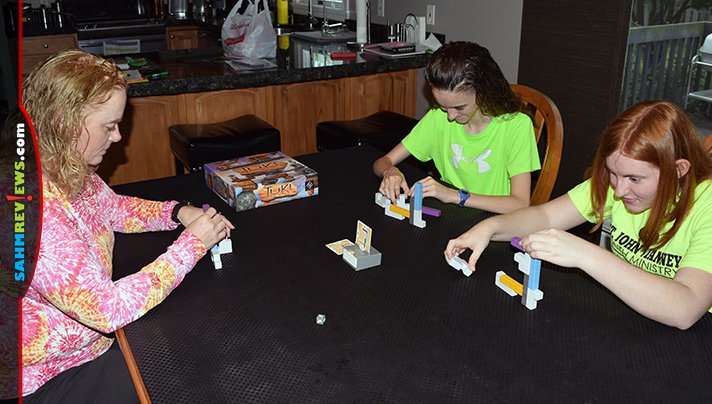 A game of Tuki ends when someone gets their fifth card. If only 2-3 players, the person with the fewest cards in front of them wins. If playing with the full compliment of four, one more round is played (the person who got their fifth card will sit it out) and the first player to correctly finish their Tukilik in the final round wins!

Because of the snow blocks, which are not identified on the puzzle cards, Tuki has made the standard practice of arranging the polycubes into a final answer much more difficult. You have to decide how to suspend them above the table and elevate them further if the dice roll demands it. All puzzles are solvable and you can look up the solution on Next Moves Games’ website!

Tuki is already available on Amazon, direct from the publisher and at your favorite local game retailer. If you’re not already, be sure to follow Next Move Games on Facebook to find out what their next move is! (I’ll see myself out…)

Have you played any of Next Move Games’ other titles? Azul or Reef?