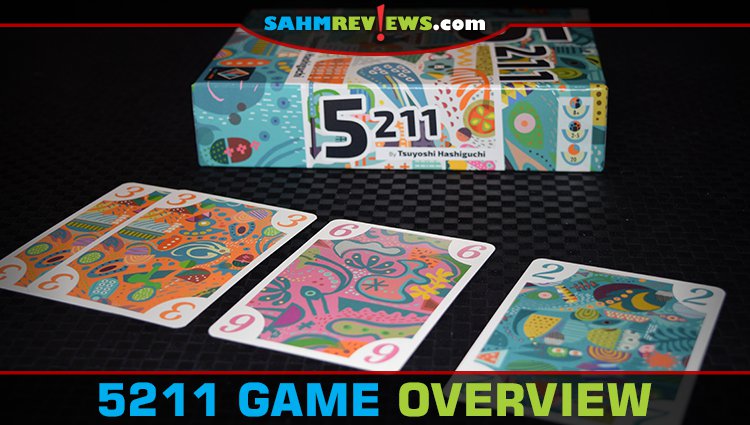 This past summer as we were walking through the exhibitor aisles at the annual Gen Con convention, we noticed a brand new title being advertised by Next Move Games. It wasn’t the components that caught our eye, nor was it the colorful artwork on both the box and the cards. It was the name – 5211. A number, nothing else.

We thought it was odd. Maybe it was named that way because of the number of ways you can play the game like 504 by Stronghold Games. Maybe that’s how many versions they created before it was perfected as with Heinz 57. It also seemed just as likely to have been copied off a fortune cookie’s lucky number insert! We soon found out that none of these were correct! The name 5211 was chosen for one reason – it perfectly described the game! 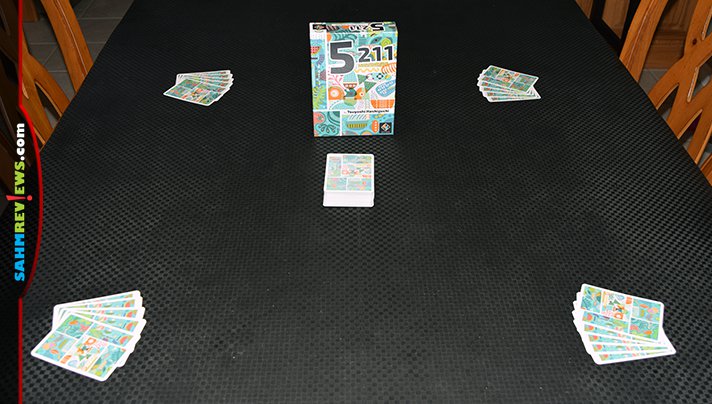 Five cards in the hand at all times. Play two cards, then one, then one more. That’s pretty much the entire ruleset to playing 5211. The deck of 100 cards is shuffled and five cards are dealt to each player (some cards are randomly removed if you’re playing with more or less than four players). 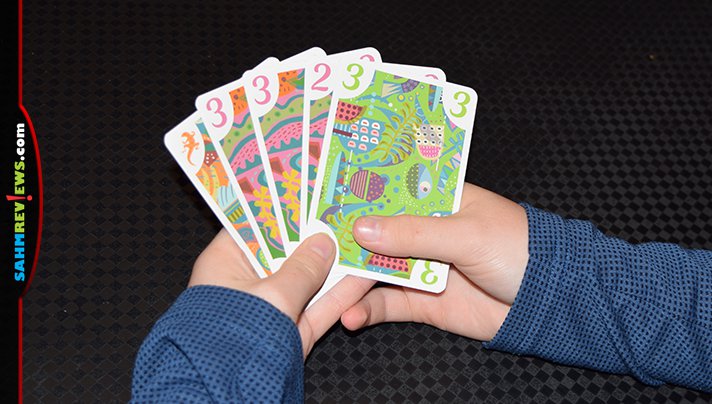 This isn’t a regular deck of cards, however. There are five colors (suits) and twenty cards in each color. Six 2’s, five 3’s, two 4’s, one 5 and one 6. There are also five Kododo cards worth one point each. (A Kododo, also know as an Aruban Whiptail Lizard, is found on the islands of Curacao and Aruba where it is an important part of the food chain). 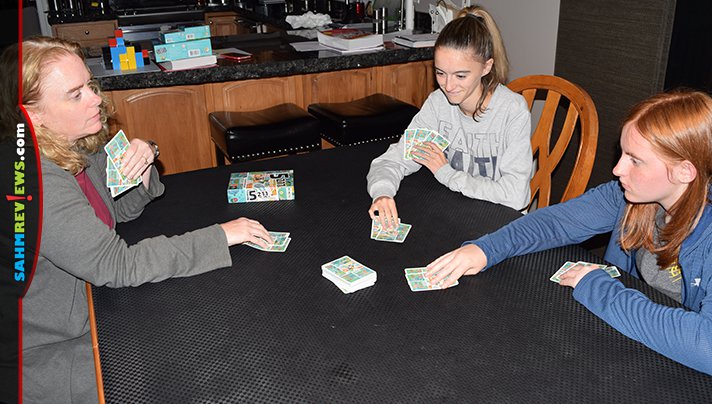 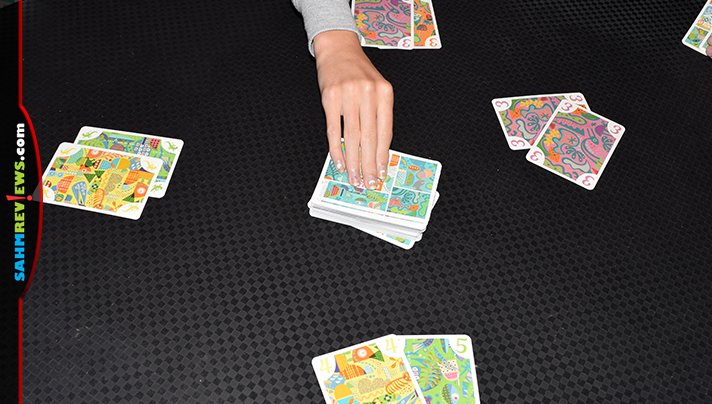 Once everyone has played their three turns and has four cards revealed in front of them, they are examined to determine how they will score. First, the number of Kododos are checked to see if they equal the number of players plus two. If so, all other cards are discarded and players who played the Kododo cards keep them in their personal scoring pile. 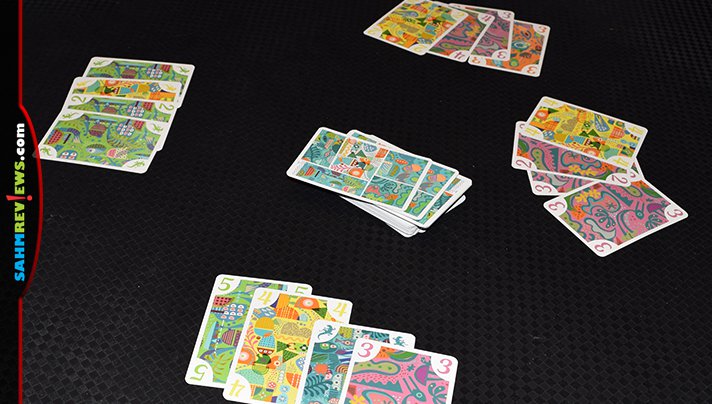 If the number of Kododo cards do not match the player count plus two, then the colors are examined. The color with the most present will become the scoring color unless it exceeds a threshold limit of the number of players plus three. If it does, that color is discarded and the next color that is represented the most is examined. If there is a tie for most, both colors are discarded and the next color is used. 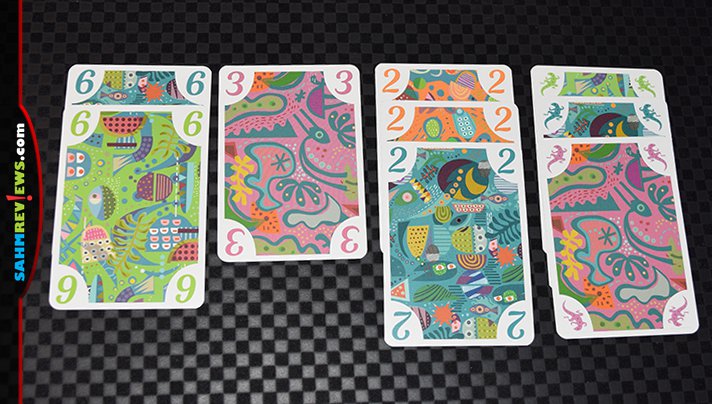 Once the winning color is determined, all other cards are discarded and any cards of that color, including Kododo cards, are kept by the person that played them in their scoring pile.. Another round is played in the same manner until all cards from the deck have been drawn and played. Players will count the total number of points in their scoring pile and the person with the highest overall total wins 5211! If tied, the player with the most cards is declared the winner!

We love games that can be taught in just a few minutes and rules that are simple enough for a wide range of ages to understand. 5211 fits this criteria and has a nice level of mental strategy that will keep everyone involved throughout the game. You can find 5211 at your favorite local game store, direct from the publisher or online on Amazon for under $13!

You probably remember us talking about Next Move Games when we featured Reef and Tuki. Head over to their website to find out what other games they offer and be sure to peek at their Facebook timeline to discover what they’re working on next!