What do you do with the game box when you sit down to play a board game? If you’re like most of us, it is set aside, usually to another table so it is out of the way. In most cases the box is unneeded until it comes time to pack up the game. On occasion we’ll need to keep it close by since older games tended to have the instructions printed on the inside of the lid.

A few industrious publishers have put the box to good use and made it part of the game. Kung-Fu Zoo, Tabletop Golf and Banana Bandits are great examples of games that use their boxes in creative ways. The brand new game from HABA, Snail Sprint!, takes this idea one step further. The box is not only part of the board, because it is made from metal it transforms the board into a 3D play area! 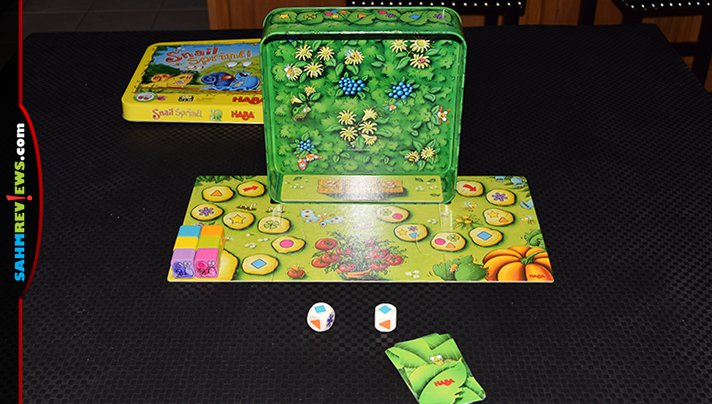 Snail Sprint! is a (slow) race between six colored snails. Up to four players can play and do not control an individual snail. Instead, each player will receive a randomly dealt card that displays three of the six colors in the race – these are the ones you’ll receive points for how they fare. This is similar to Restoration Games’ Downforce, where you place bets on who you think will win, place or show, or Gamewright’s Tiki Topple where you’re awarded points for a color finishing in the listed place or better. Instead, in Snail Sprint! you are assigned your color and earn points based upon where they finish.

To set up a game of Snail Sprint!, all you need to do is quickly assemble the three-piece puzzle-attached board. Grab the metal box bottom, randomly choose one of the edges to use and place it upright into the divot on the board. Each side of the box is different, allowing for a unique pathway each game. Place the podium tile inside the bottom edge of the box, which signifies the finish line of the race. 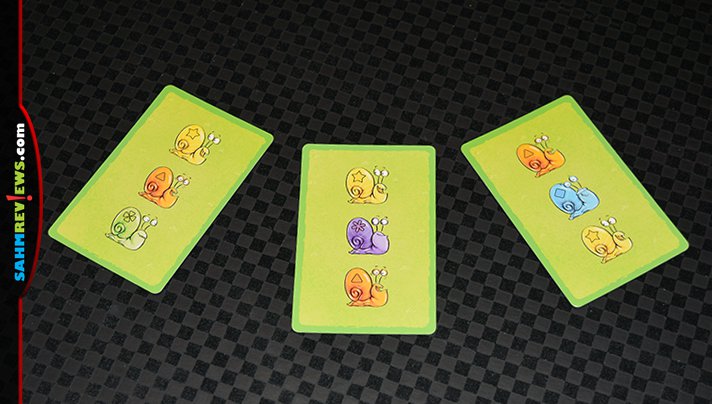 As previously mentioned, all players are dealt one of the twelve race cards. These are kept secret from other players and reveal which three snails you will score with. The six wooden snails with magnets on their base are placed in the starting area and the two custom dice are set within reach of all players. Pick a player to roll first and you are ready to begin your Snail Sprint! 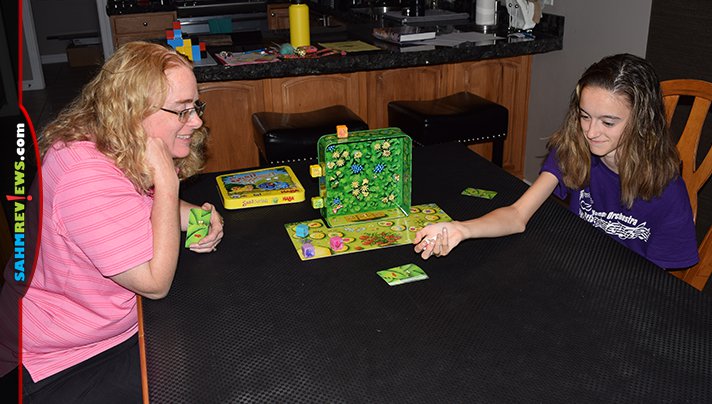 On a turn a player will roll both dice. These yield one of the six colors (or shapes, for color-deficient players) that match both the snails and spaces on the board. The active player has a choice as to how they apply the results. They may move the snail matching die #1 to the space on the board matching die #2, or vice-versa. 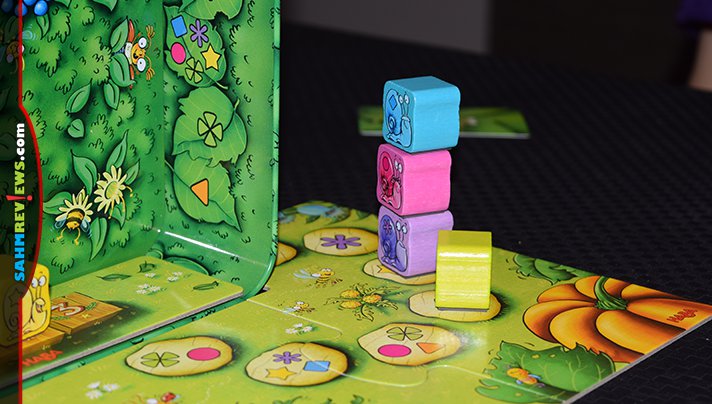 When moving, the snail moves to the next open space matching the die’s color OR to the top of the snail the same color as the destination die if it comes first. That snail may now not be moved until the snail on top of it has moved off. Snails can also stack multiples high, locking up your choices until they continue down the track. If neither of your dice results can be validly moved, the rear-most snail moves forward one space. 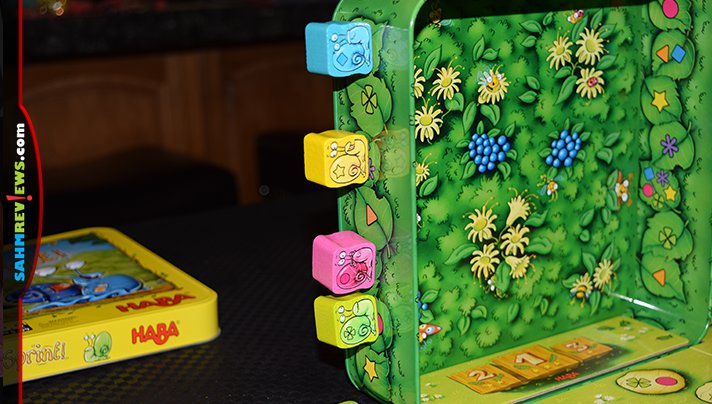 Once the snails reach the edge of the game box, they continue up the sides! The pathway is printed on both the inside and outside of the box so it can be seen by all players. If a snail is on one of the vertical edges, it cannot be landed upon. Instead, snails always move to the next open space matching the die result. Once on top of the box, gravity takes back over and allows for the snails to crawl over each other again! 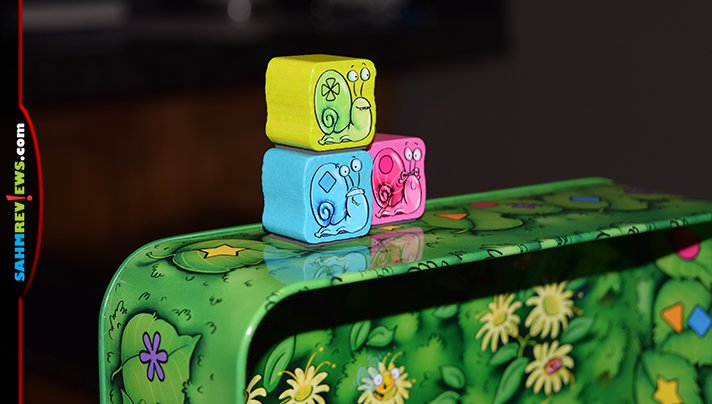 Players take turns rolling, deciding and moving until the snails begin to reach the finish line. If a roll results in a destination that isn’t represented between the snail and the podium, then that snail immediately moves to the highest position on the stand. The first three snails to reach the podium are the race winners!

Comparing their race cards, players will receive three points if the first place snail is on their card. Two points are awarded for second place and one for third place. Everyone adds up the points they received (maximum score is six points) and the person with the highest total wins Snail Sprint! If there is a tie, those players share the victory!

Snail Sprint! is recommended for ages 5+ and can be found at your favorite local game store. If you cannot find it locally, pick up a copy on Amazon for under $30. You’re already aware that HABA is known for their comprehensive line of yellow-box games, but a quick look at their website impressed us with just how many options there are! And you’ll find regular announcements about upcoming titles on their Facebook and Twitter timelines!

What is your favorite yellow-box HABA game?