If you remember reading about our thrift store find last week, Circulo, you’ll recall that we were at an out-of-town Goodwill and happened across a couple things we hadn’t played before. The second game we carried to the checkout lane is designed for ages as young as four – not our normal fare. But we could not resist the three-dimensional game board and cute art! 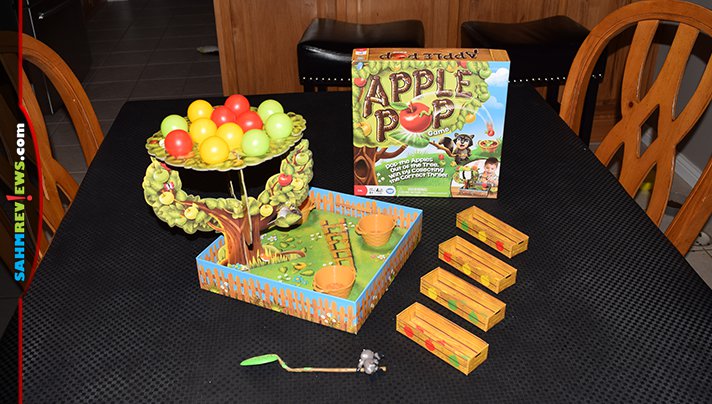 Apple Pop by Wonder Forge allows up to four children to test their dexterity by knocking apples from a tree and trying to get them to land in baskets. Before you can play, you must first assemble the 10″ tall tree and board and populate it with the roundest plastic apples you’ll ever see! All players receive an apple crate, which is placed in front of them in sight of all participants. 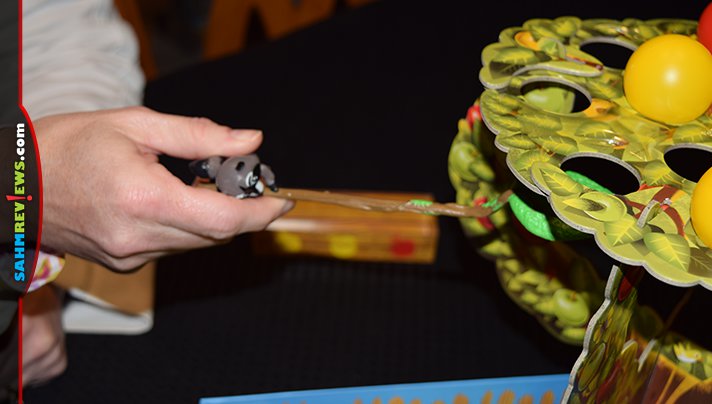 On a player’s turn they will use the included plastic branch and leaf to knock out one of the apples from below. If it falls into the fenced yard (game box), that player may take the apple and place it in their personal crate. If it happens to fall into one of the three baskets in the yard, not only do they get to collect the apple, they get to take another turn! 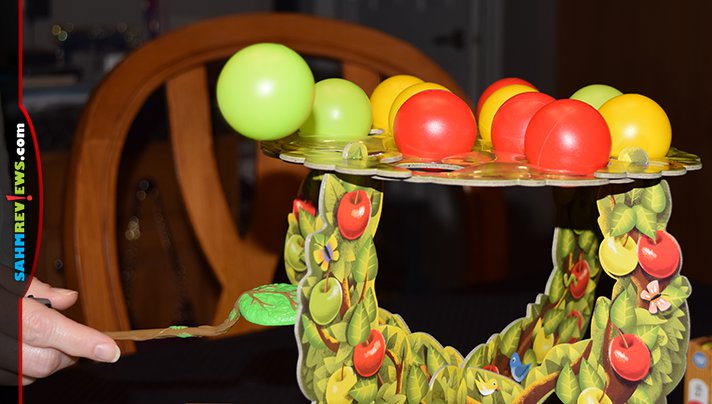 If the apple doesn’t fall from the tree (gets stuck), falls outside of the box or is a color that the active player didn’t need, then the next player in turn order gets to put the apple back into any spot on the tree before taking their turn. 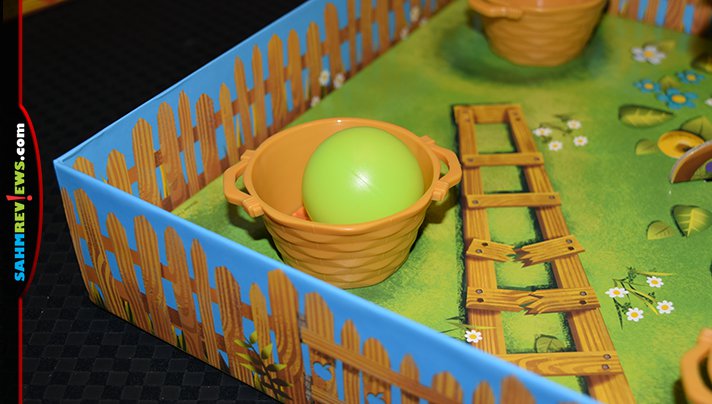 Each apple crate is labeled with the three different colors of apples represented in the game. Each player is trying to collect one of each color, and the first to do so wins Apple Pop! 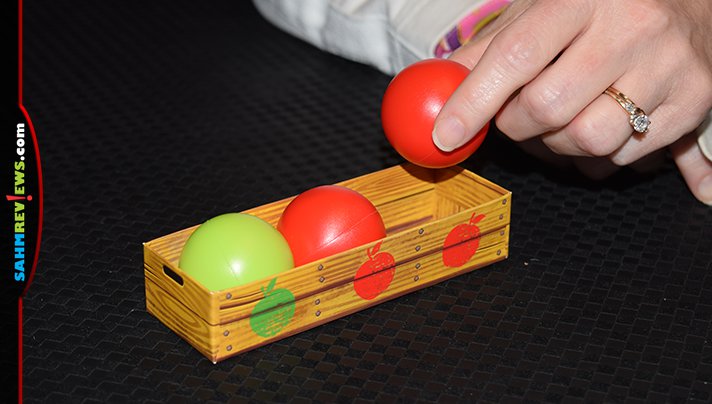 Once again, Apple Pop is definitely designed for the younger game player and will take you longer to assemble than to play a round. But because the game is so brief, we can certainly see kids asking to play multiple rounds! It’s currently under $17 on Amazon, a bargain considering the table presence the game has when assembled!

As an adult, what is your favorite kid’s game to play?