While we’re on the subject of flicking and dexterity games, I almost neglected to mention another unique one we picked up while at the Origins Game Fair. This one takes the idea of flicking a token for position to an entirely different level by using dice instead of wooden tokens. It is still animal-themed, but instead of dinosaurs, Kung-Fu Zoo by WizKids is all about modern-day examples you’d find in your local zoo. 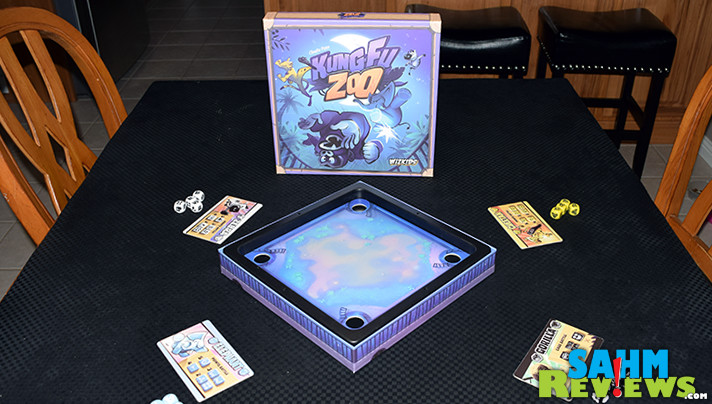 Inside the box you’ll find four Animal Cards and sixteen custom Animal Dice, four for each animal. Uniquely, the box for Kung-Fu Zoo also doubles as the game board thanks to the inclusion of a custom plastic insert. This is the arena the animals will battle in, with the last one standing being the ultimate victor. 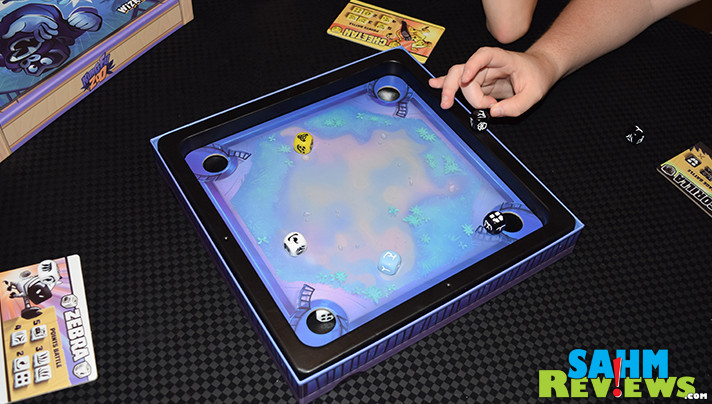 Each person (up to four) selects one of the animals (zebra, cheetah, elephant or gorilla) and takes the corresponding Animal Card and Dice. Around the edge of the arena are tiny dots molded into the plastic. These represent your starting point and you begin your turn by placing one of your four dice on that point and flick it into the arena. The next player now does the same from their side of the board and so on until all handlers have introduced two dice to the arena. 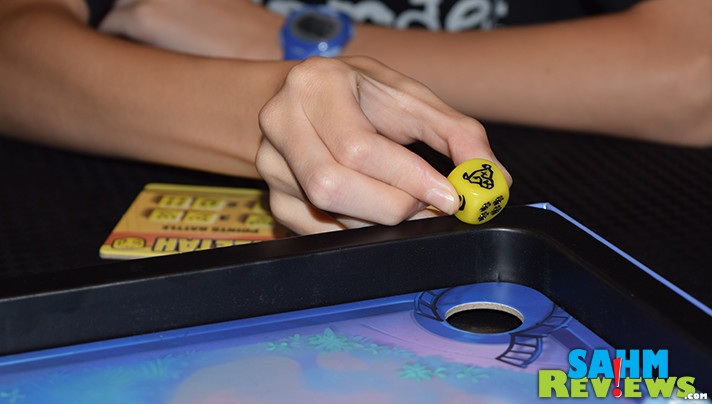 On subsequent turns, the exposed side of the die dictates what you may do with it. If the animal is face-up, you may pick up the die and flick it from anywhere on any rail. Feet-up animals are considered stunned and cannot be activated this turn. All other animal depictions may be flicked from the midpoint of any rail. By flicking, you are trying to either knock the other animals back into their cages (holes in each corner of the board) or stun them by knocking them feet-up. Knock an opponent back into their cage and get another free flick, assuming you have dice in the arena you can use! 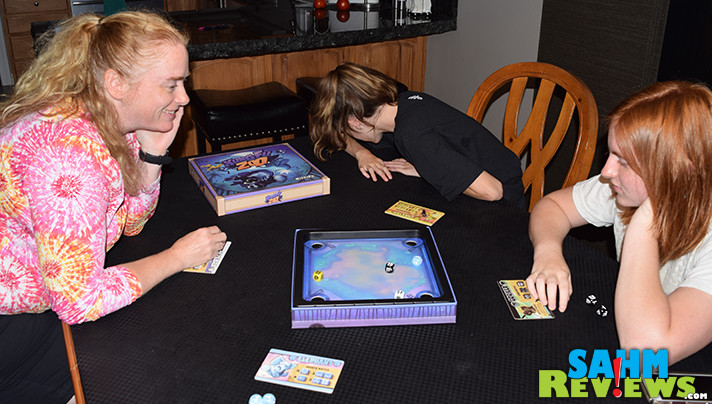 Once your two starting dice are eliminated from the arena, you may now employ your second pair of dice in the same manner (this is for 4-players, 2-players simply use all four of their dice). A round is won when one player is the only one to have any active animals left in the arena. All other are either caged or stunned. Kung-Fu Zoo is played over multiple rounds until one person wins a total of three rounds. And there’s a little more to the game than just flicking the dice at each other. Every animal team has a special ability listed on their card which can be used once per round! 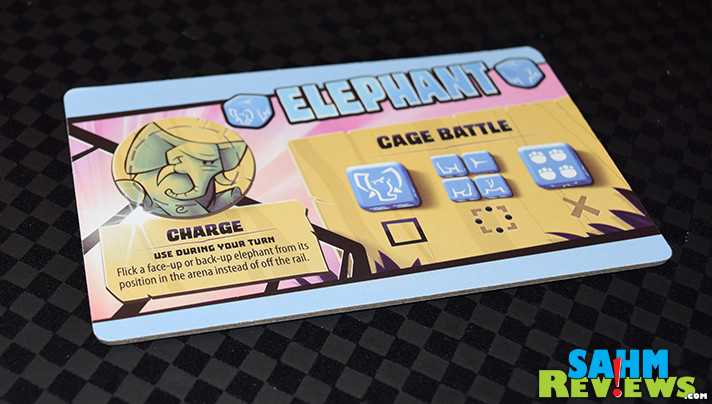 Alternately, you can play as a points battle instead of a battle royale. In this instance, all four dice will be shot into the arena (in player order) and you will score points for any dice still in the arena, depending upon which side is facing up. Five points if your animal is face-up, four points for back-up, three points for side or butt-up and only two points for feet-up. Play continues over multiple rounds until one team amasses at least 21 points! 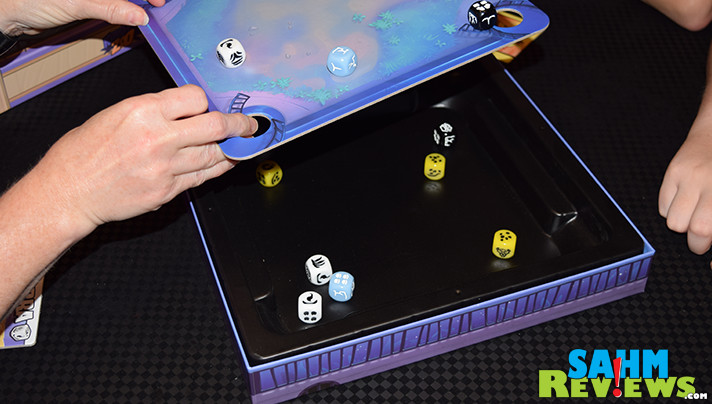 Advertised for ages 10+, Kung-Fu Zoo is easily appropriate for kids aged much younger. Expect a round to only last a few minutes and an entire game to be completed in 10-15 minutes. At under $25 on Amazon, it is worth grabbing a copy just for the unique mechanic of flicking your dice into your opponents’ (and cheaper than a pool table)! Be sure to check out WizKids’ website, along with their Facebook and Twitter timelines as we hear of some great new things being introduced yet this year!

What do you think about flicking dice as part of a game?