At gaming conventions in recent months, I found myself drawn to several games that utilize polyomino pieces (or as we more commonly refer to them, Tetris pieces). It’s not a new concept in games and something that I’ve always been attracted to because I love puzzles. But the way it offers a lot of familiarity to people who aren’t familiar with modern board games is what I believe has made it a key mechanic in so many current games. In addition to the variety of Tetris and Blokus games that we’ve featured in our thrift series, we’ve also featured Callisto, Patchwork and Tiny Park – all which utilize these familiar shapes. More recently, you have probably spotted this theme in our overview of Cottage Garden, Blokus Duo and Copenhagen. However, these are only a small portion of what’s available. There are many more that we haven’t even told you about including several from the same series as Cottage Garden. 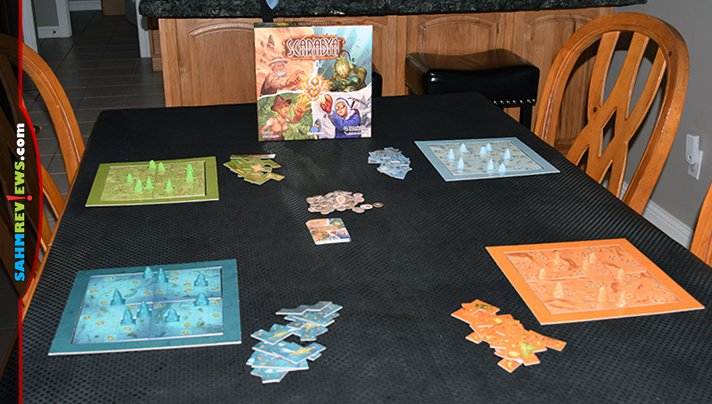 The latest in our string of this family of games is Scarabya from Blue Orange Games. The theme is that you and your opponents are on expeditions in different parts of the world as you seek to excavate scarabs in the various regions. To begin the game, select a color and the corresponding frame, boards, pieces and cone-shaped rocks. 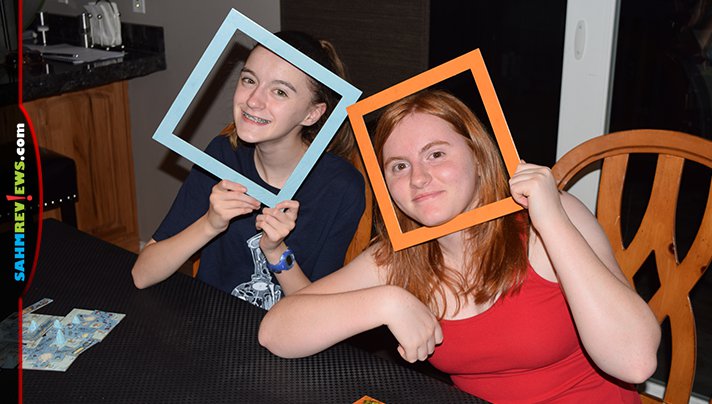 One player will take their frame then randomly place the four pieces into the frame to form an excavation area. The rock pieces are used to fill in the empty squares. All other players will flip their boards to replicate the layout created by the first player. The deck of cards is shuffled and placed in the center of the table along with the supply of scoring tokens. 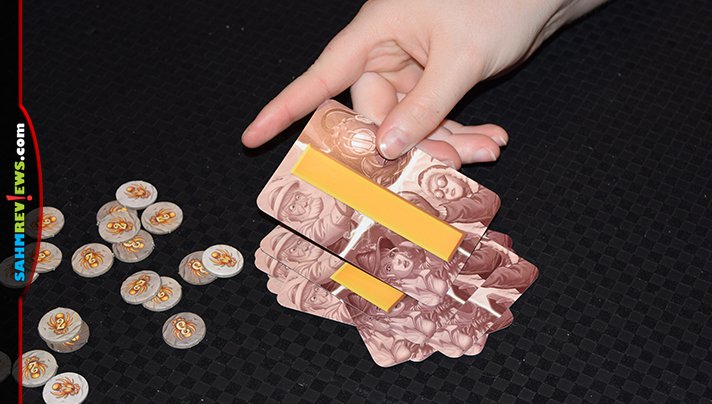 The goal of the game is to earn scarabs by creating small excavation sections of four or less spaces. This is accomplished by carefully placing the various polyomino tiles to surround the pre-printed scarabs on the board. The top card is drawn from the deck and all players will utilize that same piece. 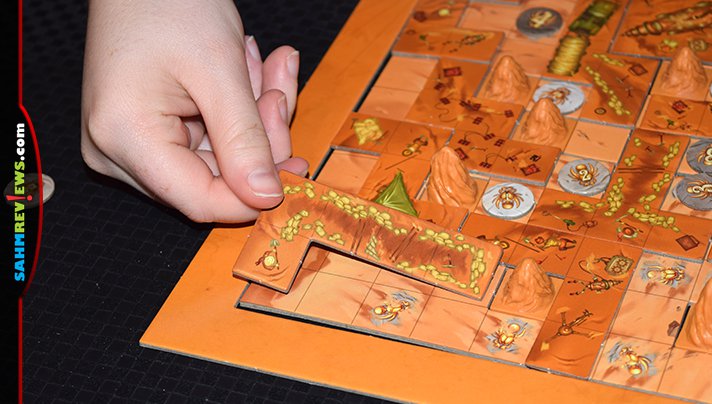 The first piece will need to be placed so that it touches at least one of the four squares in the center of the board. All future tiles must be placed so they are orthogonally touching an existing piece. You may choose to cover some scarabs, but those won’t be eligible for scoring. Pieces cannot overlap each other or extend over the frame border. All pieces must be played if there’s a legal space for them, even if they cover up areas you’re working on. Any pieces that cannot be played are removed from the game.

When a space is confined by pieces, rocks and/or the frame of the excavation area, it is scored. You grab a token from the general supply and place it over the scarab in the closed-off area. If the space is only one square, the scarab is valued at one. If you separate off a two-square space then each scarab in that space is worth two. Three and four-square excavation areas earn three and four points per scarab, respectively. If the enclosed area is larger than four spaces, the scarabs inside earn zero. 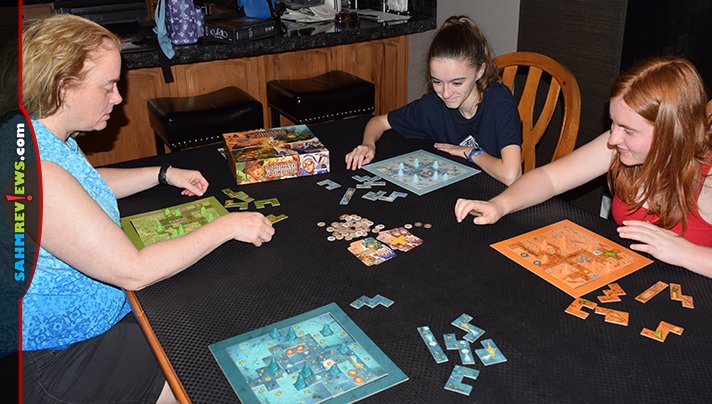 What makes this difficult is that you cannot earn points unless you’re able to create small areas. Unfortunately, there aren’t small pieces to fill in gaps. You’re also at the mercy of the order of the pieces! 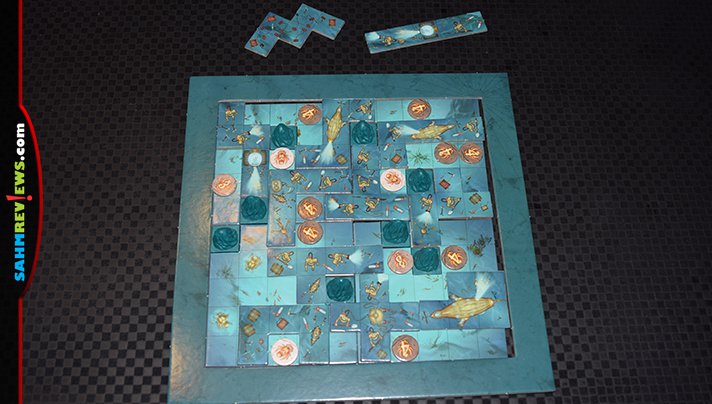 Scarabya continues for twelve rounds, cycling through all the cards and available pieces. At the end of the game, tally all your excavated scarabs and the person with the most points wins. It’s a quick game with a simple concept which makes it extremely approachable for all player levels. You can pick up a copy direct from Blue Orange Games or you can order Scarabya from Amazon. Explore Facebook and Twitter to see what other treasures you can find from Blue Orange Games!

Have you ever wanted to participate in an excavation?