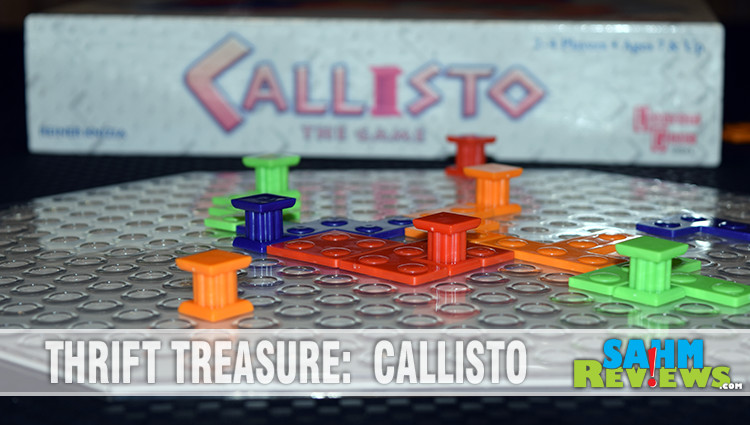 Usually when we look for games at our thrift stores, we’re hunting for the latest version. Many games go through changes from issue to issue as rules are tweaked, players’ tastes change or additional features are added. Having the most recently issued version also quells that “fear of missing out” by not having the latest and greatest. But there have been exceptions.

One example is this copy of Callisto by University Games we found a couple weeks ago at our local Goodwill. Our version was issued in 2010 and was followed five years later by a newer example with fewer pieces and updated rules. In our book, the older edition was better and had been on our want list for quite some time. Mostly because it was created by one of our favorite designers of games, Reiner Knizia, and fit well into our collection of abstract games. 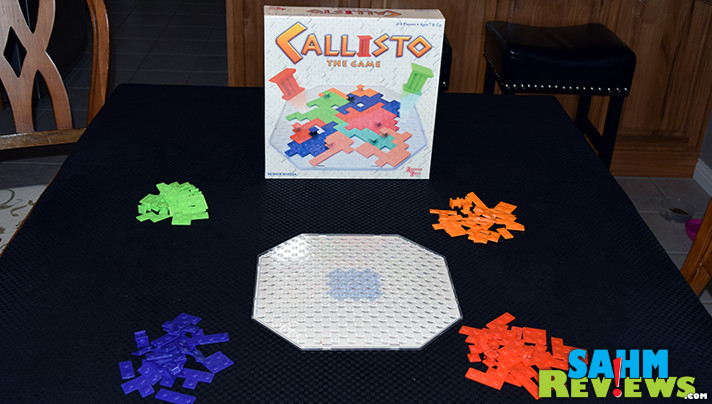 Callisto is probably best described as a mix between Tetris and Surround, where the goal is to be the last person standing. Up to four players are supported, each beginning the game with their own stack of colored plastic tiles and pillars. The game board is customized depending upon the number of players (fewer players means a smaller play area). 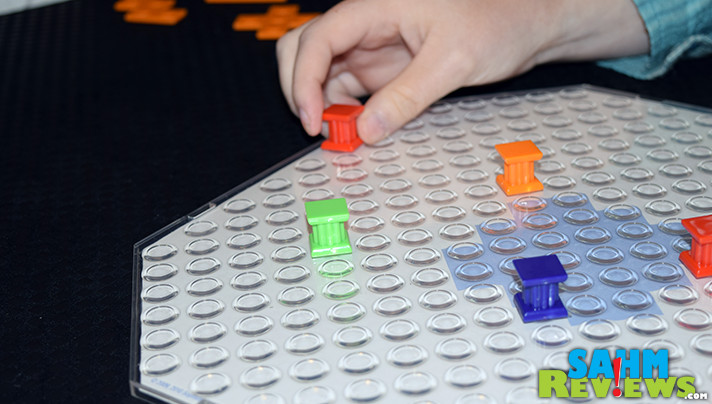 Beginning with the youngest player, on your first turn you will place one of your 3-D pillars anywhere on the board except for the shaded area in the center. Your second turn is done in the same manner, placing another pillar in any location, also ignoring the center section. From this point forward you may place any tile.

There are only two rules regarding placement of tiles. First, they must be placed next to a pillar or another tile of the same color. They must touch orthongonally (diagonals don’t count) and may not cover any of the darker outer area. This last requirement is only applicable in a 2- or 3-player game, as the board is completely open with four players. Additionally, you may also place your third pillar at any time instead of a tile, following the same placement rules for pillars as before. 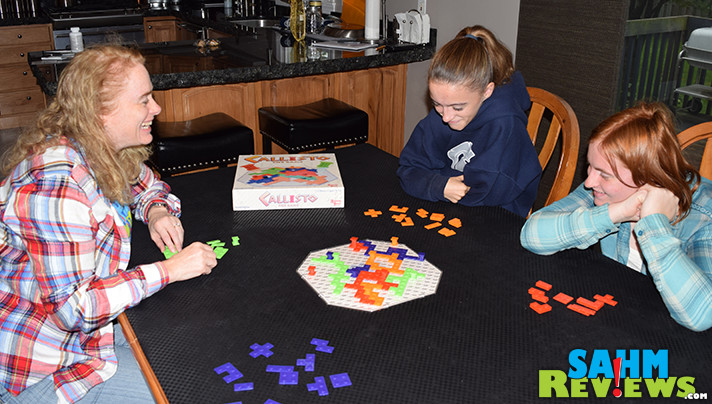 If a player cannot play any more pieces, that person is out of the game. Play continues until all players cannot play a piece. When all participants have exhausted their turns, score are tallies by adding up the number of dots on each remaining tile in a player’s possession. The person with the lowest total is the winner of Callisto! 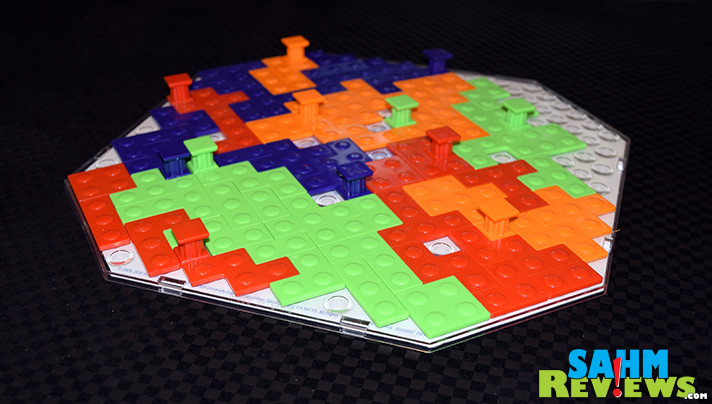 A nice mixture of a couple different game types, Callisto can be still be found brand new on Amazon for under the $40 MSRP. If you’re waiting to try to score a copy at thrift, make sure you account for all the pieces – this is a game whose pieces are easily lost and much more difficult to find exact replacements!

What abstract game are you currently playing?