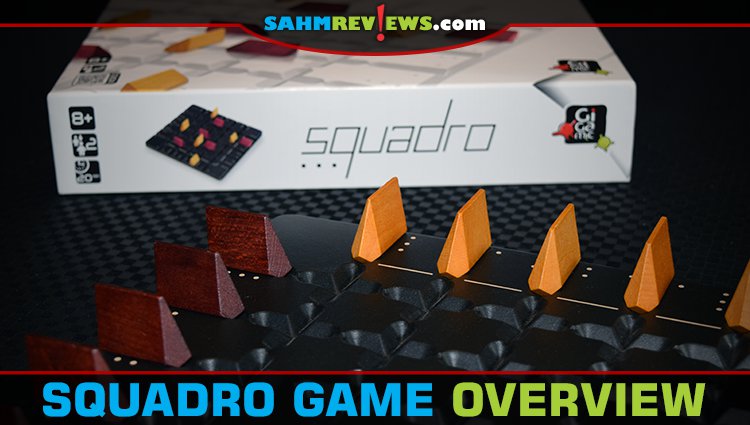 It was exactly a year ago when we first got to see Gigamic‘s upcoming game, Squadro. We were attending the 2018 Geekway to the West convention in St. Louis and were reveling in the experience of trying out quite a few game prototypes being carried around by many of our publisher and designer friends. We saw frogs racing, koi swimming and even mythical creatures invading in more than one not-yet-published game. It is estimated that for every ten game designs imagined, only one will eventually make it to store shelves. The competition is just that fierce!

One afternoon our friend Nate, the marketing manager for Gigamic, pulled us aside to show us a roughly-made game that he was sure was going into production. He knew we liked all types of games and that I especially enjoyed abstracts. I often pick up 80’s-era abstract games at thrift like Geomag, Qubic or Callisto. And my wallet cannot resist most of Gigamic’s line of wooden abstracts like Pylos. He was excited to demonstrate their latest wooden abstract game that would be hitting the shelves, hopefully in time for Gen Con in August.

Squadro is a 2-player battle where you are trying to race your pieces across the board and back before your opponent does the same. The trick is your path intersects your opponent’s at a 90 degree angle, so getting in each other’s way is unavoidable and part of your ultimate strategy! 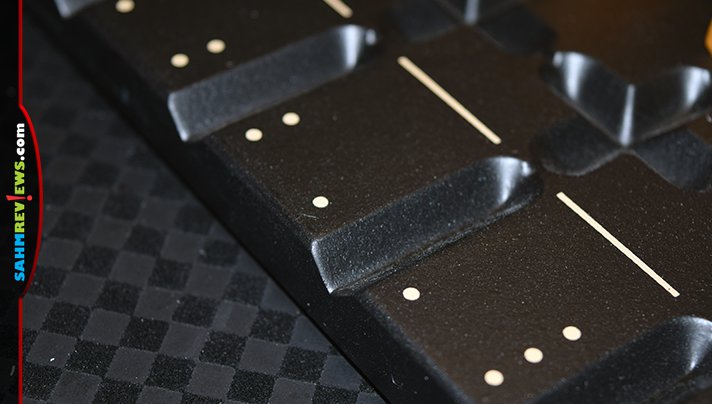 Each player selects their color and sets up their five pieces on one side of the board. Next to each piece are a collection of dots. These circles represent the number of spaces that particular piece may move in a straight line when selected. First player is determined randomly and a game of Squadro begins. 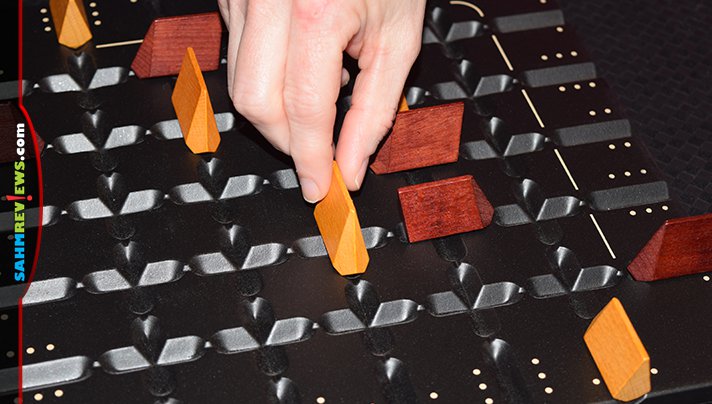 On your turn you will select one of your pieces and move it forward the depicted number of spaces towards the opposite side of the board. If you reach the other side, turn it around and end your turn (even if you had additional movement allowed). If you encounter an opponent’s piece in your path, jump over it and stop moving directly on the other side. That jumped piece (or pieces!) gets returned to its starting position (or the turnaround position if it had already reached the other side of the board)! 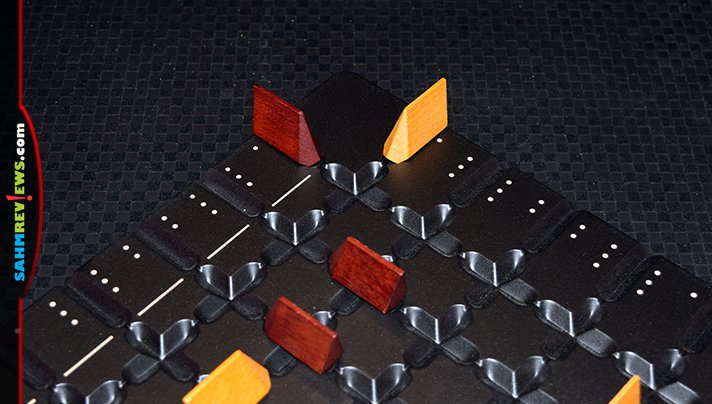 Take note, once a piece begins travelling in the opposite direction back towards the start space, its movement number has probably changed. The new allowed movement value is also printed on that side of the board. All other rules remain the same and the first player to get four of their pieces to the opposite side and back wins Squadro! 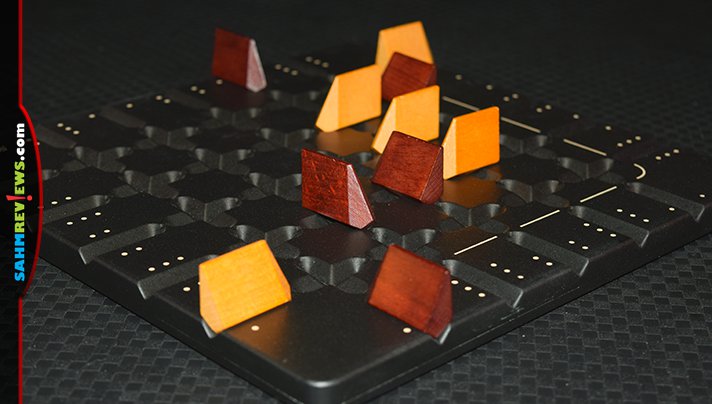 Simple in concept yet drooling with strategy, Squadro is now available on Amazon or at your favorite local game store. As with Gigamic’s other wooden abstracts, you can probably just throw away the box as it is stunning enough to leave it set up permanently as decoration or a conversation piece. Feel free to customize it with paint in your favorite team’s colors or to better match the room! 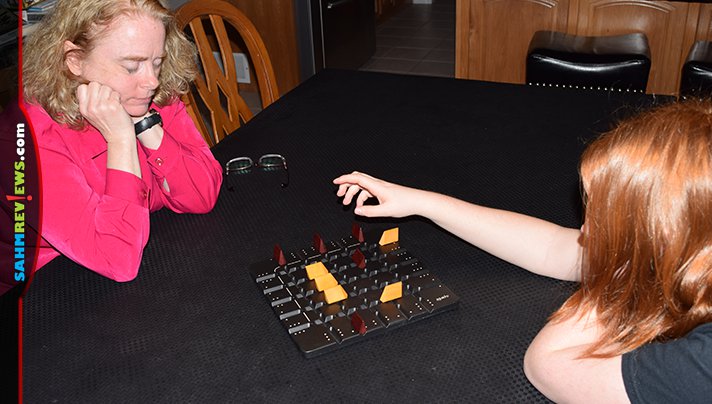 We’re excited to see Gigamic continuing their long line of wooden abstract games and are following them on both Facebook and Twitter to see if and when more are coming out! Check out their website to fill in the holes in your collection with some of their classic games and puzzles that never go out of style!