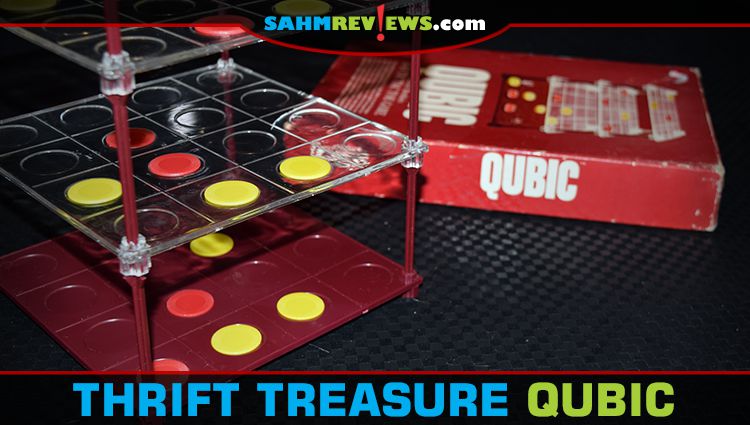 If you’re a long-time reader of SahmReviews, you probably remember how excited we were to find a 3D Chess board at our local Goodwill three years ago. We had never come across one before that and haven’t seen one since. It’s still one of our favorite game finds because it is so unique.

Over the years we’ve found a number of games that utilize 3D space. Stratos Spheres and Connect 4 Stackers immediately come to mind, both of which challenge you to be the first to line up four items in a row. 3D Tic-Tac-Toe is nothing new either and can even be played on paper by drawing three boards and arranging them in order. This week we found something almost as cool as that 3D Chess board – Qubic by Parker Brothers! 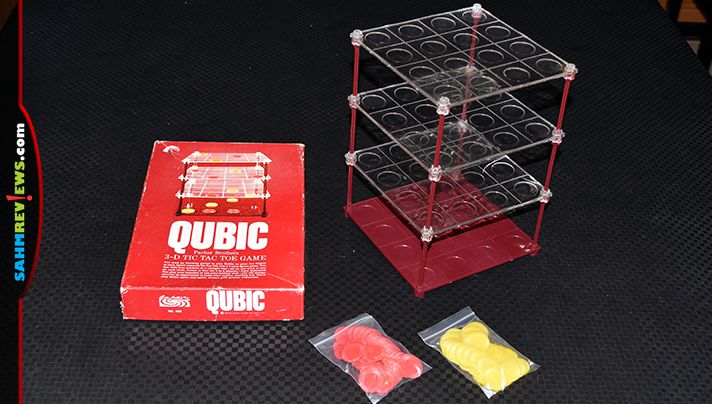 Take one part Tic-Tac-Toe and add one part Connect 4 and you have Qubic. Most easily put, Qubic is a 3D version of four-in-a-row that supports more than just two players! Playing is very easy as each player simply takes turns placing one of their mini poker chips onto one of the 64 spots on the board. 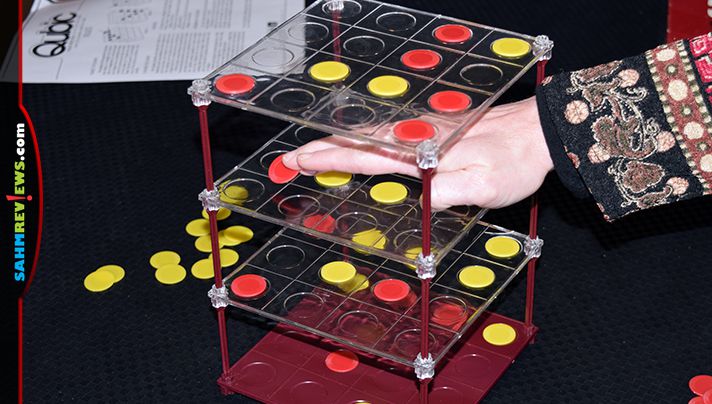 You are trying to line up four chips in a row. They can be in a straight line or diagonal, on one plane or vertically through all four boards. The board has handy recessed areas to keep the chips from sliding out of their spot and the upper three levels are clear, making it easier to visualize the entire play area. 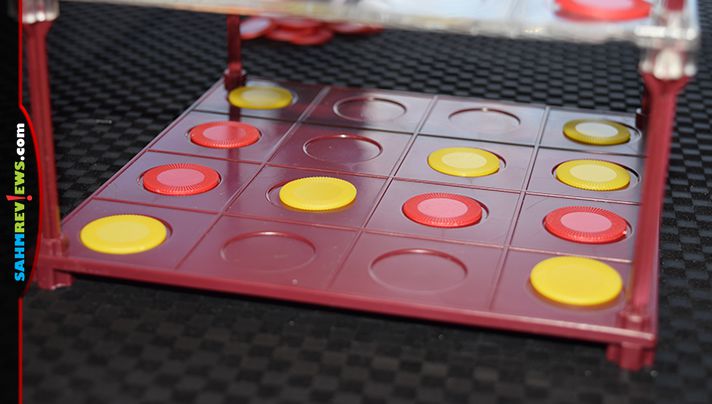 The first person to place their fourth chip in a straight line wins Qubic. You might think a 3D game like this would take up a lot of space. Fortunately, that’s not the case with Qubic. Each layer is elevated by four removable supports, and when disassembled, fits nicely into a very small box not much larger than one of the layers. 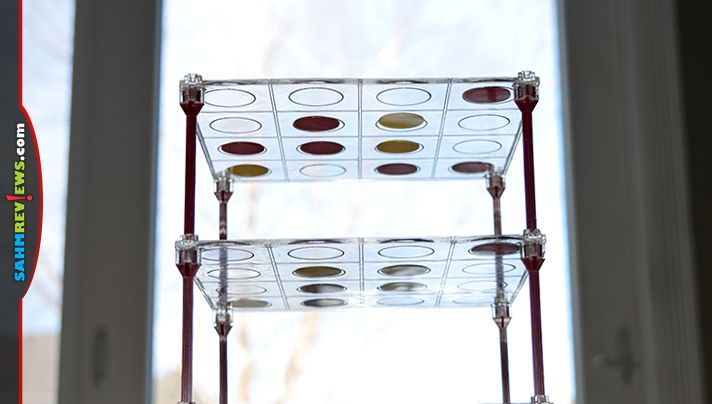 The copy of Qubic we found seemed to be missing a couple of the playing chips. Luckily we had complete sets of mini poker chips stashed away thanks to our many trips to Goodwill Outlet. We swapped them out and now have more than enough in the box for future games!

Qubic supports up to six players and includes three different colors of chips. When playing with more than three, participants pair up in teams and share their chip pool. It’s been published a number of times by many different companies over the past 75 years, and while you probably won’t find new copies at your local game store, there are many available on eBay for under $10.

Have you ever played 3D Tic-Tac-Toe?