I’ve noticed that my youngest daughter has inherited one of my traits – she’s a ‘fiddler’. Like myself, her hands must always be busy. Sitting still is not an option, we’d both rather be multi-tasking. Watch TV and play with a Rubik’s Cube. Curl up for a movie on Netflix and work on a crossword puzzle at the same time. We’ll both even choose to play a game on our iPads and listen to music concurrently! 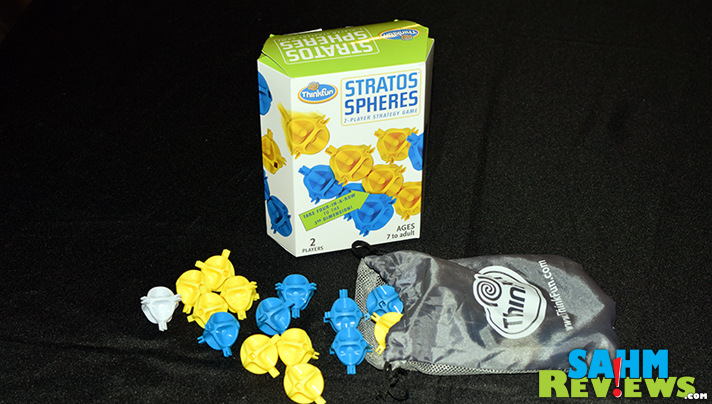 One of her favorite tasks is to work on 3D puzzles. You’ve seen her solve the standard horseshoe puzzle in record time. The wooden tree puzzle also was no match for her – she seems to have an uncanny spatial ability that will hopefully take her far in whatever career she chooses. So it comes as no surprise that she also excelled at Stratos Spheres by ThinkFun – a three dimensional version of a four-in-a-row game! That is until her sister got a hold of it…and beat her!

There have been a number of games throughout history that challenge you to connect four of something in a row in order to win. I’m sure you’ve played the classic version of Connect 4 or even tried the u-build version. A couple others we recently featured are the Game of 49 and Six, both strong titles in their own right. But all of these are limited to the flat world of two dimensions. This is where Stratos Spheres stands on its own. 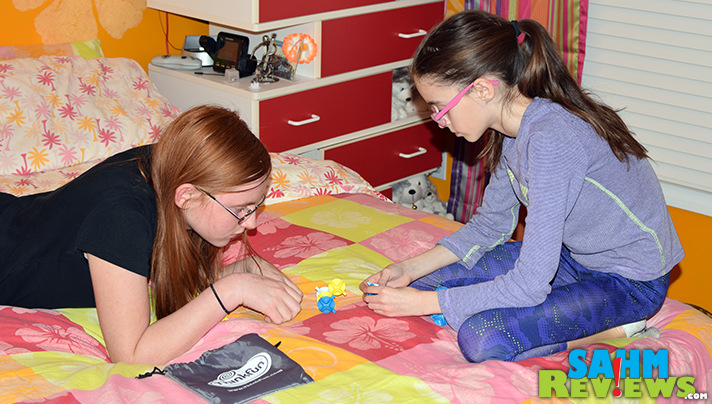 In the included travel bag you’ll receive twelve of each color (blue and yellow) of almost-spherical pieces and one white one. I use the term ‘almost’ because each piece has both protruding pegs and holes on different sides. Much like a K’Nex set, the spheres connect together by pushing a peg into a hole. Your goal? Get four of your color in a row in any direction before your opponent does. 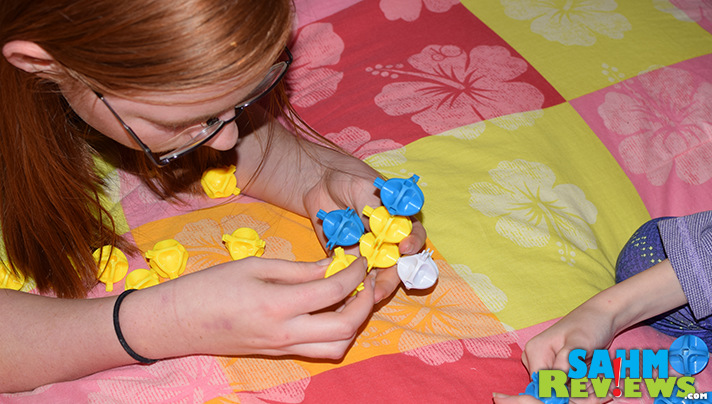 Because of the peg layout, this isn’t as simple as plug one in and pass it to your opponent. Strategically using the peg and hole placements, you can effectively block your opponent from putting their piece in place. Once a sphere is locked into its spot, it cannot be loosened to allow another to fit. A protruding peg will certainly prevent the placement of another sphere, so optimal rotation of your piece is critical. 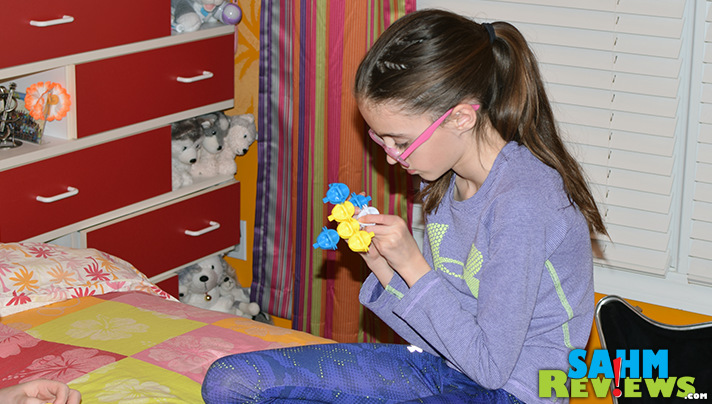 The game starts with the white sphere and continues back and forth until one player has completed four in a row in any direction. Because of the nature of this three-dimensional puzzle, you’ll have to twist and turn the assembly to make sure you aren’t missing a sneaky play! 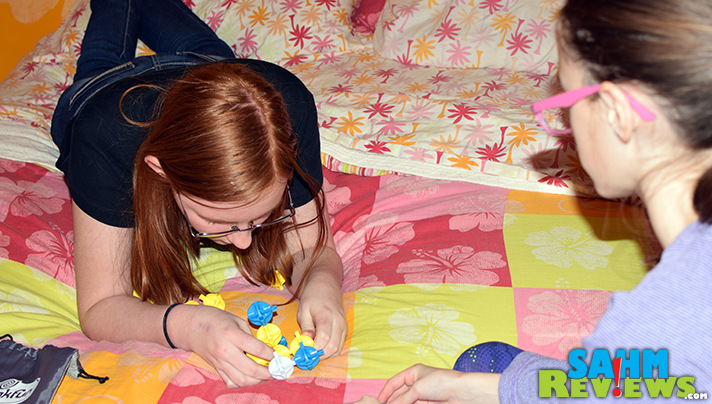 Some games will be shorter than others, but on average expect a round to last around 5-10 minutes. And while Stratos Spheres is rated for two players, we found additional challenge by playing in teams and not allowing communication! What one person sees, their teammate may or may not! 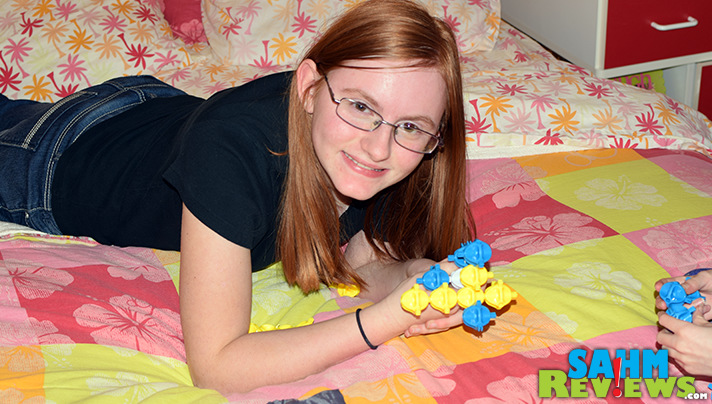 Ultimately one person or side will end up victorious, and as I mentioned above, in this particular case the older sister won out. Two additional rematches proved the real champion though, and it wasn’t the red-headed one!

Stratos Spheres is another one of those games that have a hidden educational tool inside. Needing to be able to imagine objects in three dimensions is a critical skill required by a large number of professions. From animation to architecture to nearly every discipline of the sciences, And for under $10 it’ll make a great non-screen alternative for when you travel!

You’ve seen us feature a number of great puzzles and games from ThinkFun over the years, so I’m sure you’re already following them on Twitter and Facebook. But be sure to check out their entire product line and I’m sure you’ll find a new favorite or two!

How would you do in a game like this? Do you think you could compete against your child in a 3D game?

13 thoughts on “Bringing Connect 4 Into the 21st Century”