If you haven’t figured it out by now, our family loves to play board games. We also love constructing things from sets of Legos, Lincoln Logs and K-Nex. This week’s Thrift Treasure combines both of these loves into one very engaging game and building experience: “u-build Connect 4” by Hasbro.

I’ll be honest, when I first saw the “u-build” line of games on the shelf of our local Target, I poo-poo’ed them for just being another attempt at rebranding an old classic and getting you to buy another copy of a game you already have. While there may still be some truth to that thought, the reality is (at least in this Connect 4 version) it creates a whole different game. But first, let’s look at what’s in the box. 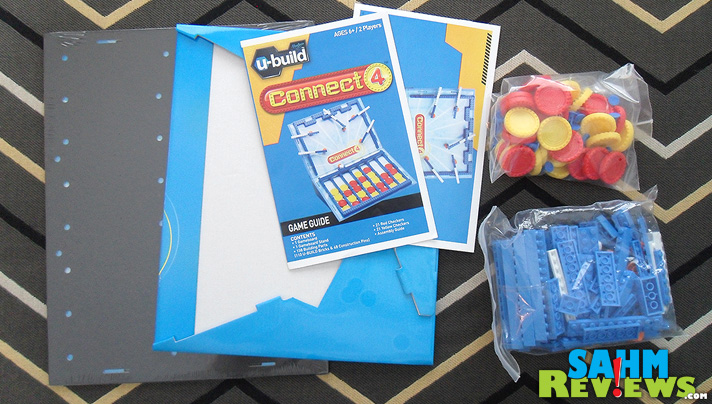 “Some assembly required” is an understatement, but is also the exact reason to purchase one of these. In every other game out there you open the box, distribute the required pieces to each player, lay out the board and then play. Not so with the “u-build” line. Before you can think of playing you must build your game board! 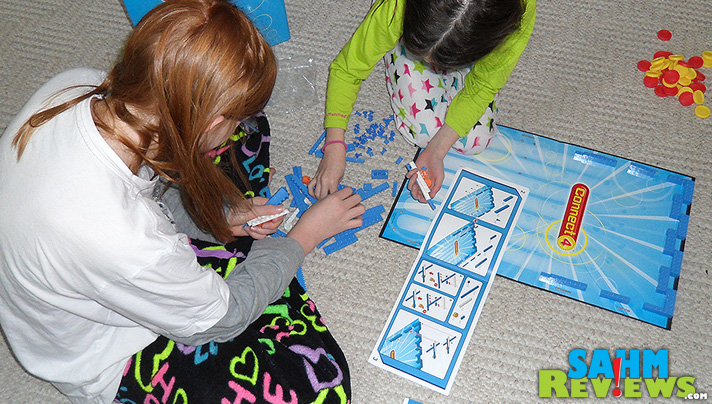 The instructions are very clear and was easily followed by our 9 & 11-yr olds. It took them around an hour to completely assemble the entire game, and once complete were raring to get to it! 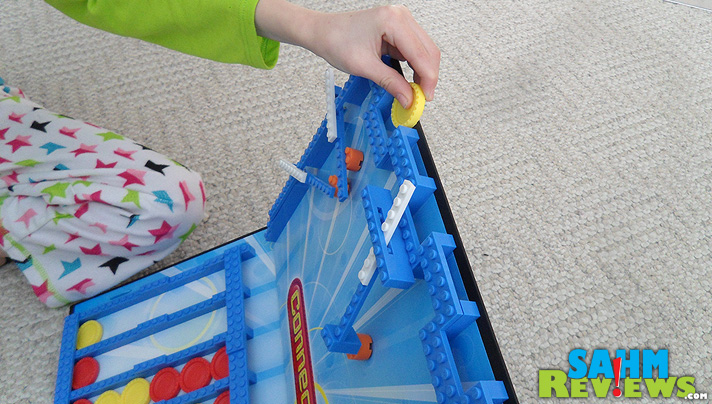 What makes this variation of the Connect 4 that you know is the addition of random obstacles that alter the path of your dropped piece. Imagine Connect 4 crossed with Pachinko.

I rarely play Connect 4 with my daughters because it is such a strategy game that it becomes unfair to them (and heck if I’m going to sluff off or throw a game!). With the “u-build” version, since your chips fall somewhat randomly, lining up four in a row is more left to chance than skill – evening the playing field for players of different abilities. 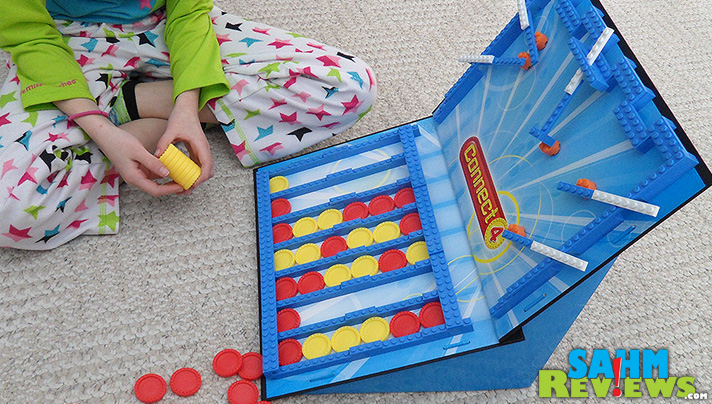 I’m surprised this game wasn’t rated higher on Amazon, but in looking at the comments you can see a number of frustrated adults – and this isn’t who the game is designed for. Let the kids build it themselves, even if they get frustrated. The box is large enough to house the game once assembled so you don’t have to build it each time. The kids should pick up a lot of ideas about gravity, angles, etc. by taking the time to construct it on their own.

Check out Hasbro’s other “u-build” offerings and see what they’re up to by following them on Twitter. Can you imagine a “u-build Twister”?!