Last week we enjoyed some really nice Spring weather. On Saturday it hit the upper 70’s and it looked like Spring was finally here to stay. But as typically happens in April, showers arrived on Sunday. So much for outdoor play! This time we were prepared thanks to our friends at Rio Grande Games who provided us with a copy of Boxcars to try out.

If you’ve enjoyed Monopoly you’ll love Boxcars. In fact, Monopoly was an inspiration for the inventors! In August of 1970, brothers Thomas & Stephen Erickson were playing ping-ping in their Uncle Bob’s garage and noticed a map on a shelf. They asked their Uncle about it and he explained it was for a railroad game he had envisioned back in the 1950’s that would be a cross between Pirate & Traveler and Monopoly but with new features. Tom became obsessed with this idea of a game and before Christmas had worked out all the rail lines and specifics of the game in his dorm room. He made the first board, destination spinner and payoff chart and gave it to his father for Christmas. The first game of Boxcars was played that Christmas morning.

After patenting the game in Bob’s name in early 1974, the first production version was created, with an initial run of 2,000 copies. In January 1975, Tom sent a copy to the Avalon Hill Company who decided to take it on after a couple more years of play-testing and negotiations. They marketed the game from 1977 to 1998 under their trademarked name, Rail Baron. When Avalon Hill was purchased by Hasbro, production ceased.

Fast-forward to 2009 when Tom was introduced to Rio Grande Games and they agreed to reissue the original Boxcars and to include a new version (a playable map of Britain) at no extra charge. 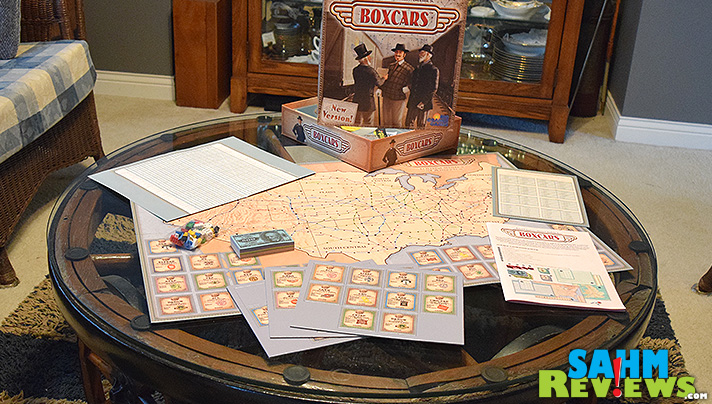 The game includes a large game board, playing pieces, play money, railroad ‘property’ cards and both a destination and payoff chart. Rated for ages 12+, I knew we were taking a chance at it being too difficult for our 9 & 11-yr-old, but after reading the instructions I knew they would be fine. 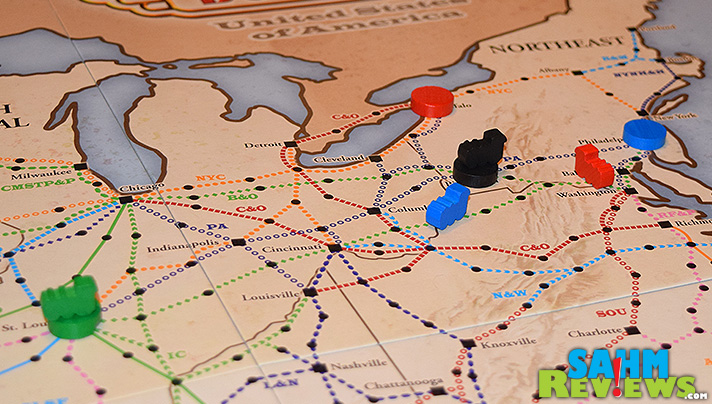 The premise of the game is pretty straightforward. Your goal is to move your train from point-to-point, collecting payouts as you go that are determined by the length of your trip. The money earned is used to either purchase additional railroad lines or to upgrade your train for extra rolls.

When it is your turn, you first roll to get your destination. Through a series of two rolls, the results are referenced on the “Destination Chart” and your token is placed on the corresponding city. Then you begin your trip by rolling and moving your train. 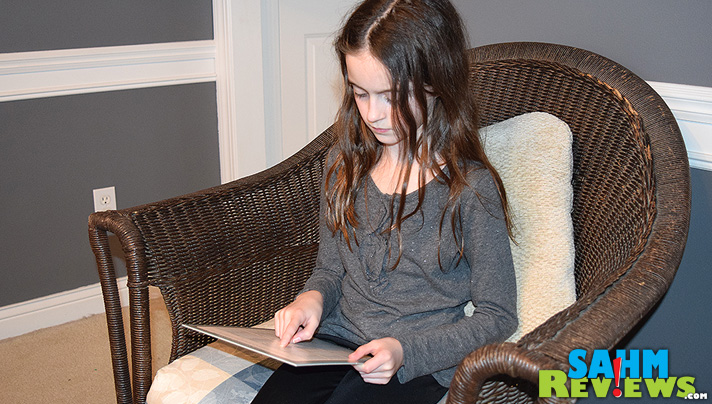 Each rail line is either owned by the bank or by another player. During your turn, whichever track you use to move towards your destination city determines who you pay a fee to for its use. The bank collects $1,000 per turn, players collect $5,000 per turn ($10,000 if all railroads are owned by players). 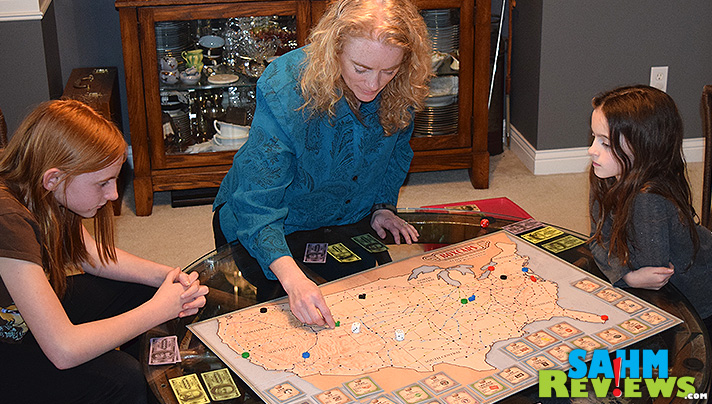 There are multiple paths to each city using different railroad tracks. As the game progresses, the route you choose has a great impact on the profitability of your trip. Strategic purchases of adjoining railroads will allow you to transverse the entire country on your own tracks for free. Receiving an unfavorable destination may cause you to travel on an opponents tracks and forcing the entire trip into the red.

Once you arrive at your destination, you receive a payoff for the trip predetermined by the aptly named “Payoff Chart”. 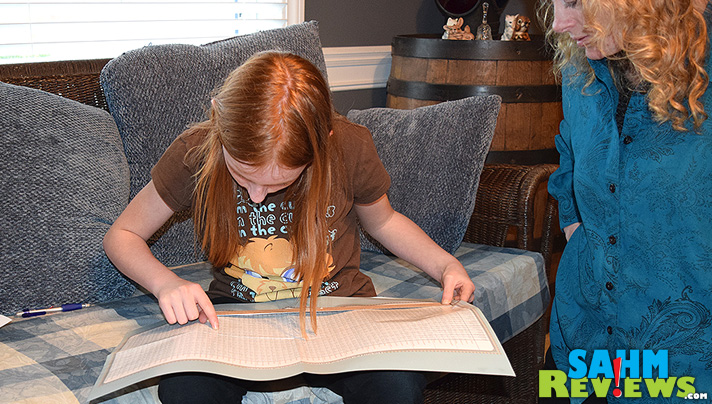 You begin the game with $20,000 and the goal is to turn that into $200,000 before heading back to your home (starting) city. When you declare and begin heading home, other players can attempt to catch your train to collect a $50,000 bonus (paid by you). Then you’ll have to continue the game until you break the $200,000 goal and head home again. Once you reach your home location and have the required amount of funds, the game is over and you are declared the winner.

This is not a short game, ours taking just over 4 hours to complete. Most games are advertised to run 2-4 hours, and I can imagine this would be accurate for us now that we are all familiar with the rules. We found it to be much more fun than Monopoly due to the ability to choose your own path and not just moving in a square trying to pass “Go”. For the price (MSRP $49.99) I would have liked to have seen a little nicer train tokens to use, but I’m sure it was a cost decision that Rio Grande Games considered and decided to keep the price as low as possible while still providing a high-quality experience.

If you’re looking for an engaging game for an entire afternoon, this is a great choice. Appealing to both game fanatics and train enthusiasts, don’t be scared of the 12+ rating. If your kids have a grasp on spreadsheet lookups (most do nowadays), then it should be fine for 10+. Our youngest understood the game just fine, but would have had difficulty reading the instructions on her own – which is the typical criteria used when determining the age-appropriate rating.

Pick up a copy on Amazon at a discount and be sure to check out Rio Grande Games’ other great issues, including their most popular line, Dominion. With games this good, it can rain every day!