If there’s one thing about board games that I despise, it’s the setup. Some games just take too long to organize all the pieces, money and parts before you can play.  Today’s euro games can have hundreds of pieces, so plastic bags or bins are necessary to keep things in order. Even classics like Monopoly will have its money scattered throughout the box, requiring it to be sorted before you can play. All this work takes away from our precious game time!

So one of the things we like to consider before recommending a game is how easy it is to “get to the table”. That phrase encompasses a number of things, including desirability, ease of learning/teaching and of course, setup time. That’s why games like Tsuro, where you build the board as you go, get played more often than complex ones like Boxcars.

Last year a brand new publishing company, One Free Elephant, introduced Ore-Some through a successful Kickstarter campaign. What caught our eye about the title was how it took the chore of game setup and incorporated it into the game itself! This was something we hadn’t seen in any of the other games in our collection. 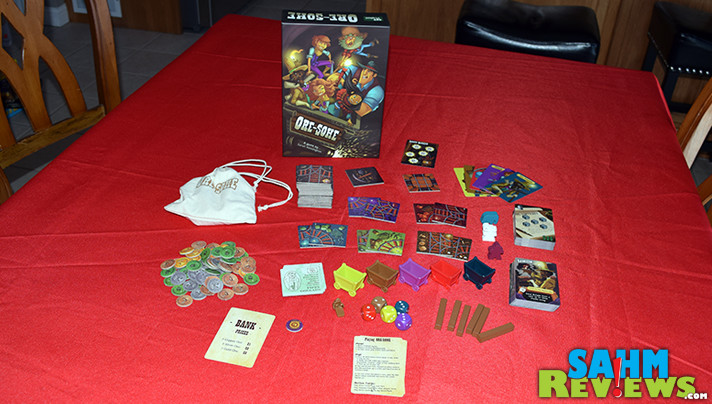 Ore-Some is a game about mining in the Old West with each person playing as a different character, but all vying for the same thing – to earn the most money! The mining area is made up of 25 tiles and will be different for each game. With the mine shaft tile set in the center and player start tiles arranged in each corner, each player is given a colored track tile that does NOT match their own player color. Starting with the first player, they either take an additional tile from the track pile or use that colored tile and add it to the mine. 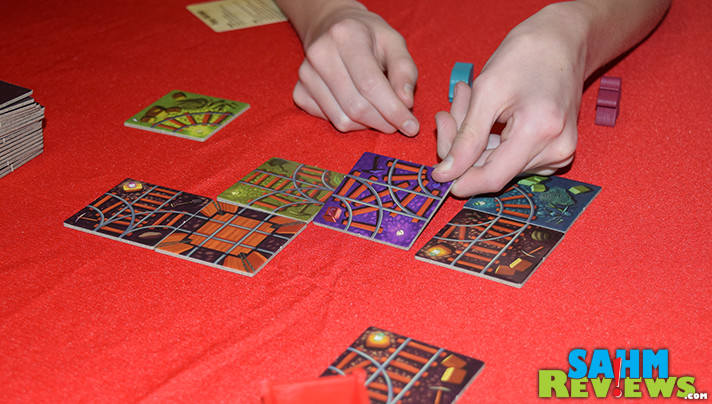 Tiles placed must connect completely with any tiles already on the board. If you cannot play the tile you drew, discard it and draw another one. Everyone takes turns drawing and placing tiles until the complete 5×5 mine is generated. If a character’s colored tile hasn’t been placed, the player of that color gets to remove any normal tile from the grid and add their own in its location.

During a game of Ore-Some, you are trying to mine ore and sell it to either the bank or one of two Contract Agents. These Agents will begin the game in the mine shaft and move towards the carts with either the most or least collected ore at the beginning of each round. Players take turns rolling their matching colored die and moving their card along the track in one direction the number of tiles matching their roll result. They, or other players, may play move cards to alter how far the cart may be moved. If the cart were to run into an obstacle or off the end of the board, they come to an abrupt stop and drop one piece of ore if it sits above the edge of the cart.

Once all miners have moved their carts, each player, again in turn order, takes any or all of the Dig Phase actions in any order. Digging for Ore is mandatory and requires you to pull two (or four if you are on your colored tile) cubes at random from the included drawstring bag and put them into your cart. You may not rearrange the order of the cubes and must put them in the top of the cart. If any fall onto the board, they remain on that tile! 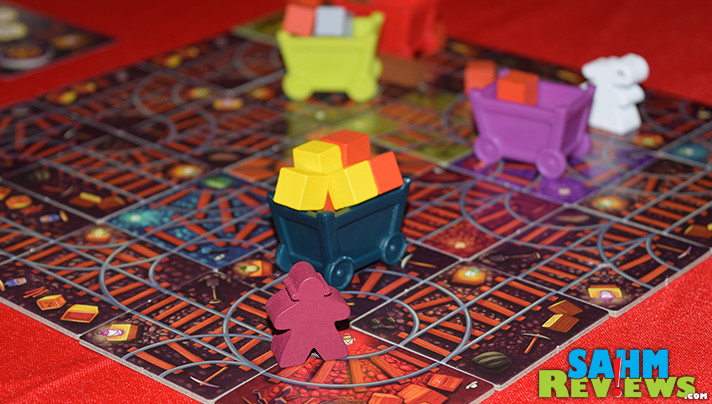 Once per turn you may pick up ore that is laying on the tile. Again, put them in the top of your cart without altering the order. If they fall out, they remain on the tile. You can also elect to cash in to the bank at the published rates. Dump out your cart and decide which to sell, putting the rest (if any) back into your cart. 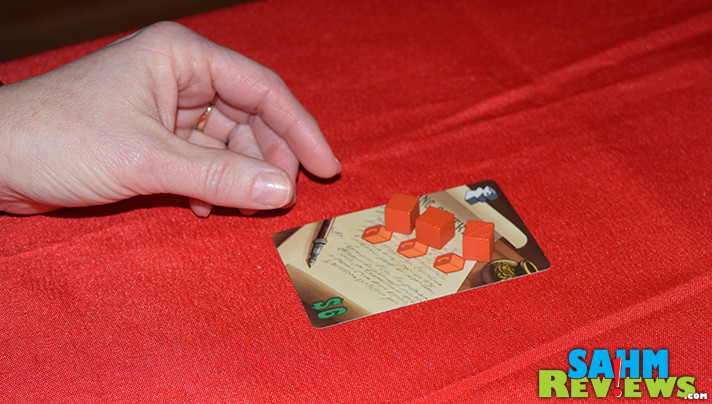 Instead of selling to the bank you can fulfill one of the contracts from the Contract Agents (cards in your hand) as long as they are within four walking tracks of the agent. Again, empty your cart and select the ore types needed to fulfill the contract requirement, set aside the contract card and return the balance of the ore to the cart. At the end of your turn you may discard any cards in your hand and draw any number of new actions or contracts up to a hand limit of five. 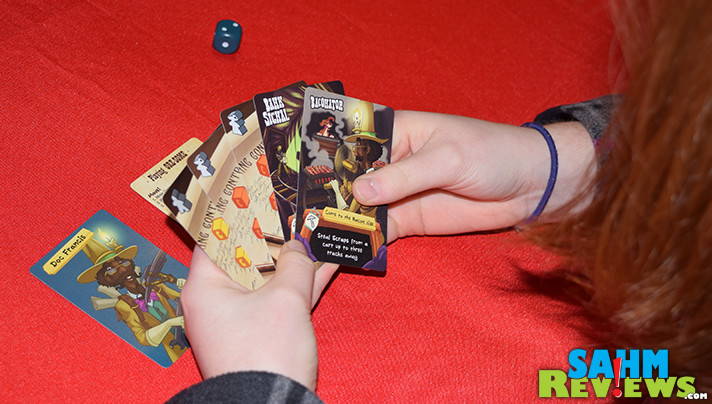 What really makes Ore-Some interesting is that it is more than just running around, digging for ore and delivering to the agents. Action cards (you begin the game with three in your hand) really cause chaos to the game since they can (mostly) be played at any time, even on an opponent’s turn. These will alter how far a cart can be moved, change the direction of movement, cause a cave-in, blow up a downed beam or even allow you to steal ore from another cart! 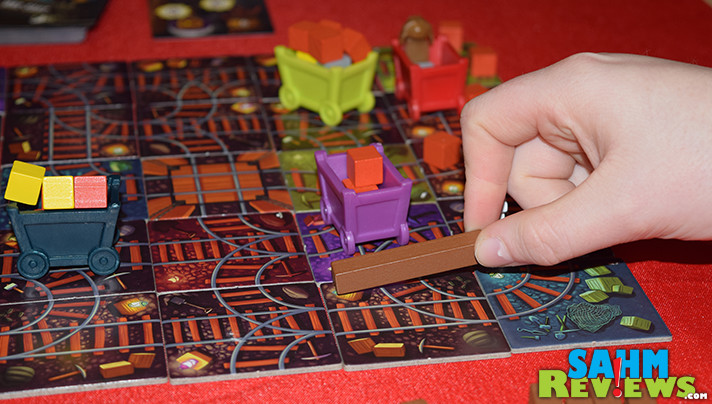 Ore-Some is played over only six rounds, so efficiency is necessary in order to complete as many contracts as possible (along with a little luck drawing from the bag). A steady hand is needed while moving your cart or you’ll leave behind some of your precious ore! At the end of the game, sell all remaining ore in your cart to the bank and add up the value of your completed contracts along with your cash. The person with the most money wins Ore-Some!

Expect a full game of Ore-Some to weigh in at under an hour and is accurately rated for ages 8+. If you didn’t back it on Kickstarter, you can find your copy on Amazon for around £34! One Free Elephant has another game you can read about on their website, and follow them on Facebook or Twitter to find out when their next Kickstarter campaign will go live!

Do you have a favorite tile-laying game?

Tags: board games, One Free Elephant