This summer will mark the five year anniversary of our feature about Rubik’s Race. We never imagined how popular the article and video would become when we bought our copy of the game at a local Goodwill. The popularity didn’t happen overnight. After a year, the video had around 13K views and less for the article itself. After two years the tally was around 80K. That’s when things went nuts.

When we penned the article in 2015, Rubik’s Race wasn’t on the shelves of every retail store. Hasbro was allowing it to wind down after picking up the license in 2012. Other companies like Ideal, MindWare and Jumbo had published versions in the US and other countries ever since its introduction in 1982. It wasn’t until University Games began offering it in 2016 did we really take notice.

That’s when the video count started escalating at a rapid pace, eventually reaching 15,000 views per day!. Soon it was picked up by YouTube’s “Recommended” algorithm and we excitedly waited to see it cross the one million threshold on March 29, 2018. Fast forward to today, less than two years later, and we’re well over SEVEN million views! And as my oldest daughter, Madison, complains, “That means I’ve lost to Kennedy that many times and everyone knows about it!”

So why are we talking about a five year old video in an article about University Games’ brand new Rubik’s Cage? To be brutally honest, we would love for lightning to strike again. We’ll have to make a point to film another quick how-to video for YouTube, but for now let’s go over the game play and see what it brings to the table. 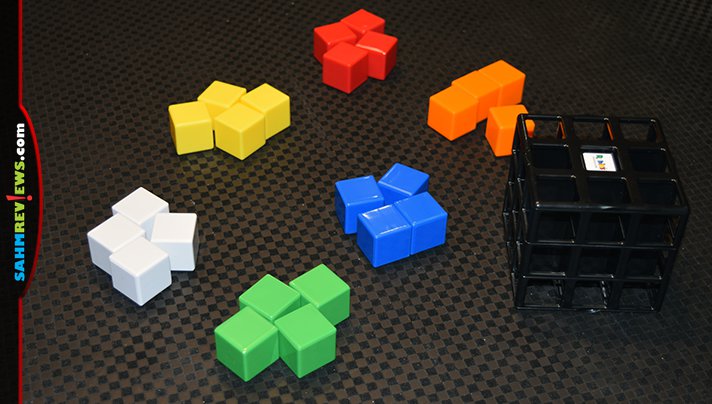 Rubik’s Cage is best described as a mix of Connect 4 (Connect 3?), a Rubik’s Cube and a 3D puzzle. The goal is to get three of your colors in a row, either horizontally, diagonally or vertically. When playing with four players, each person has their own color. With three players, each person will command two different colors. And with only two participants, each controls three different colors. 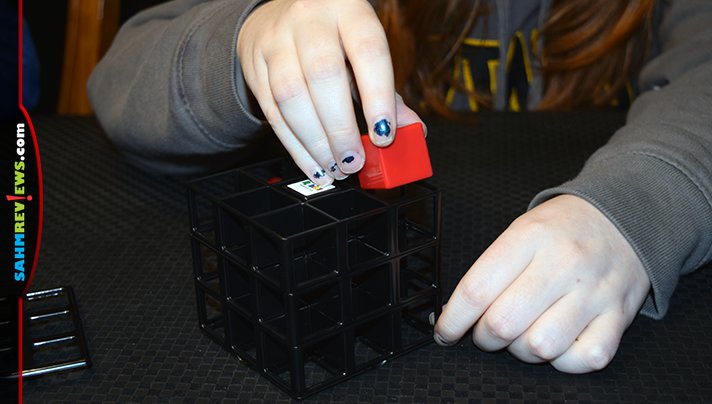 The 3D frame that holds the cube has doors on the top and bottom, allowing the colored player cubes to be added and removed. The entire cube only rotates in one direction (horizontally), instead of on all three axises. The game begins with the entire thing empty and the youngest player goes first. 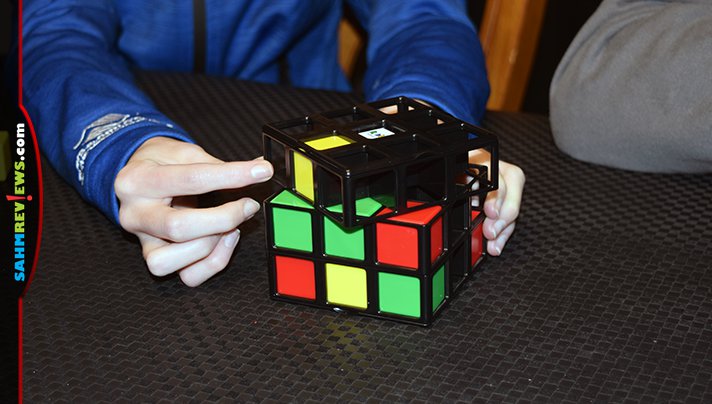 On a turn a player will take one action out of a possible three choices. First, a person may choose to add one of their Cubies (University Game’s cute term for the smaller player cubes) to the cage by opening up the top door and dropping it into any of the eight available columns. The center square on the top and the bottom help house the internal mechanics and cannot have a cubie in its place. 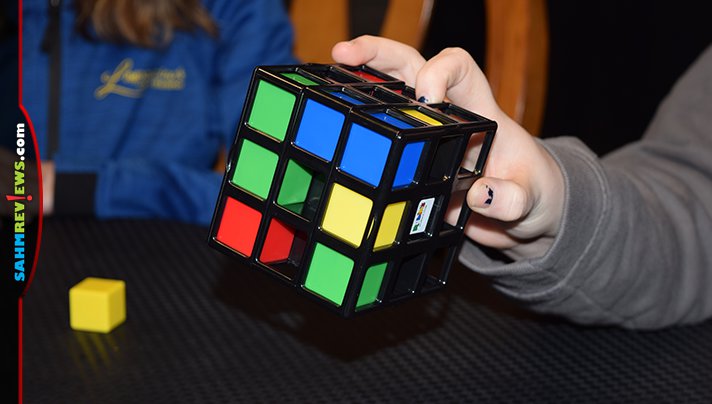 Instead of adding a cubie, a player may elect to turn one layer of the cage one quarter turn in either direction. Alternatively, they could also choose to just flip the cube 180 degrees onto its opposite side. In all cases, a player may not simply do the opposite of the proceeding player’s move.

The first person to line up three of the same color in a row wins Rubik’s Cage! There is no mention on whether this must happen on the winning player’s turn, so we were very careful not to turn or flip the cage in a way that would give someone else the win. If you run out of cubies before anyone has won, your turn choices are reduced to either turning a layer or flipping the cage over. If everyone had used all of their cubies and no one has yet to win, the game is considered a draw! 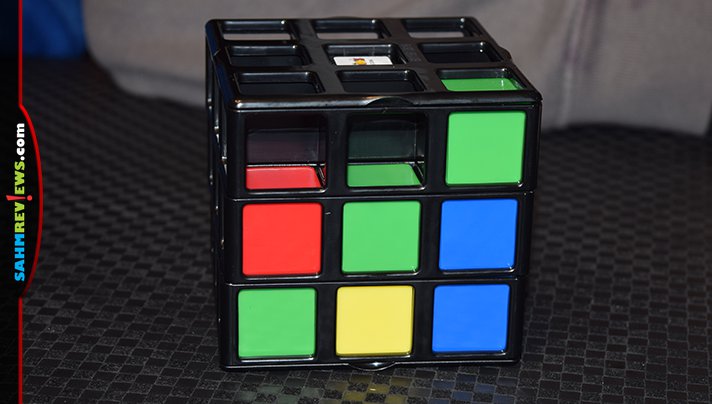 Definitely not as face-paced as Rubik’s Race and much more strategic. You can find your copy of this inexpensive game on Amazon or at your favorite retailer. Learn all about the other Rubik’s-themed games and University’s entire line of products on their website. If you want to be in the know about what’s next in the Rubik’s line, be sure you are following them on Facebook and Twitter!

Can you solve the Rubik’s Cube?