I get embarrassed when I have to admit it sometimes takes us a long time to publish a game review. The delays can be for a number of reasons:  Our calendar is full, there was an issue with the game, or maybe we just didn’t have much good to say. In the case of our latest featured game, Squashed, I can proudly say the reason was “none of the above”. The real reason? The game is selling so well that PlaSmart keeps running out and hasn’t been able to get us a copy!

So let’s back up a little. Last fall we attended the Chicago Toy & Game Fair and met our friends from PlaSmart. They had a number of new offerings they were showcasing (see Morphology & Drop Shot) and provided us with copies at the show. We also had the opportunity to interview the inventor of Squashed, Mr. Nick Metzler, who was kind enough to take questions from one of our budding reporters.

The public’s reaction to the game at ChiTag was so great they were worried they didn’t bring enough of them to sell (they were correct). After restocking (then running out again) and restocking once more our copy finally arrived last week. We couldn’t wait to tear into it. 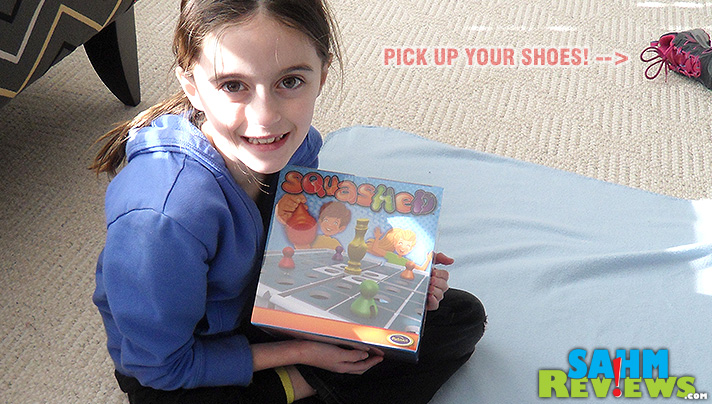 I guarantee you have never played a game like this one. Sure there are plenty of “land on your opponent and send them back to start” games out there, but none that let you physically SMASH your opponent’s piece off of the game board.

The premise is simple – be the last man standing.  This is “King of the Mountain” in a 3D cube. Each player (up to 4) starts with four pieces placed on each horizontal side of the cube. 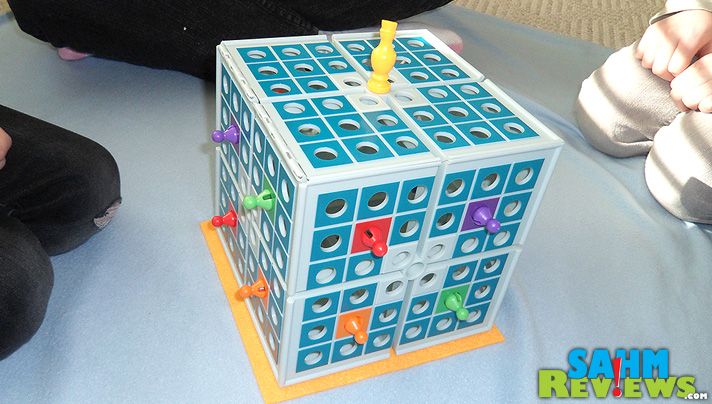 The “King” piece is place on the top and play begins. Each person rolls a special die numbered from 1-3 and moves a piece (or pieces by splitting the roll) the matching number of holes.  You can move in any direction horizontally, vertically, around a corner, etc. – every direction except diagonally. You can even change direction in a move.

In this game you are trying to land on another player to squash them into the center of the cube and out of play. 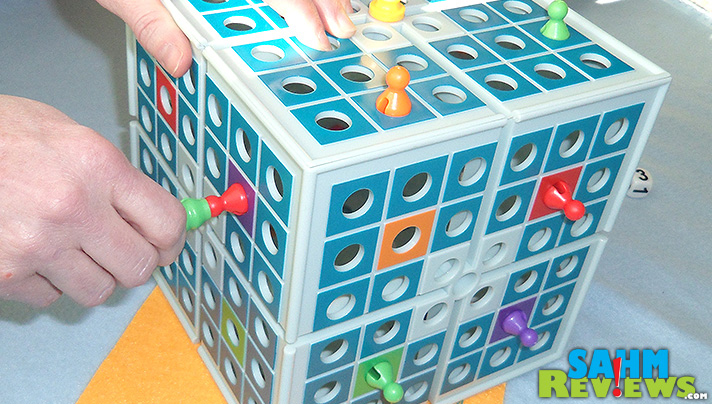 This squashing part is actually quite fun, you put your piece on top of the other one, push hard and they “pop” through the cube, landing in the middle.

Here’s the catch. You can also land in one of the four gray spaces surrounding the king. This allows you to rotate the cube on one side and squashing EVERYONE on that face of the cube! 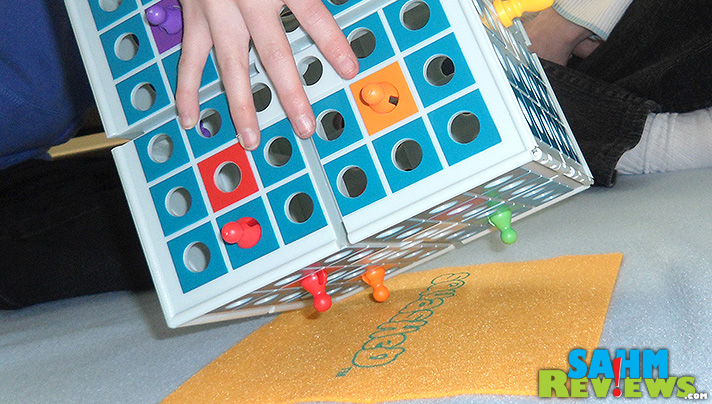 In this scenario our youngest eliminated one piece from each of her opponents in one move! After they are all Squashed, the king is removed from the side and placed back at the top of the cube. Play continues until there is only one piece left! 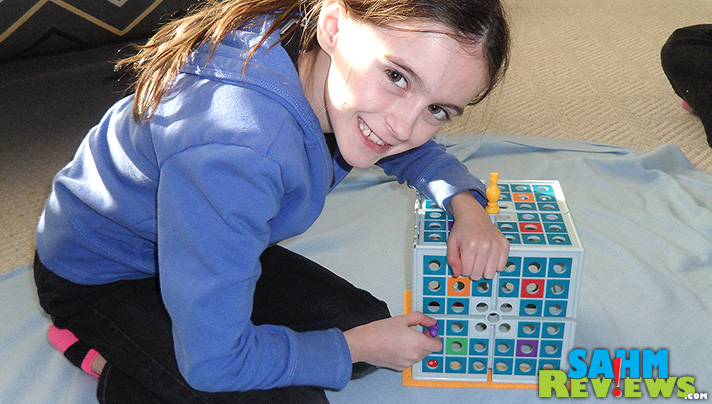 Each game only takes 5-10 minutes at best (including setup) which makes it perfect for a quick game or two before bedtime. The entire unit is well-built from hard plastic and holds up well to the ‘squashing’. Rated for ages 6+, our smaller-than-normal 9-yr-old did have some difficulty removing the pieces from the board to move them, but it didn’t sour her from enjoying the game.

Very simply, this is a FUN game and one we really can’t compare to anything else in our collection. Highly-rated on Amazon (and almost out of stock there again!), this is definitely one that should be on your wish list. PlaSmart has a number of other great products available on their website, and be sure to check out their Facebook and Twitter pages to keep tabs on what they have in store for us this year. With the weather finally warming up I’m sure you’ll be seeing their line of PlasmaCars on your neighborhood streets!

63 thoughts on “Be Quick or Be Squashed”