Pick it. Build it. Animate it. Guess it. That’s the slogan of Morphology, a new party game we had the opportunity of testing thanks to the fine folks at PlaSmart & Morphology Games. Morphology Games launched in late fall of 2009, quickly selling out its original units and in 2010, went to the New York Toy Fair where it received two “Top New Toys of 2010″ nods. In the fall of 2010, Morphology was selected as TIME’s Top Ten Toys list as the Number 2 Toy of the Year.

Not only have we tested it (keep reading), we were given instructions on how to play by the inventor herself, Kate Ryan Reiling! 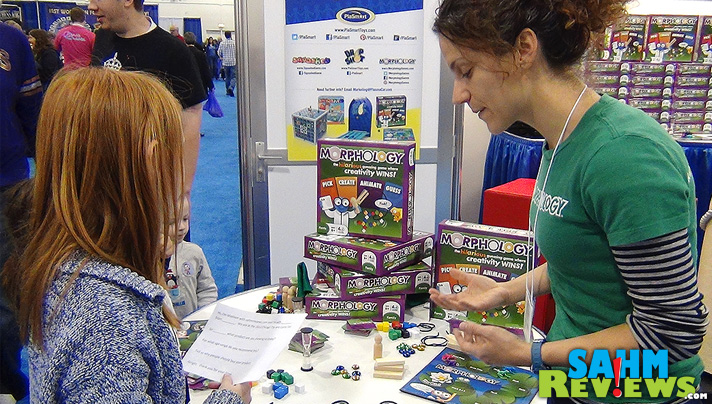 She was kind enough to subject herself to an impromptu interview by one of our roving reporters. Check out the YouTube video above!

But what about the game? Here it is in all its glory. 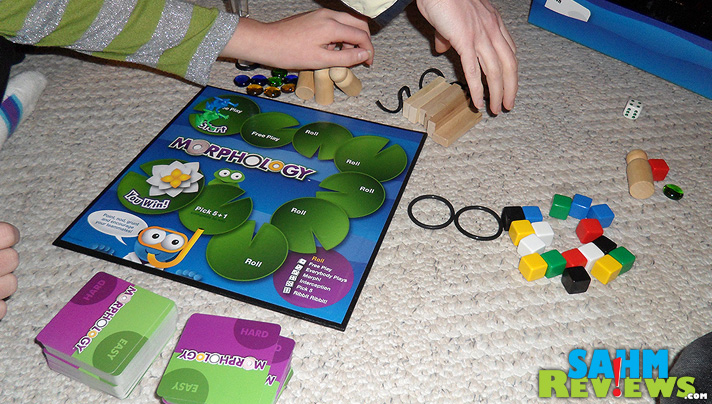 As you can see a TON of pieces are included in the game as well as two large stacks of cards with both ‘easy’ and ‘hard’ words to complete. Morphology is a spin on the classic “Charades” or “Pictionary” in that you use the included pieces to create something that will allow your teammates to guess your word. Get it right before the timer runs out and you ‘hop’ forward one lily pad.

With a minimum of four players you divide up into teams. Each team takes turns guessing words and moving their frog. The twist – each turn you roll a die that sets the ‘rules’ for that turn. Sometimes your opponent can steal your hop, other times you are limited to only 5 pieces to use. Six different scenarios in all make for some interesting game play.

There are quite of number of categories and words to attempt, as well as two levels of play so you can pit the adults against the kids (hard vs. easy). Although based upon our daughter’s creations I think the easy was too easy for them (this is a hot air balloon in case you can’t tell). 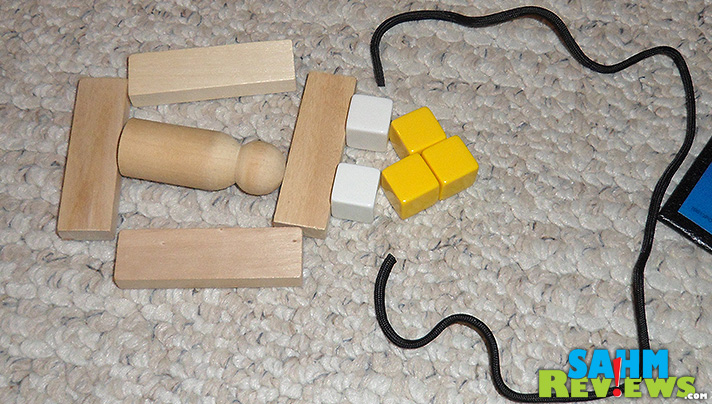 The last lily pad is one last twist. Your opponents get to choose your pieces and you must solve it correctly before advancing to the winning pad! Now it’s up to the luck of the draw to determine your fate.

A great party game for 4 players and more. You can add your own props or even consider a Jr. version. Pick up your own copy for under 15 bucks on Amazon! Want to learn more? Visit Morphology Games via their official website and check out their Facebook and Twitter pages. You can even download an official app to get more words if you run through all of the cards!