Once again $1.38 was the magical price for a thrift shop gem and this one will remain in our game library for quite a while. It isn’t often you find a game with 116 WOODEN pieces (not plastic, actual wood!). From the same people that bring you Quirkle and Q-Bits, MindWare has long been a leader in the educational games category. Zenith is a great strategy game in the genre of Othello or Go, but in three dimensions. 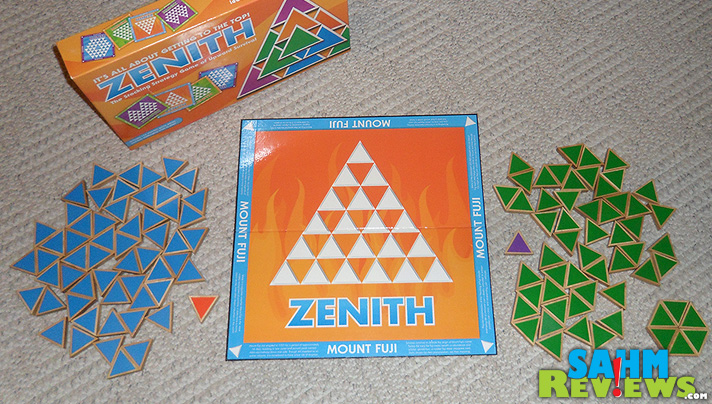 I previously mentioned the 116 WOODEN PIECES, but neglected another unique feature; the game comes with four different game boards! Think your opponent has a sound strategy on one board? Switch it out for a new one and trip them up.

Play is extremely simple and easy enough for a young toddler. The strategy though is best suited for those eight and up. The game begins by placing your color-coded WOODEN triangles on any open white space trying to fill up the board. 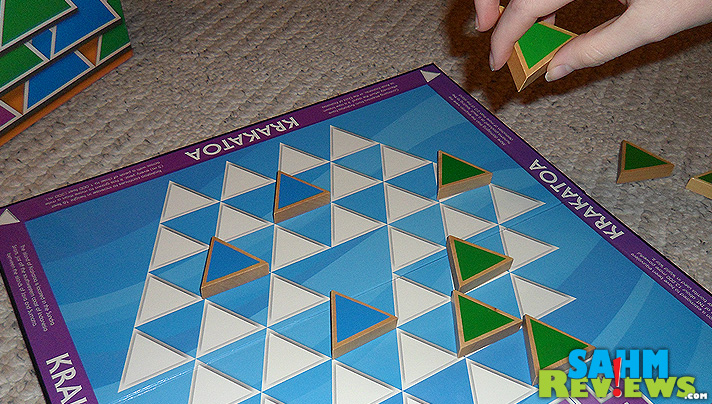 Once there are three filled triangles next to each other creating a larger triangle, you can then stack yours on top of it, but only if your color is represented in the three beneath it. That’s it. 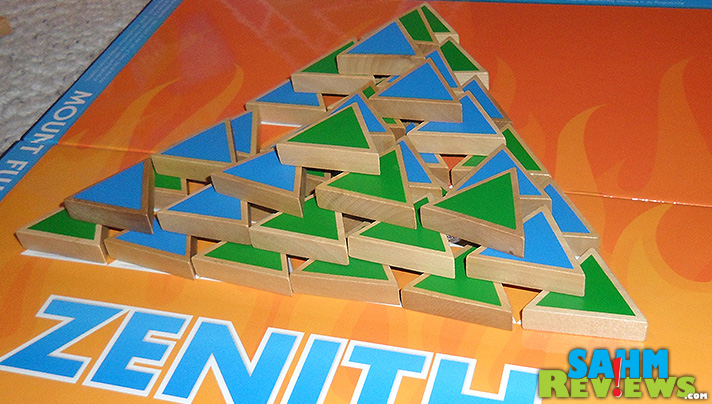 Play continues until someone cannot make a valid move, then they’re out. If there are more than two players, that person is done and play continues in the same fashion until there is only one player left (ie. The Winner). 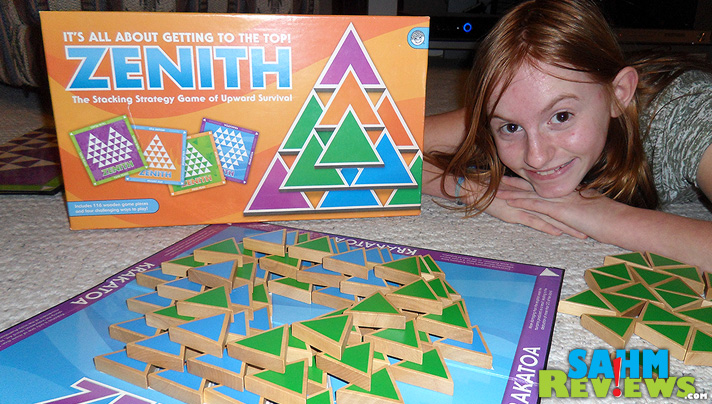 See that smiling face?  That’s the gloating expression of a daughter that just beat her dad on the second try.

We also tried it out with three players and it did introduce a whole new set of strategies compared with only having one opponent. Games only take 5-10 minutes and thanks to the large WOODEN pieces, cleanup is a breeze. Our only ‘complaint’ is that the pieces tend to shift during gameplay and we would have liked to see either an embossed board or one with plastic rails or corner supports that would help keep the first layer in line.  I’m sure this would have added quite a bit to the manufacturing costs though, and since it is available new for under $11.00, this is a fair trade-off.