If you’re wondering if we’ve been playing a lot of trick-taking card games lately, you’d be correct. We’ve been on a bit of a time crunch as of late and nothing beats the simplicity of a card game and its quick setup (and play). Both Yokai Septet and Anansi and the Box of Stories fit this bill quite nicely, each with their own take on the genre.

This week we’ve been toting around a copy of Mayday Games‘ Cahoots to our local game night gathering. There are always a lot of younger players in attendance, so we find this game easier to teach since it doesn’t utilize a trump suit – something that can be a bit confusing for younger players. 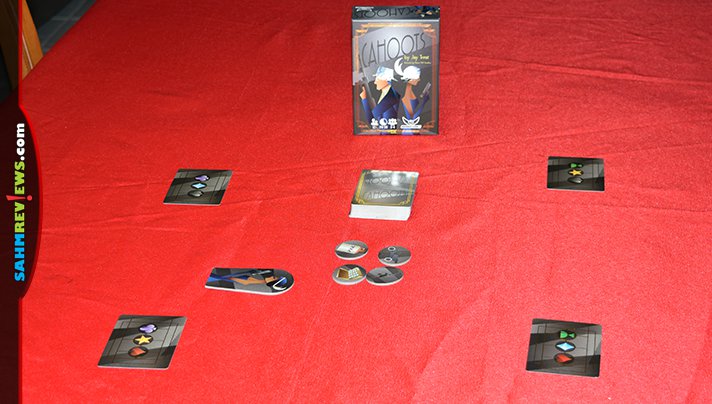 Cahoots is a card game designed for 3 or 4 players, with the full compliment of four working the best. Inside the box you’ll find a deck of 48 cards made up of six suits. Each suit contains the numbers four through eight and has duplicates of five, six and seven. This deck is shuffled and a 12-card hand is dealt to all players. 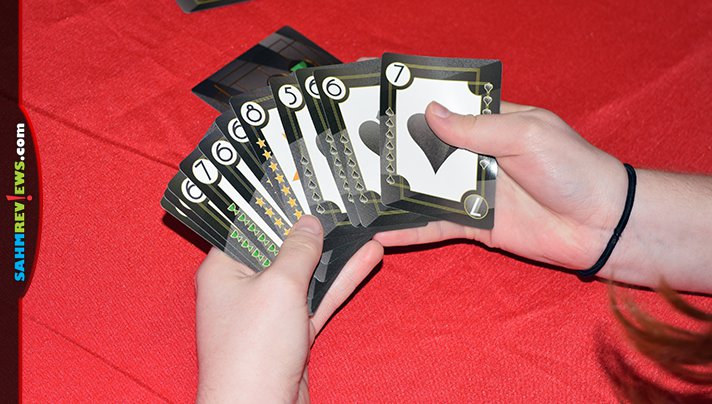 What makes Cahoots different from other trick-taking card games is the way in which a trick develops. As usual, the lead player plays any card from their hand. But subsequent players do not have to follow suit. In fact, they can play any card they like as well! And for the whole trick to be complete, everyone will play two cards each, in order around the table. 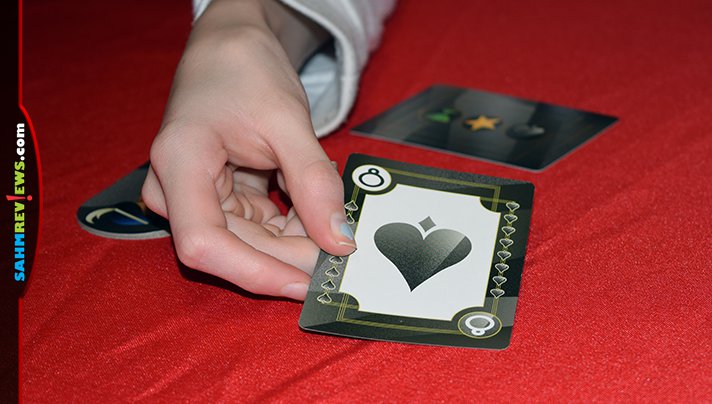 Why would they play something different than what was led? During setup, each person is given one Identity Card that lists three of the six suits. These are the three that player will score on, and each Identity Card is different. When the players play their cards to the trick, they are keeping in mind who owns rights to that suit. 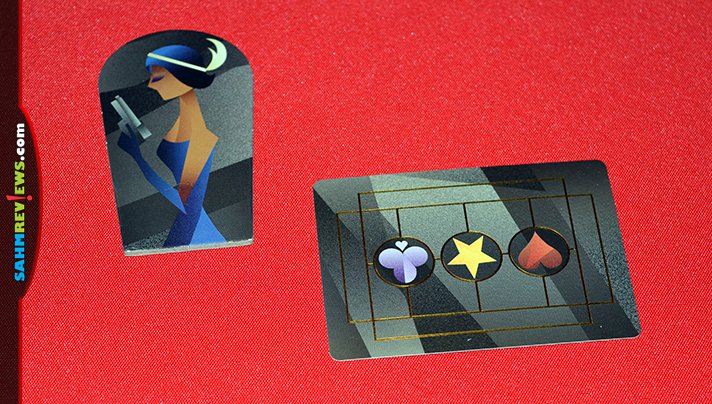 Once all cards are played, they are sorted into suits. The sum total of each suit is determined and the suit(s) with the highest wins the trick. The player(s) with that suit listed on their identity card will be awarded points! There is also the possibility of a tie when determining the highest suit, making for interesting scoring. 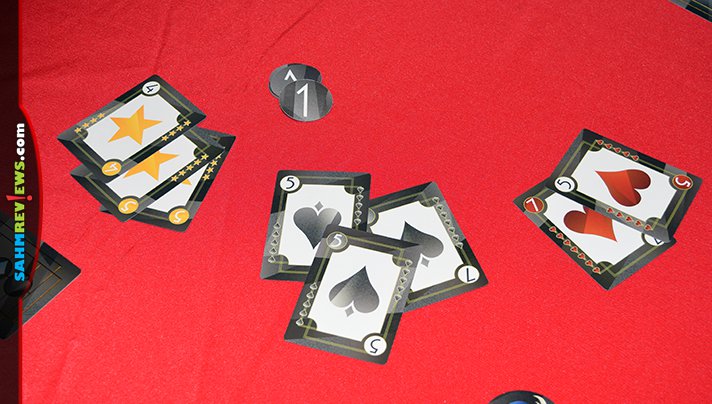 If there was only one winning suit, two players will have it on their card and each will receive two points (temporarily awarded with included tokens). If two suits were tied, it is possible for everyone to have one winning suit. This means all players receive a point. But, it is also possible that one player will have both suits on their card! This person yells “Cahoots” and is awarded all four points! Same goes if three suits are tied. If a player has all three on their card, they earn four points. If not, two players will each have two suits and they again split the pot. 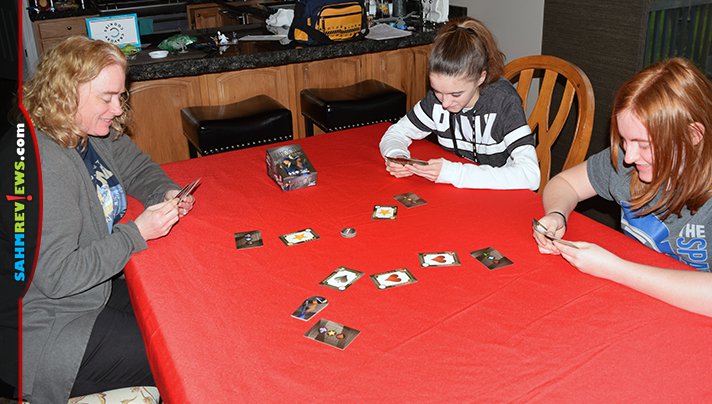 Here’s the other twist to Cahoots. After scoring is determined, all players, in player order, select one of the eight cards played this trick. They can either place it face-up in front of them, meaning they wish to keep it, or face down to discard it from the game. Players get to choose two cards, one to keep and one to throw away! After all cards have been claimed, the face-up cards go into the players’ hands while the face-down cards are exchanged with the point tokens. These cards now become the score tracker (you have points equal to the number of discarded cards you have). 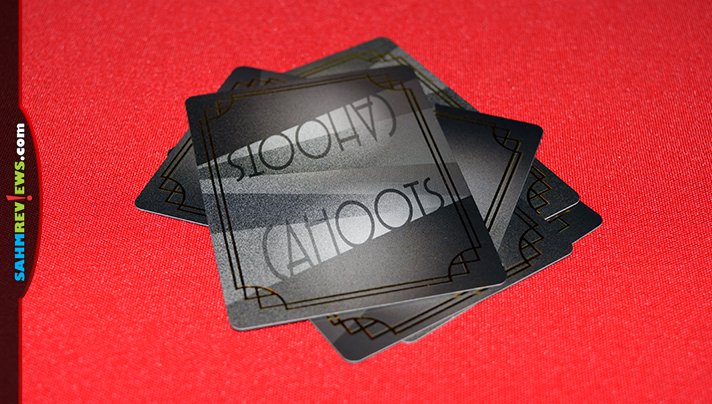 The next trick is then started by the player to the left of the previous dealer. Cahoots is played over 11 hands and the person with the highest number of discarded cards awarded to them is the winner! An alternate scoring variant is included to add a little luck into the game. Instead of just counting the number of discarded cards, count their face value! In this case the trick winners will take turns claiming cards to exchange for their tokens!

Another inexpensive card game, you’ll find Cahoots on Amazon or at your favorite local game store. Mayday Games has an extensive line of affordable family-friendly games and you can find out more about them over on their website. If you’d like to find out about what they’re working on next, be sure to follow them on Facebook or Twitter!

If you can’t wait to get your hands on a copy of Cahoots, thanks to Mayday Games, you can enter to win your very own copy! Fill out the form below and don’t forget to come back each day for additional entry opportunities!