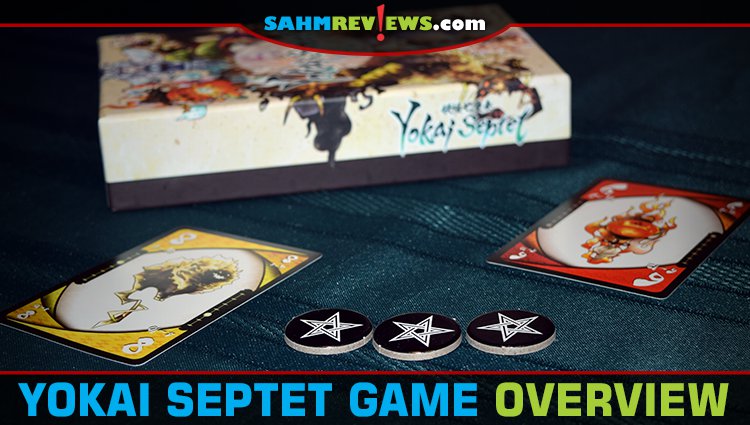 One of the earliest card games I remember learning was hearts. My brother and I were taught it at a young age after we had mastered War and Poker. It was our first foray into the world of trick-taking and learning when to play a card and when to hold it back for later was a fantastic exercise in patience and strategy. Toss in the idea of a trump suit and the learning curve just got a little bit bigger. but it wasn’t too long before we were asking for more!

Hearts and Spades still get played at our family gatherings because the rules are so familiar to everyone. We haven’t found many advances over the classic Hoyle rules – until now. We were recently introduced to a Yokai Septet by Ninja Star Games and discovered that changes could be made in the trick-taking game world without taking away the familiarity of other 52-card games. Personally, I had no idea what Yokai meant. But Madison knew! It was thanks to the hours and hours of playing Yo-Kai Watch! 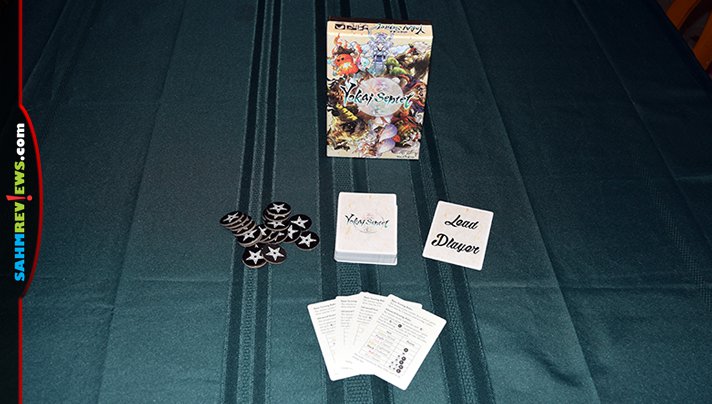 Yokai are Japanese ghosts and monsters from all parts of Japan and all periods of Japanese history. Their stories have been retold in books and in tales handed down from generation to generation. You might think of them as Japanese fairy tales or legendary creatures that have never been disproven. The Yokai Septet card game challenges you to capture the most Yokai so you can be the hero of your village!

The major game theories of Yokai Septet are similar to Hearts or Spades. Instead of four suits of 13 cards, in this game there are seven suits, each containing seven cards. The values are not the same from suit to suit either – one runs from A through 7, while another begins at 7 and goes through 13! The one commonality between all the suits is the existence of a “7” card. This is the Yokai of that suit and the card you want to capture. 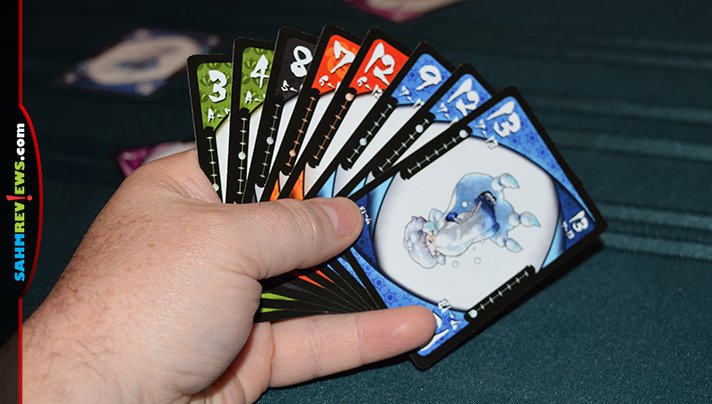 Yokai Septet is played with 3 players individually or 4 players in teams of two. Each person is dealt 12 cards from the shuffled deck of 49 cards (16 each in a 3-player game) and the one leftover card is turned face-up to the center of the play area. This card’s suit becomes trump for this round, a very different experience than in Hearts where the trump suit is always the same. 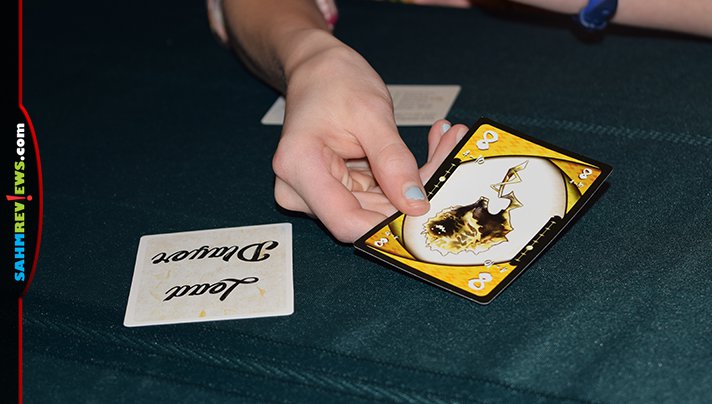 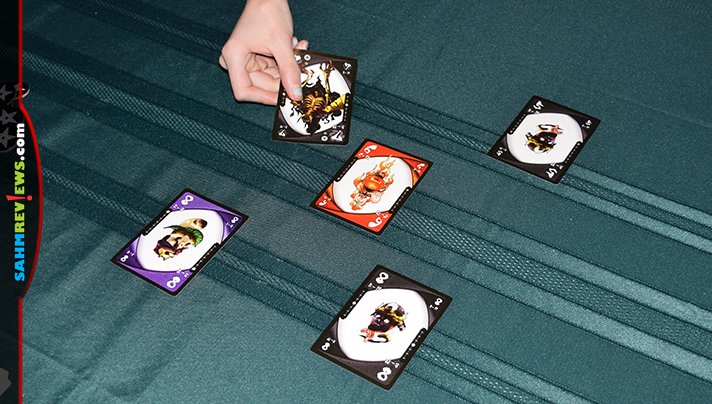 The trick winner takes all the cards played and puts them in a pile next to them (keeping tricks separate so everyone knows how many they have won). If there was a Yokai in the trick, they’ll pull that card aside and keep it face-up in front of them. This person also becomes the lead player for the next trick. 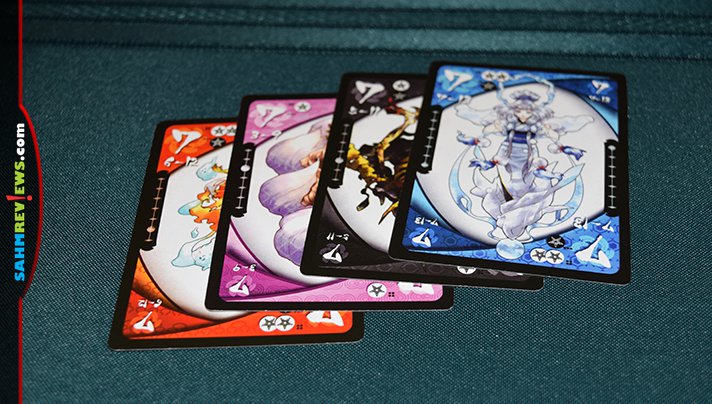 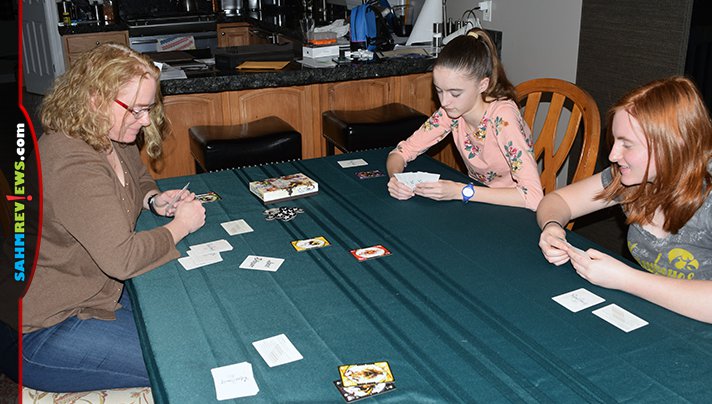 If a team managed to win four or more Yokai cards, then that team is the round’s winner. If a team wins seven tricks, however, the other team is the winner! In this case the winning team takes any Yokai cards left in everyone’s hands and adds them to their stack! If neither of these two things happened (four Yokai or seven tricks), the team who won the last trick is the winner.

Originally brought to life thanks to a successful Kickstarter campaign in 2018, you can now find copies on Amazon or direct from Ninja Star Games on their website! We’ll be breaking out Yokai Septet at our next family gathering to see if we can break the family away from their Hoyle deck for a few minutes. We’re also following Ninja Star Games on Facebook and Twitter to find out what else they’re working on – you should too!

What vintage card game does your family regularly play?