Having two brothers very close in age, I was able to see the power of sibling bonding. They were – and still are – best friends; doing things together, sharing experiences, enjoying time together. Did they fight growing up? What sibling doesn’t? My girls are close in age and we often tell them that they should be best of friends because there isn’t anyone else in the world they can count on as much as each other. 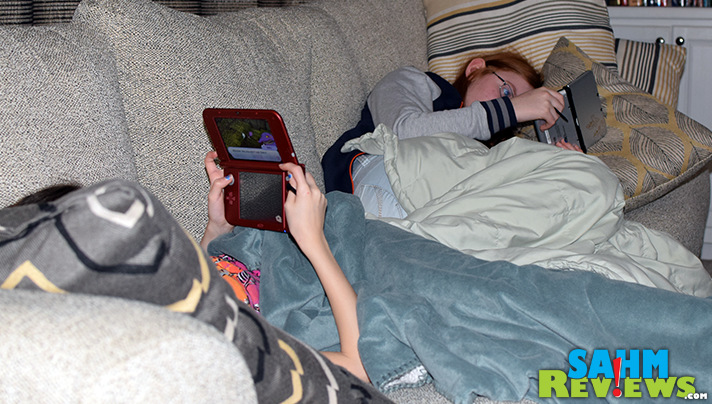 Yet they fight, as siblings do, and have few passions in common. Kennedy has always been perfectly happy playing with Lego Friends and dolls, creating art and being a princess. Madison on the other hand leans toward electronics of all kinds and can often be found putting one device away in order to pick up another. They find some common ground for those days when the company of the other is their only option for play. A few particular video games appeal to both, but they are both perfectly happy sharing space together while each independently plays a game on their own Nintendo 3DS XL. 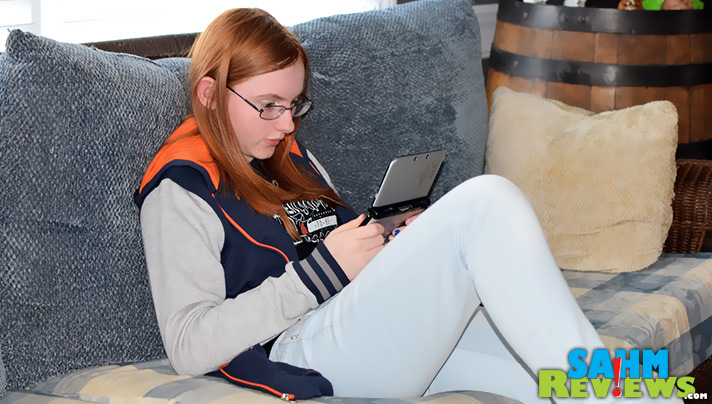 As I explained the other day, the girls are busy with schoolwork, honors programs, symphony and music programs as well as sports. Because we know their brains need some down-time, we’re quite lenient with their electronic time for entertainment. Finding board games they both like is easy, but video games they can agree upon is a bit different. We finally discovered one that’s been all the craze in Japan and is available for the first time in the United State: Nintendo Yo-kai Watch. It’s made exclusively for Nintendo 2DS and 3DS gaming systems including the 3DS XL. The game concept is that the character receives a watch that gives them clues to where to find Yo-kai friends around the town.

So what’s so different about this game? Have you ever had some kind of unexplained mishap like forgetting your keys or running late? The thought is that maybe a Yo-kai is to blame. Players in Yo-kai Watch must find and befriend these mischievous Yo-kai that inhabit the world and recruit them to battle other Yo-kai. I asked Kennedy to explain a little about it. “At the beginning you will receive a Yo-kai watch. When you go around town on missions the Yo-kai watch will tell you when you are getting close to a Yo-kai kinda like playing “hot and cold.” Some Yo-kai are bad and will fight you and others will help you fight.”

She proceeded to tell me that it’s more of an adventure than a battle game which is why she likes it. She also likes the fact that she has a Yo-kai helper named Whisper who guides you through the game. Whisper is actually the Yo-kai that gives your character the watch in the first place when he’s out searching for rare bugs in a tree! 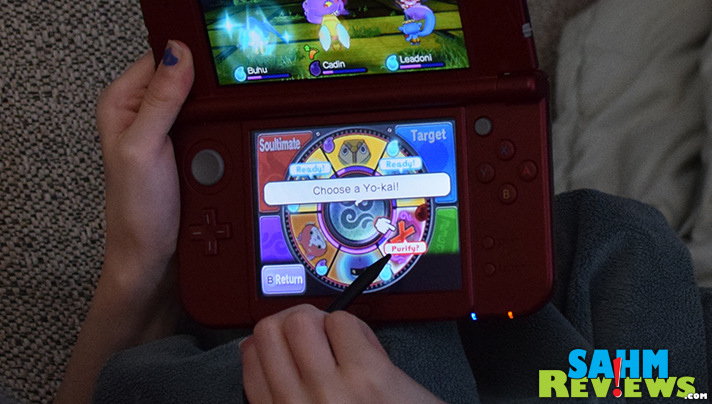 Unlike battle games that are mission-centric, Yo-kai Watch focuses on exploring and happening across the various missions. Kennedy said it’s more fun to do things at your own pace like this because if you get stuck on something, you can explore elsewhere then come back. She said there are a lot of little actions that make her laugh. As an example, there’s one “boss” Yo-kai that has a bunch of minions. If you get too close, the minions will dance around (picture someone making faces teasing “neener-neener”) to get the boss’s attention. Try to run and they do it then, too. She doesn’t mind battling because she has friendly Yo-kai that help her along the way. 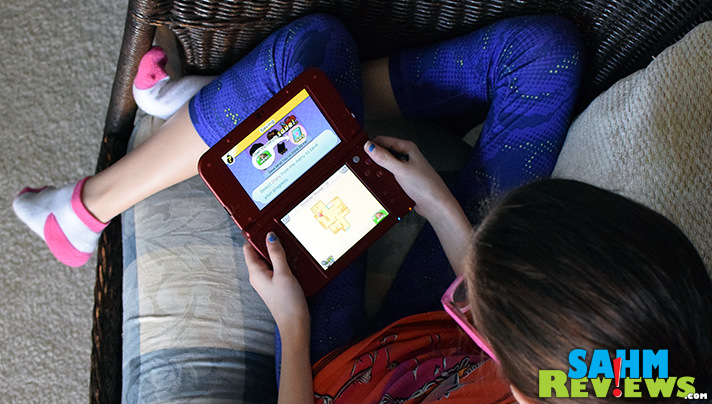 Nintendo Yo-kai Watch continues to evolve as the game is played. With continuing tasks of finding Yo-kai combined with missions to upgrade the watch itself keep the game interesting. This game has been a hit for both our gamer and non-gamer daughters! You can learn more about the game on Nintendo’s website. Be sure to check out the Nintendo Facebook page and Twitter channel for more information about this and other hit games!

You can pick up a copy of the game for the retail price of $39.99 or you can take a few minutes to enter to win a copy!

15 thoughts on “Even Our Non-Gamer Loves Yo-Kai Watch”