Last week was spring break for our school district and that meant my Facebook feed was filled with friends sharing pictures of their family adventures. The school choir headed on what would be most kids’ first trip to New York. Some (like us) stayed home and played board games, others headed on a cruise, visited an all-inclusive resort or a few went overseas. But the bulk of the trips involved a visit to Walt Disney World or some other amusement park. I was fortunate that my parents took us to amusement parks when I was a kid. Some of my earliest amusement park memories involve rides with my parents and brothers. I vividly recall learning about centrifugal force while riding inside a barrel where the floor dropped out from under us. The Tilt-o-Whirl is where we discovered my brother doesn’t do well on rides that spin you around and around and around. Then there’s the time my dad took me on my first roller coaster – The Racer at King’s Island. I remember struggling to stay upright in my seat but I loved it and it became one of my favorite Father/Daughter experiences.

When Madison was young, I hoped to give her that type of memory by taking her on Expedition Everest at Disney’s Animal Kingdom. I was wrong. It took years before she would ride another with me and now she brags about all the coasters she rides at the parks with friends. We’ve brought a piece of this experience to our game table by designing our own amusement park in Tiny Park from HABA. 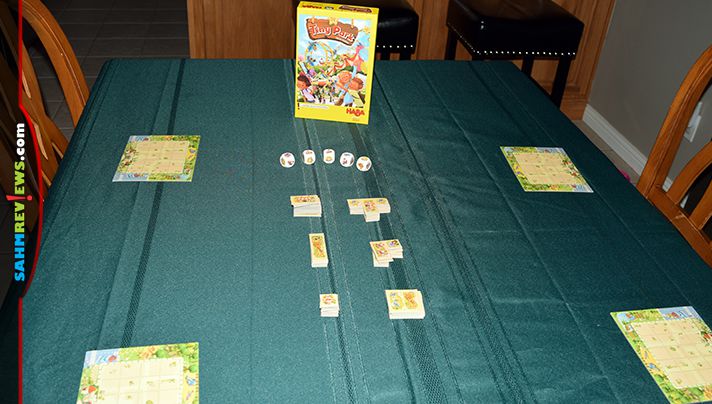 In Tiny Park, players are working to be the first to design and open their amusement park. The game can accommodate children as young as five but it’s fun for all ages. With the dice rolling concept from Yahtzee and the puzzle feel of Tetris, it’s simple – but not – all at the same time! You’ll need the luck of the dice to succeed at this game. Each player begins by taking one of the construction sites.

Ride tiles are sorted by shape and placed in stacks in the center of the table. The dice are given to the player who most recently rode a roller coaster and you’re ready to start. The various amusement rides are depicted on six different shapes of tiles ranging in size from one single space to four spaces together. The rides vary from tile to tile and shape to shape with no two being identical. Some rides are larger and may take up two or three spaces on one tile. 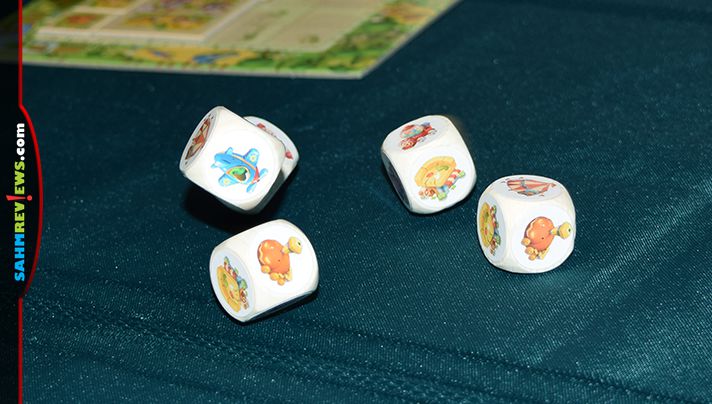 On your turn, you’ll roll all five dice. Compare the results of the dice to the requirements on the attractions on the top of each stack. After any roll, if you’re able to match all the requirements on the tile you were hoping to add to your park, then you can claim the tile and add it to your park. Your turn would end there. If you aren’t happy with the results, you may set aside any you like and roll the remaining.

Repeat the process, optionally adding any that have been set aside as you make your third and final roll. If you’re not able to claim any tile then your turn is over. You may only claim one attraction per turn. 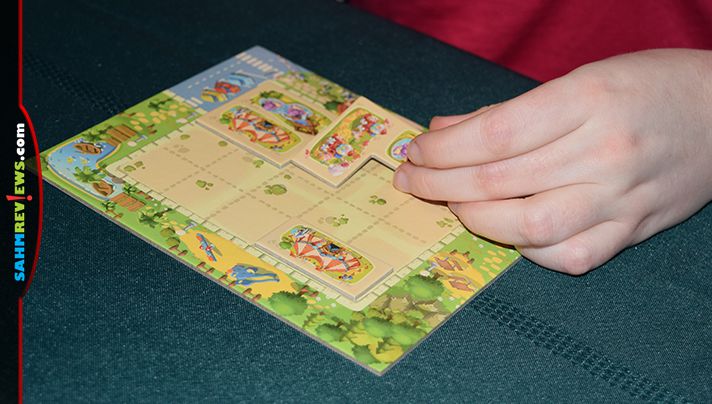 Take your new attraction tile and place it within the borders of your construction site. Once construction of a tile is completed (meaning that you place it in your park) you cannot move it. 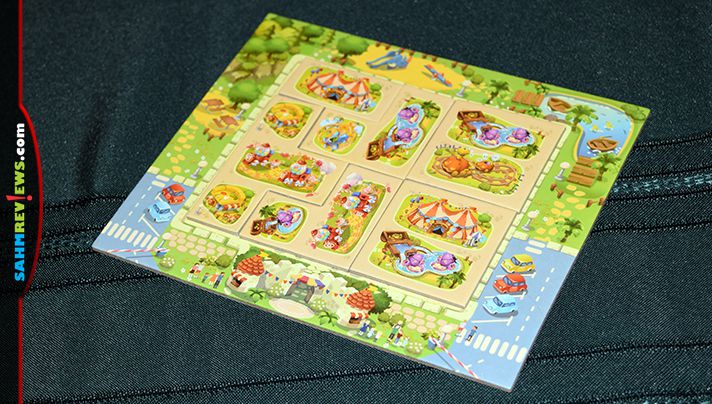 The process continues around the table clockwise with each player being allowed up to three rolls to claim one attraction tile. The game ends when one player has completely filled their construction site.

While roller coasters might not be for everyone, there’s a little something for everybody at an amusement park. Tiny Park is a fun way to learn what everyone likes best. Copies of the game are readily available on Amazon for under $15 but you can grab a copy direct from HABA or ask your local game store if they have it in stock. Ride along with HABA on Twitter and Facebook to find out what other games are ready for your amusement!

What’s your favorite part of the amusement park?