Sunday we returned from our excursion to the Big Apple, the City That Never Sleeps, the City So Nice They Named It Twice – New York City! I had been there twice in my past. Once when I was a young teenager and it was only because we were landing there from our overseas tour of duty and then driving to our family’s next assignment in Illinois. The other was for a trade show over a decade ago and those 3 days were nothing but standing in a booth, walking back-and-forth to our hole-in-the-wall Koreatown hotel and sleeping. This time it was my wife who was attending a blog-related convention so I took it upon myself to treat the rest of us to a few days exploring what Manhattan really has to offer.

I’ve always had some preconceptions about NYC, and while some were spot-on, others were unfounded. Here’s some of my observations while traversing (usually by foot) through nearly every part of the borough:

LaGuardia Airport – Crowded, outdated and chaotic is what everyone told us. Bingo! I’ve flown into or through nearly every major airport at one time and I felt like I had landed squarely in the 60’s when we stepped off the plane and into the terminal. I don’t know how people can put up with travelling through here on a regular basis. It seriously needs some TLC. 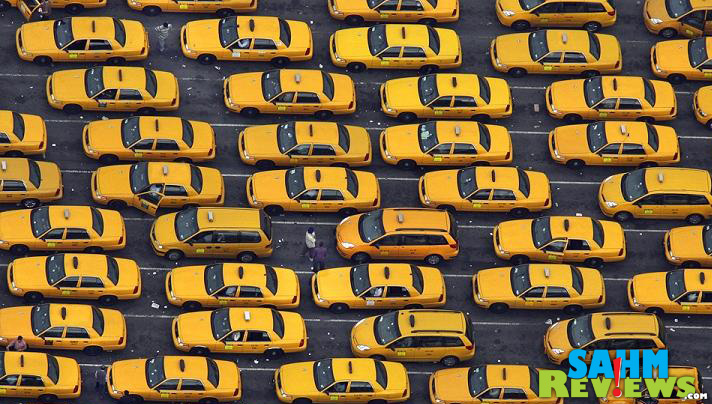 Taxis – English-as-a-second-language? Check. Crazy driving? Double-check. Easy to find at the airport? Yep. Easy to hail on the street? Sure, as long as you do it correctly (step into the street, arm up and look for the light on the top of the cab to be lit). Angry driver? Yes, but usually only at other cabbies. Friendly drivers? Every single one we encountered was very friendly and seemed to truly enjoy helping out the passengers. Maybe Uber is giving them a run for their money? 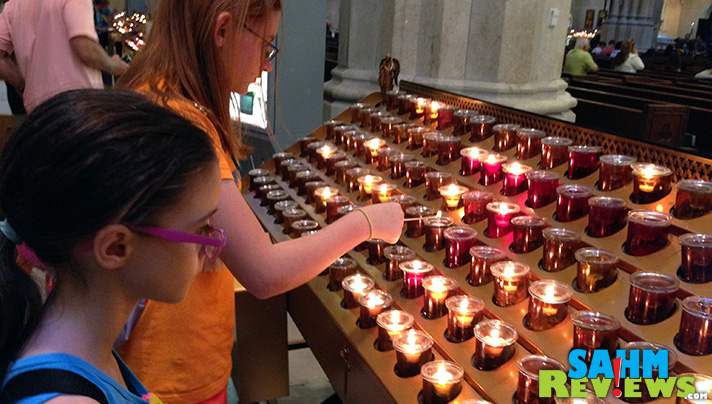 Hotels – We stayed at a Hampton Inn and found it to be very nice. We also got to visit a couple others (Sheraton, Hilton, etc.) and all were very clean and the staff extremely accommodating. But you’ll get sticker shock when you start shopping for one, so don’t be surprised. And also realize that the rooms will be smaller than you’re accustomed to at similar properties in other cities or states. the real estate is at too much of a premium to squander it on large rooms. 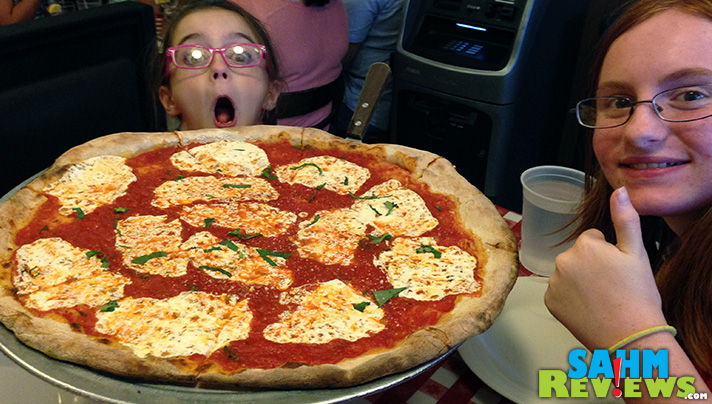 Food – OMG, how is every NYC resident not 500lbs. or larger? Within a mile or two radius of our hotel we counted eight McDonald’s, six Chipotle’s, seven sushi restaurants and more pizza places than we had fingers and toes. This doesn’t even begin to cover all the high-end dining options, much less the dozens in Times Square. And every single one of them we tried had fantastic food. I don’t think New York City gets enough credit for the quality and array of dining choices available to them. I would go back just for the food! 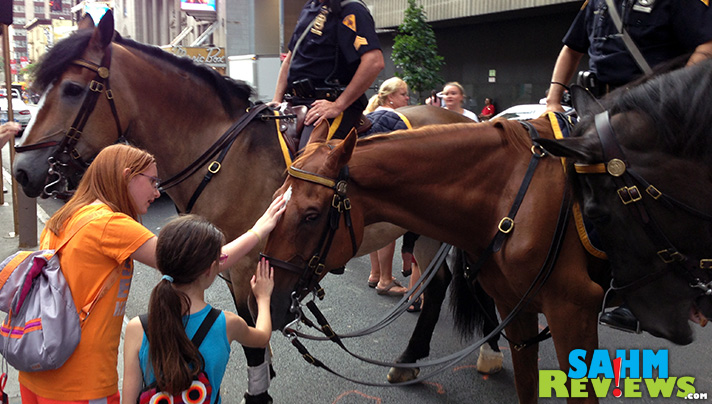 People – I have to admit that I had a preconceived notion about this subject. When I was in Los Angeles and dealing with customers in New York, every single one of them was rude, obnoxious and condescending. So I was not looking forward to being in the middle of millions of attitudes, especially around my girls. I was sorely mistaken. Maybe it was because we were in a tourist’s area, but we ran into some of the most polite people we have ever encountered. With one exception – small boutique (or discount) store owners. Everyone who knows my girls knows they act much older than their age, so we were a bit offended when one shop owner refused to let them even look at any of her wares. We were purse shopping for them, and I have no preference on purse type, but this particular owner would only let me touch the purses. The kids (10 and 12) could not examine it for themselves. Too bad, she lost that sale. 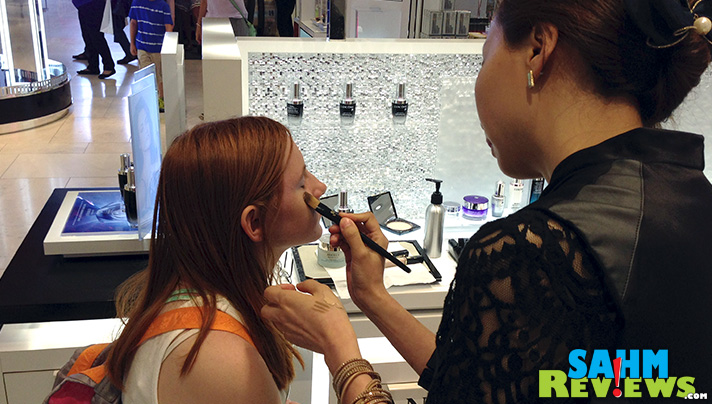 Fortunately the exact opposite happened at Macy’s. Not only were we greeted by every employee we came across, two even took time to do the girls’ makeup and show them all the different lines of perfumes. It was definitely a highlight of the trip and will be on our list next time we’re in town.

Transportation – Don’t be afraid of the subways, regardless of what you’ve seen in the movies. Sure they’re crowded, but it is the most cost-effective way of getting around the city. Of course you could do what we did and walk nearly everywhere (20+ miles in 3 days), and as long as the weather is nice I highly recommend it. We discovered so many cool stores and eateries that we would have never seen if we had been underground.

Traffic – There’s this odd symbiotic relationship with the vehicles and pedestrians in New York City that is fascinating to observe. So many things we take for granted elsewhere in the country are merely ‘suggestions’ in NYC. Lane markers, crossing lights, etc. are all subject to interpretation – and it works! Almost every street is a one-way, so if you’re walking and you see that there is no traffic forthcoming, you simply cross the street – even if the red hand is lit up. Rapid fire honks from a car should not upset you, they are merely a ‘hey, I’m coming at you so move it’ message. You’ll know when someone is truly upset as you’ll hear them lay on their horn for a few seconds. You don’t want to be hit and they don’t want to hit you either. Just be aware of your surroundings and you’ll be fine. 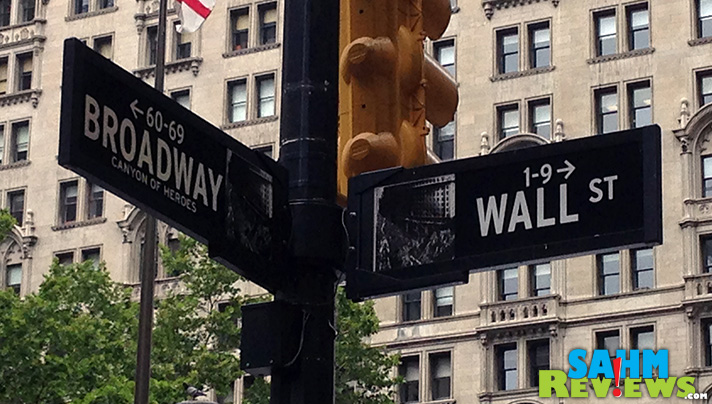 Walking – I mentioned it before and thanks to a myriad of GPS-enabled apps, you should not be scared of walking nor getting lost. You’ll be able to spot the true city residents as they amazingly can have their nose buried in their phones while at the same time maneuvering through the traffic and crowds without missing a step. For us vacationers we had to keep our eyes forward. 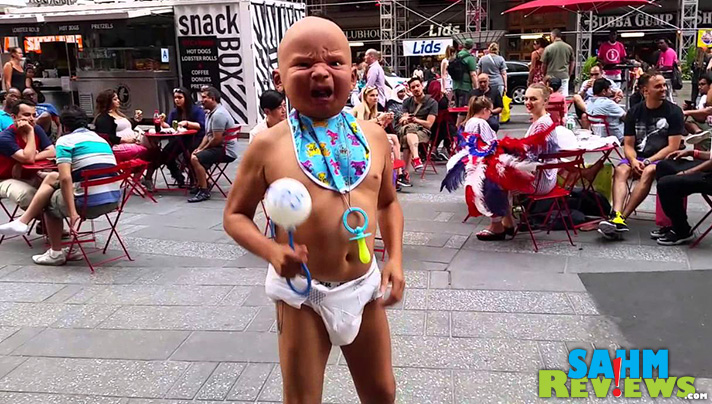 Times Square – You have to visit this in both the day (for shopping) and at night for the experience. Fine dining, Broadway theaters and street artists all share the area, making for a non-stop feast for your eyes. But…what most don’t tell you is that Times Square at night isn’t very kid-friendly. Not because they’re not safe, but due to some of the things they might see (and you’ll have to explain). Like the geriatric naked grandma. Or the Times Square Baby (grown man in a diaper). Or even the topless (with body paint) troop of 20-something girls just parading around. That’s not to mention the saddest looking Elmo and Spiderman mascots I’ve ever seen.

We were so amazed with our experiences that my girls have already requested another visit next summer. It seems like we did so much over our three full days of exploring, but I know we have only scratched the surface. Next time we’ll be more prepared and not as worried about our safety or the attitudes of the population. We discovered they’re just like us – just maybe in a little more of a hurry.

24 thoughts on “Revelations From a New York First-Timer”