One of our country’s most famous authors served as a captain on the river and eventually took a pen name with roots in the same body of water. He referred to it as majestic and magnificent. An artist who studied with Grant Wood created sculptures from the dense clay from the banks of the river. There’s even a dessert named for it. It’s critical to the transport of goods in our country via the lock and dam system. It’s important for many reasons.

Mark Twain describes it in his book Life on the Mississippi, “the great Mississippi, the majestic, the magnificent Mississippi, rolling its mile-wide tide along, shining in the sun…” If you look at the Mississippi River on a map, it runs due west in only one part of the entire 2,300+ mile length. That’s where we live. Around here, there are many places to see the river. There’s a bike path that runs along it as does our minor league ballpark. 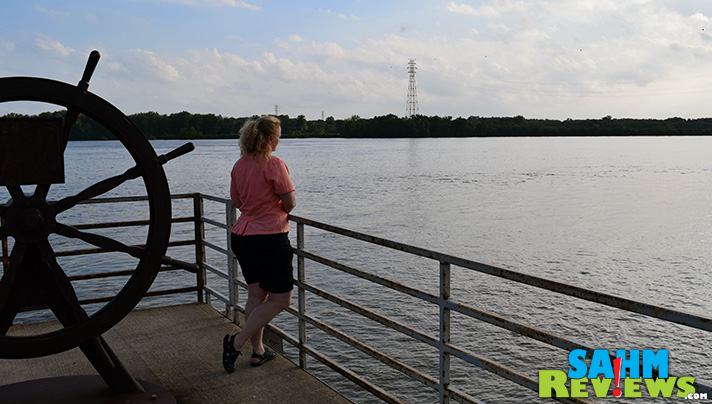 One of my favorite places to view the Mississippi River is Leach Park, just a short drive from our home. An old dock that used to be home to various riverboats is now a place to stand and view the river. I’ve even watched people fish from it. The park offers a boat launch that allows casual boaters and river rats the opportunity to enjoy the river first hand. 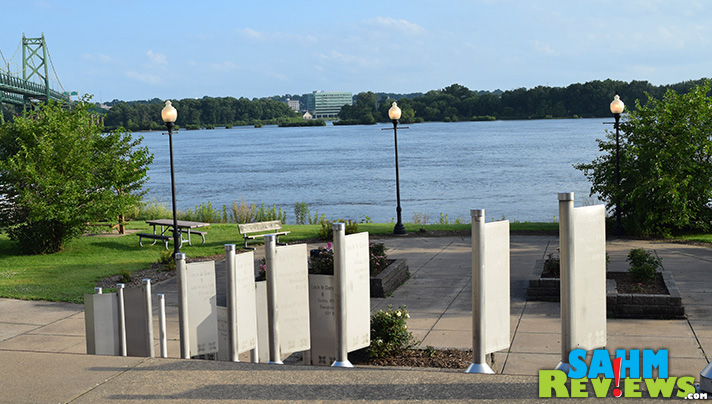 The bike path I previously mentioned overlooks Leach Park and accommodates walkers and runners as well. It connects to the park via one of the coolest sets of stairs I have ever seen. What appear to be randomly placed markers on the stairs are actually a depiction of the Mississippi River’s lock and dam system. You can stand at the top or bottom of the stairs and see an architectural representation of the flow of the river with markers that indicate the lock and dam numbers and elevation as it descends toward the Gulf of Mexico. People come from near and far to see the breathtaking bald eagles who call this part of the Mississippi River their home.

Sadly, when you look closely, you’ll see it is also filled with garbage. In 1998, Chad Pregracke founded Living Lands & Waters. In 2013 he was named CNN Hero of the Year. For up to 9 months of the year, Chad and his team live on a barge hosting cleanup efforts, conducting workshops, offering tree-planting opportunities and many other conservation efforts. Aside from the actual cleanup, Living Lands and Waters is educating people on just how much garbage is ending up in the Mississippi River. In 2010 they hosted 23 events and removed 62,000 pounds of garbage from the river. During only 12 events in 2014, over 90,000 pounds of garbage was cleaned up. 90 THOUSAND pounds. In the river. In Mark Twain’s majestic, magnificent Mississippi.

It’s sad the amount of garbage that can be found within and along the banks. Part of it is from people who litter. Other garbage ends up in the river as a result of the annual flooding. Each year the Mississippi powers past the banks and into the land. Many cities, such as those here in the Quad Cities, have complete businesses and homes under water each year when the river rises. Garbage in the street along with debris from businesses and houses ends up flowing down the river with the current. 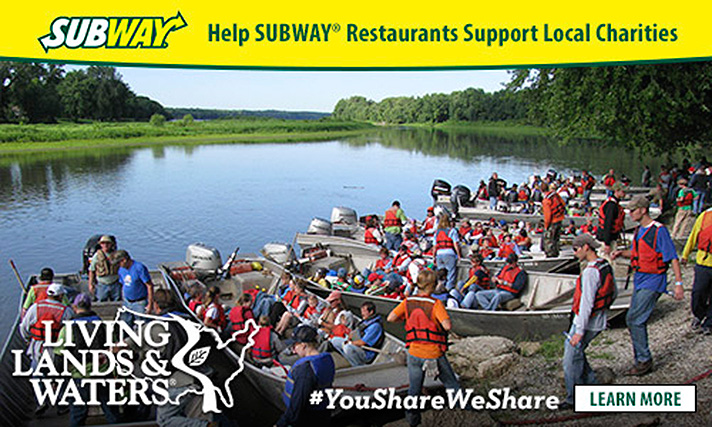 Living Lands and Waters is dedicated to putting some of that back where it belongs and now they have some extra support. From now through August 31st, more than 1,200 local SUBWAY® Restaurants are participating in the “You Share. We Share.” campaign to help support different charities. 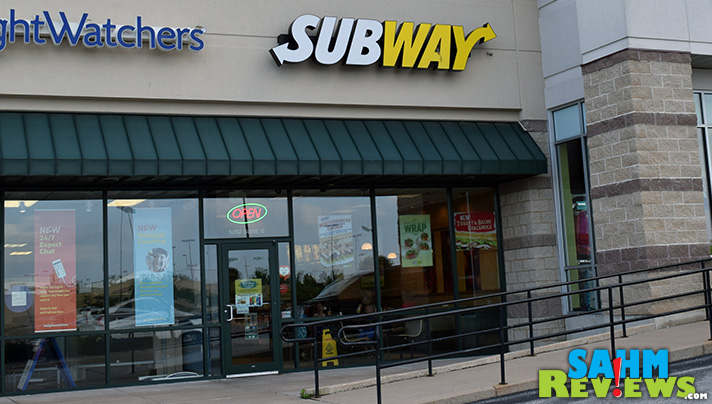 As part of the “You Share. We Share” campaign, communities are encouraged to get out and share their weekends with SUBWAY® Restaurants, and SUBWAY® Restaurants in the Quad Cities area will share right back by donating a percentage of weekend sales, up to $10,000, directly to Living Lands and Water.

Whether you live near the Mississippi River or not, you can certainly appreciate the efforts of Living Lands and Waters. If you live in the Quad Cities, I encourage you to support their efforts while enjoying the food and the weekend. Not in the Quad Cities? Contact your local SUBWAY® restaurant regarding the “You Share. We Share.” campaign.

This blog post is part of a paid SocialMoms and SUBWAY® blogging program. The opinions and ideas expressed here are my own.

39 thoughts on “Buy a SUBWAY. Help Clean the Mississippi”