When it comes to playing games, word games are among my least favorite. Not because they aren’t fun, it’s because I know I won’t have a chance of winning or even being in the running. I believe I have an average vocabulary, but struggle sometimes to come up with the right word(s) for the moment. When playing games like Codenames, I have no chance of getting people to guess more than one word at a time.

I may have found a word game that solves this problem for me. Last year TheOP (formerly USAopoly) released Blank Slate, a party game where “_____ minds think alike”. No, I didn’t forget to recall a word again! The blank space is an example of what you’ll find when playing Blank Slate at your next family game night! 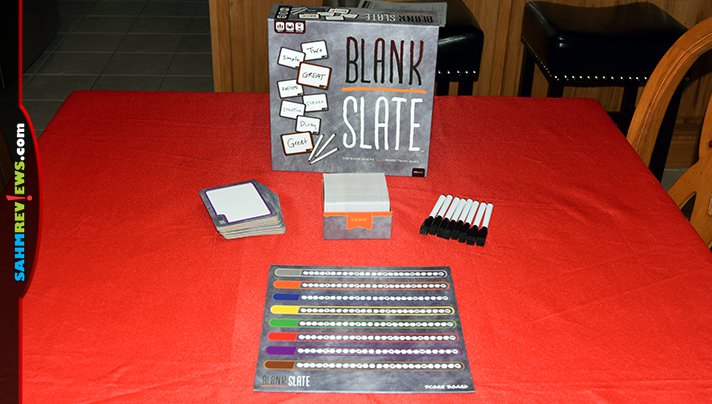 What Blank Space does differently is it doesn’t ask me to blindly think of a word to describe something. Instead, using card prompts, it asks me to create a word or phrase using cues randomly drawn from a deck. As most party games should be, setup takes no time at all. Give each player a dry-erase slate and marker, set the score board in the center of the play area along with the card box holding all 250 included cards. Players will write their names on the score board in the space whose color matches their slate. Determine first player and you’re ready to start! 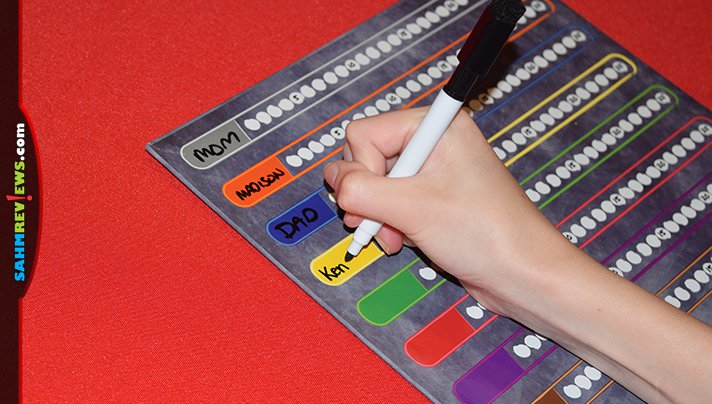 The active player draws a Word Cue card from the “draw” side of the box and reads it out loud (place it on the table face-up for everyone to see). All players will then try to come up with an addition or word to complete the blank section of the Word Cue card.

Single-letter additions, such as pluralizing a noun, are not allowed. Adding a syllable or converting it into a compound word are ideal, as is providing a separate word that creates a two-word phrase. Proper names are fine also! 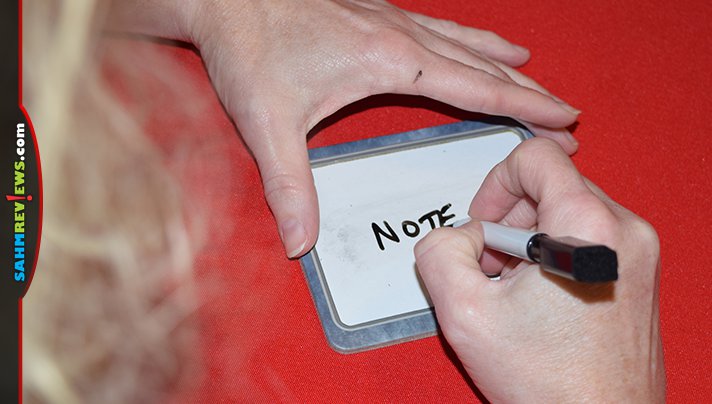 Each person will write their addition on their slate and keep it hidden until all players, including the active player, have come up with an answer. All results are revealed at the same time and scores are tallies. If exactly two players match answers, they will each receive three points. If more than two provide the same answer, each person receives one point. If you don’t match anyone at all, you unfortunately don’t score. So much for your wide vocabulary! 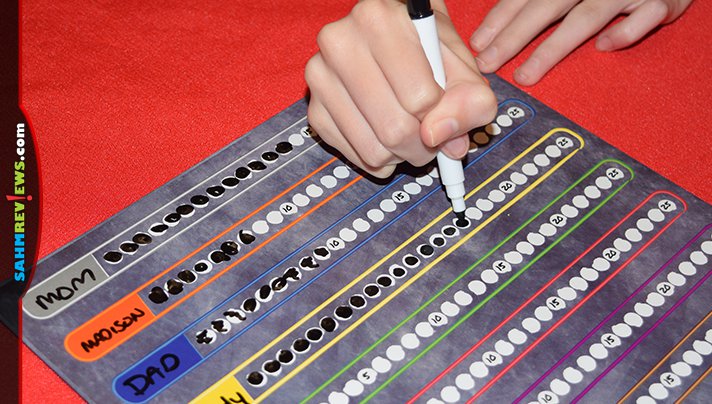 There is no pawn to move on the score board in Blank Slate. Using your dry-erase pen, mark your progress on the score board. The first player to reach 25 points wins! Interestingly, there are no listed rules for what do to in the case of a tie or if more than one player crossed the 25 point threshold during the same turn. We assumed if there were more than one, the person with the highest overall score is the winner. But in the case of a tie, we were forced to play additional rounds until a clear winner was determined. Of course, you can simple play in a less competitive manner and award the victory to everyone that hits 25 points! 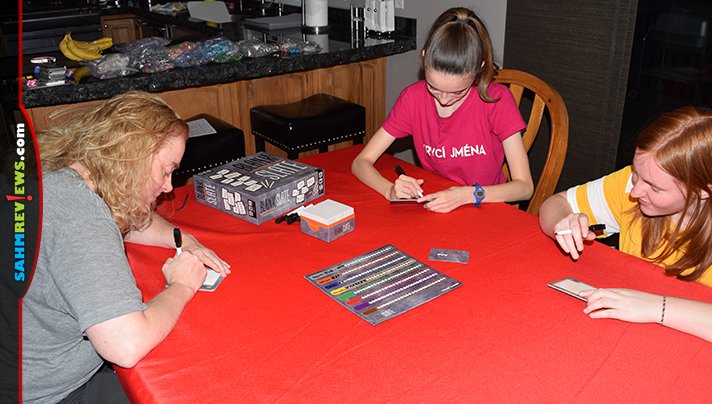 For the past year, you could only find Blank Slate at Target since it was one of their exclusive titles. You can now find it on Amazon as well as at other game retailers throughout North America. At under $25 and supporting 3-8 players, it may make sense to pick up more than one copy so you can play with larger groups!

Find out more about TheOP on their website then enter below to win a copy of Blank Slate for yourself! Be sure to come back each day for more chances to win! Before you know it, you’ll be an expert word _____!