There has been no lack of games about pirates. We’ve covered quite a few of them over the past few years, including El Capitan, World of Yo-Ho and Piratoons. There have been so many that we even dedicated a full article about pirate-themed games back in 2015. There have been a LOT since then.

When we picked up a copy of Gamewright‘s Loot card game at our local Goodwill last month, we didn’t realize it was their first entry into the world of rum and booty. We also discovered it was created by rock star game designer Reiner Knizia, whose name was not printed on the box cover (it typically is). We’ve loved many of his other games, including Great Wall of China, Battle Line and High Society, and had the same expectation for Loot. 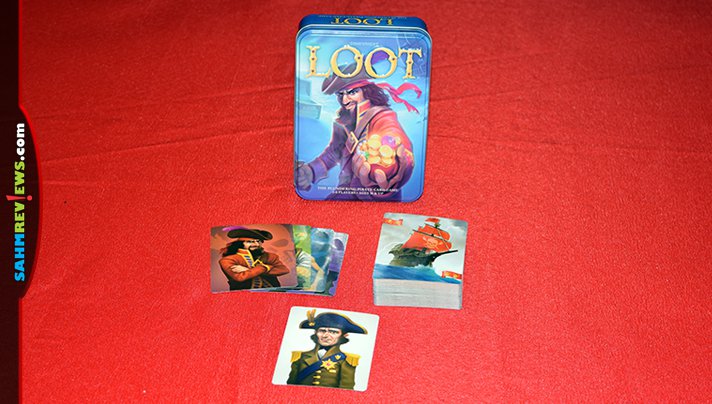 Presented in a metal tin, Loot is made up of a deck of 78 cards and supports up to five players in single mode or up to eight when played as teams. The deck is shuffled and six cards are dealt to each person, with the rest stacked in a face down draw pile in the center of the play area. 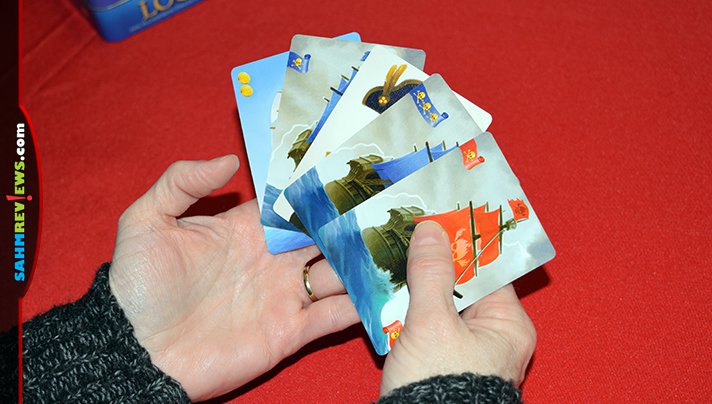 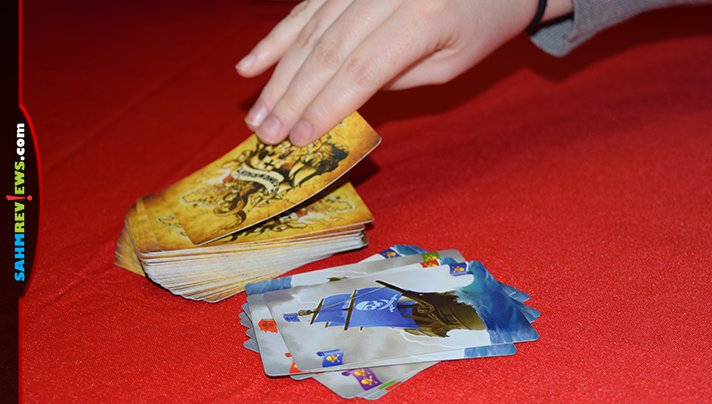 Each merchant ship card has a number of gold coins shown, signifying how many points it is worth at the end of the game. Pirate ships feature a familiar skull-and-crossbones, denoting their attack power. The goal is to win a merchant ship by either playing one and having no one attack it for a full round, or to win one by attacking it with the highest powered fleet of pirate ships and also maintaining that lead for a full round. 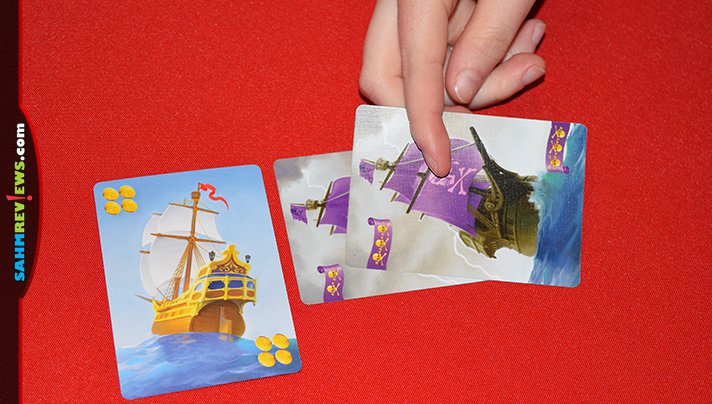 Once someone plays a pirate ship on a merchant ship to attack it, they claim that particular color for that battle. All other players must play a different colored ship in order to attack that merchant. A player may add to their attack on subsequent rounds by playing a ship of their color and adding its skull-and-crossbones amount to the total. This continues for each merchant ship in play until an entire round of turns is completed with a clear overall winner. 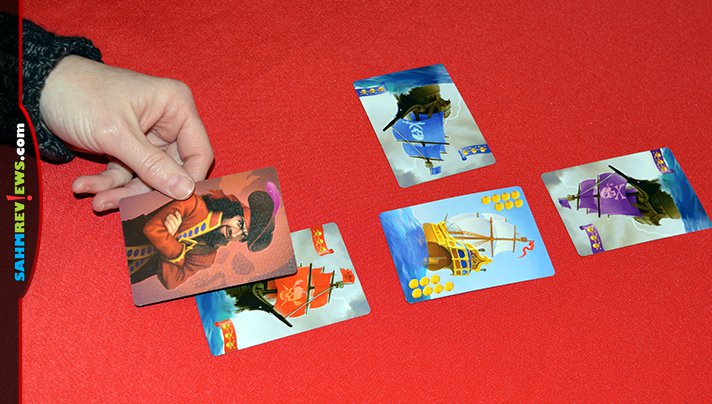 There are also pirate captain cards that may be played to captain one of the already-played pirate ships. When you play one, you are basically playing a “trump card” that automatically awards you with that merchant ship – unless someone else also plays a captain before the turns get back around to you. The person who last played a captain will win that merchant ship! Lastly, there is an admiral in the deck (only one) that a player may play on their own merchant ship in the same manner as a captain. He protects the ship from everything except other captains played after the admiral! 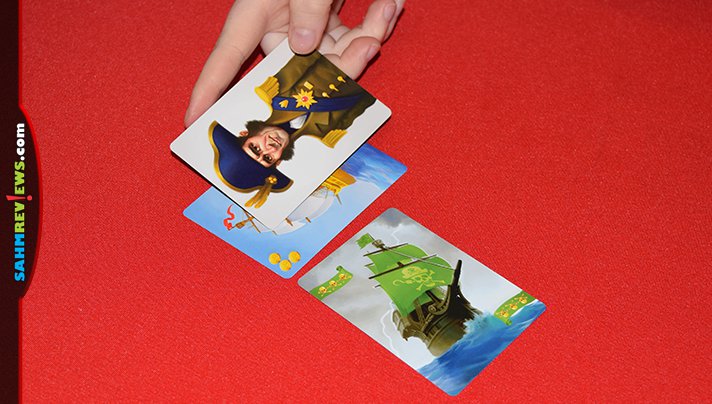 A game of Loot ends immediately when the draw pile is depleted and one player runs out of cards. Uncaptured merchant ships still on the table are discarded and final scores are totaled. You’ll receive coins from merchant ships you have captured and deduct for any left in your hand. The player with the highest total score wins Loot! 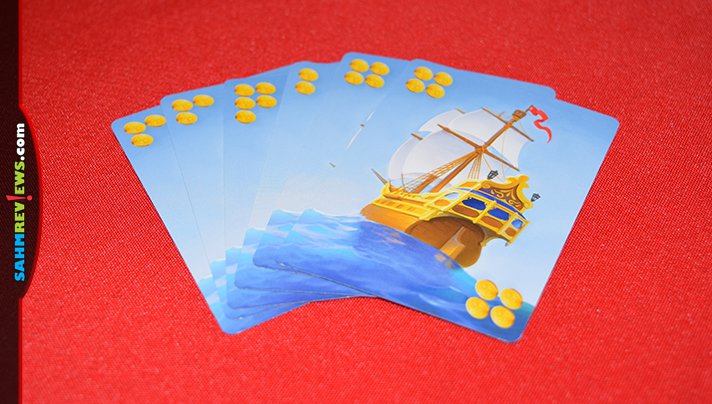 This Loot card game forces you to make some interesting timing decisions coupled with the typical luck-of-the-draw. Expect a full game to last under 20 minutes and is appropriate for ages as young as 7 or 8 (even though the box says 10+). Brand new copies can be found on Amazon for under $15!

What is your favorite pirate-themed game?