While we’re on the topic of speed games, I realized I nearly forget about one we had a chance to play last year at one of the major gaming conventions. And if my ineptitude at any game that requires quick reflexes isn’t bad enough, this one by Gigamic requires an even quicker memory!

I don’t know what your family called the game when you were a kid, but ours was called Concentration. You would deal out a grid of standard playing cards and take turns turning over two of them, trying to make a match. Do so and you’d collect the cards and the person with the most when cards ran out won the game. I was pretty good at it when I was eight years old. Not so much now in my 40’s…

El Capitan takes the idea of this classic card game to another level with the introduction of a speed element. The idea behind the game is that there is an old pirate Captain who has decided to retire. In order to determine which of his fellow pirates are worthy of his treasure and ship, he decides to test their quickness and memory.

Up to six players are given a set of twelve cards of one color, a gold coin and a color-matching boat pawn. A draw deck of Captain cards is created and set face down in the center of the play area. Each player shuffles their deck and deals them out in front of them into a 4 x 3 grid, face up. A one-minute hourglass timer is turned over and each player has 60 seconds to memorize the layout of their cards. Then the cards are turned face down. 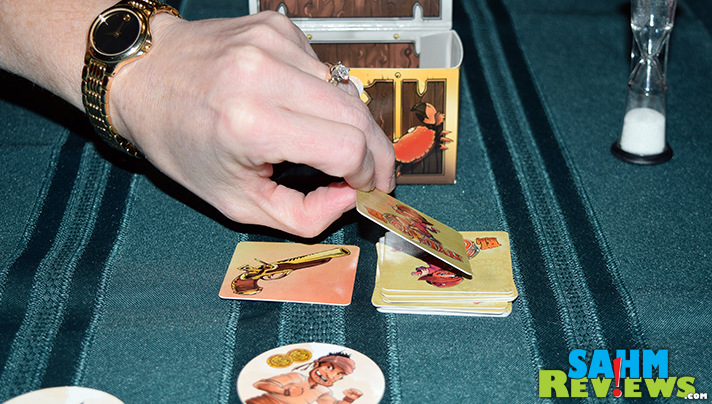 The first player begins El Capitan by revealing the top card from the Captain’s deck. All players will then place their boat pawn on top of the card they believe matches this overturned card. As soon as you place your boat, you also put your hand on top of the draw pile to signify the order in which pirates made their wagers. 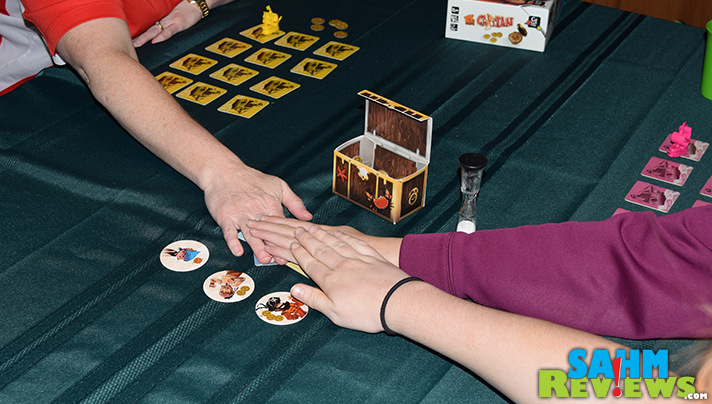 When all bets have been made, deal out the First, Second and Last cards to the players who placed their hands first, second and last. Then the answers are checked! 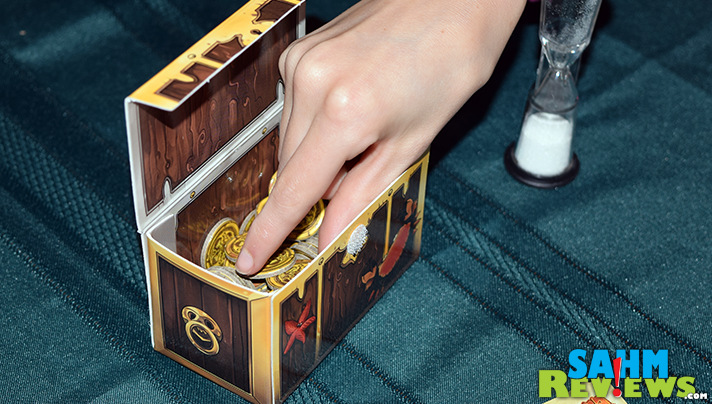 Anyone who incorrectly guessed loses one gold coin from their treasure. If correctly matched, the player holding the First card gains three coins from the chest, the second place pirate wins two and everyone else who correctly matched gets one. Except for the person who placed last – they get nothing. It’s a lot like the old adage of the two hunters running away from the bear. You don’t have to run faster than the bear to get away, you just have to run faster than the other hunter! 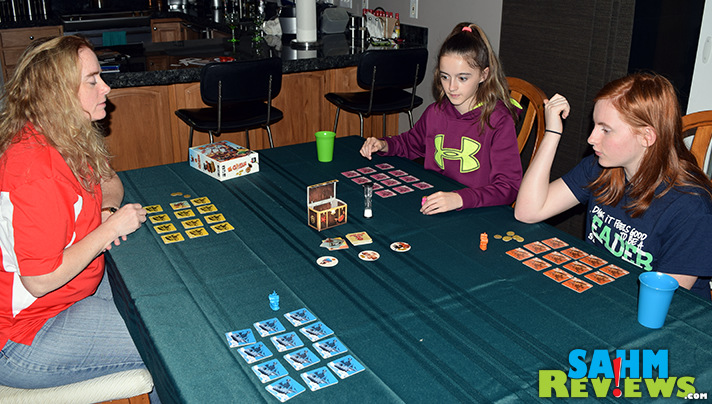 A couple special cards are mixed into the Captain’s deck to stir things up. A Storm card forces everyone to reshuffle all twelve cards in front of them and spend the next minute (with the timer) re-memorizing the layout. A Spyglass card allows you to peek at one card in your current grid, while the Jolly Roger card lets you switch the position of two face down cards of an opponent of your choice. 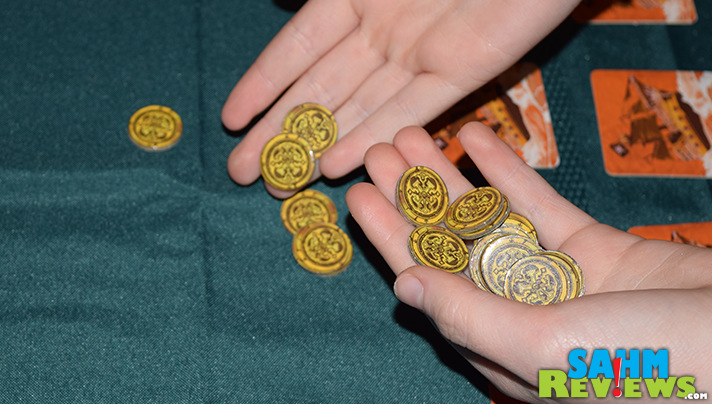 Players take turns clockwise revealing the top card until the entire El Capitan deck is depleted. The pirate that collected the most gold coins wins!

Time and time again it is proven that my memory isn’t what it used to be. But because you don’t have to be first to find the match to score (just don’t be last), I didn’t take as much of a beating in El Capitan as I have in other memory-style games. Copies of El Capitan are regularly available on Amazon for around $15 or can be found at your local game store.

We’ve featured a number of games by Gigamic over the past couple of years, some new and some found at thrift. We hear rumblings of a couple new things coming down the pipeline for 2017, so be sure to keep an eye on their Twitter and Facebook feeds to be the first to hear about them!

How would you fare in a speed & memory game?