If you’re into board games like we are, you probably have a favorite game store that you frequent. In our metro area there are a couple, but none within what I would consider a short drive. One is in a mall on the other side of the river (which puts it in a different state) and the other is in a different city to the west, Davenport, one of the four cities that make up the Quad Cities.

There is one event each year that encourages us to make the drive west to visit this small store – their annual “Used Game Sale”. In the preceding weeks this store accepts consignments from their customers which will be offered up on just one weekend. Everything from RPG books to classic games to unopened new games grace the shelves on the weekend before Thanksgiving. Most are priced to move, giving the previous owner store credit to spend on something they will be more likely to use. Shoppers find games at great discounts. It really is a win-win for everyone.

And every year I end up spending WAY more than I intended to. This year was no different with my final tally exceeding $200. On the bright side, I did walk away with 31 games we didn’t already own. Some of these would be titles that I would never find for sale locally if I were in the market. That’s where today’s Thrift Treasure falls. I recognized the name of the designer as one of our favorites (Reiner Knizia – Brains, High Society, Callisto), but couldn’t read a thing on the box as it was all in Chinese. Fortunately our close friend was in attendance and helping run the sale and he was familiar with the game. He referred to it as a “classic” and at the asking price of $14, was a bargain. I took his word for it. 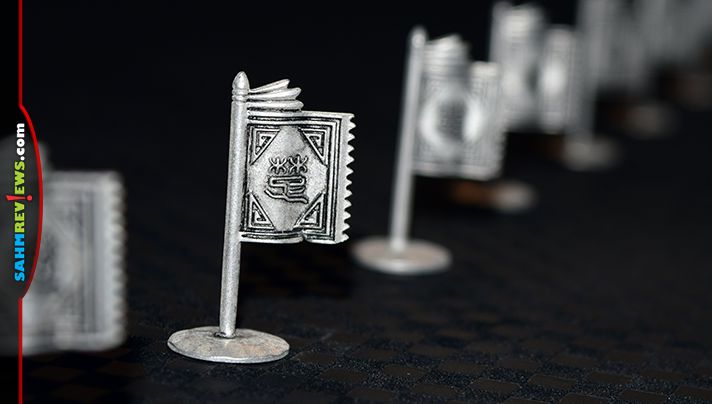 Battle Line is a 2-player game where you are trying to capture flags lined up in a row between the players. There are nine flags available, and to win you must capture either five of them (more than half) or three in a row by playing cards from your hand to the area next to each one. Your goal is to build a 3-card hand stronger than your opponent’s in a mini-poker fashion. 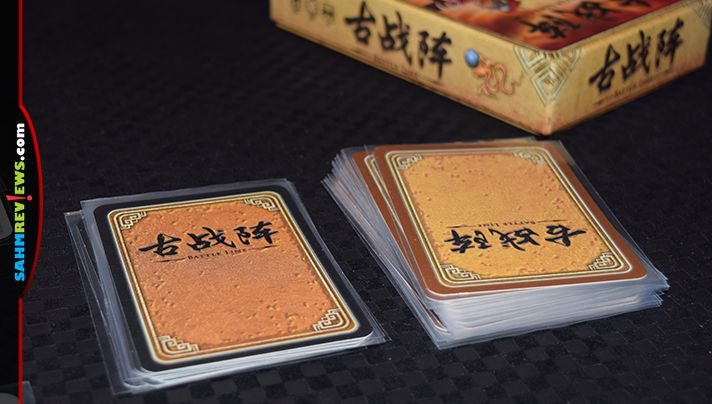 There are two different decks of cards included in Battle Line. The first contains Troop cards, and each person begins the game with seven of these randomly dealt to their hand. The rest are put in the center of the play area to form a draw deck. The other cards are Tactic cards which are also shuffled into a draw deck, but none are given to either of the players at the start of the game. 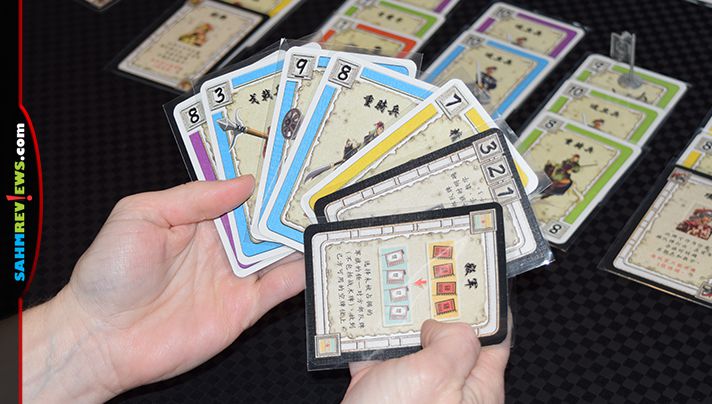 Play is very simple with each person choosing one card from their hand and laying it below the chosen flag face-up. You may claim a flag at any time if you can prove that no better formation can be assembled by your opponent. Formations include a Wedge (straight flush of three cards), a Phalanx (three of a kind), a Battalion Order (flush), a Skirmish Line (straight) or Host (any three cards). Claiming occurs when three cards have been played on a flag by both players or a player can show that their opponent cannot overpower them by referring to the visible cards on the table. If players have identical formations, the higher sum value wins the flag. If still tied for a flag, the player who played the last card on the formation loses. 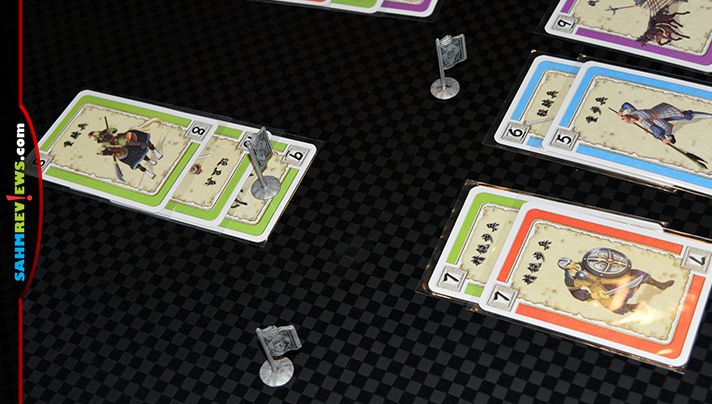 The simplicity of winning a flag might make it seem that a game of Battle Line is only about the luck of the draw. This isn’t the case due to the introduction of two things. First, the Tactic cards mix things up by changing the rules, allowing you to draw additional cards, remove opponent’s cards or even cause one of their troops to become a traitor and migrate to your side! Secondly, because there are two ways to win (capture five flags or three in a row), there is a tactical element that must be considered. You might have strong cards, but if you play them in the wrong places, your opponent will claim victory! 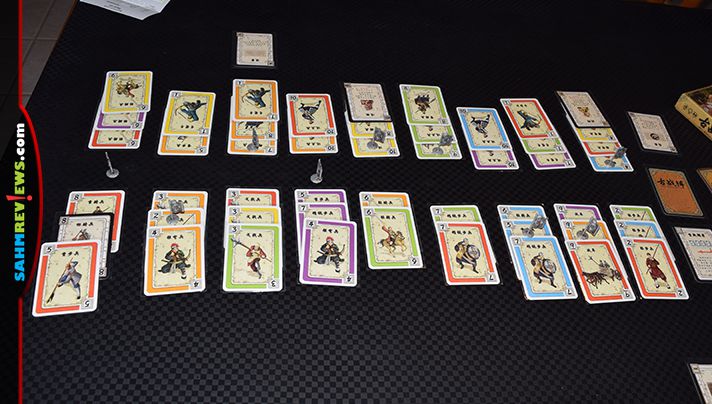 You can expect a full game of Battle Line to take around 30 minutes from start to finish. Our copy was issued in 2009 to the Asian market, but was recently released to the English-speaking audience by GMT Games in 2017. Ours includes metal flag miniatures, while the latter version keeps costs down by offering plastic versions. You can find copies of this newer version on Amazon from a number of sellers, but I think I prefer this Far East copy since English instructions can easily be found online.

Stay tuned for more about the great games we picked up at this same used game sale. It may be enough to tide us over until next year (who are we kidding, it won’t)!

Does your local game store have any annual sales?