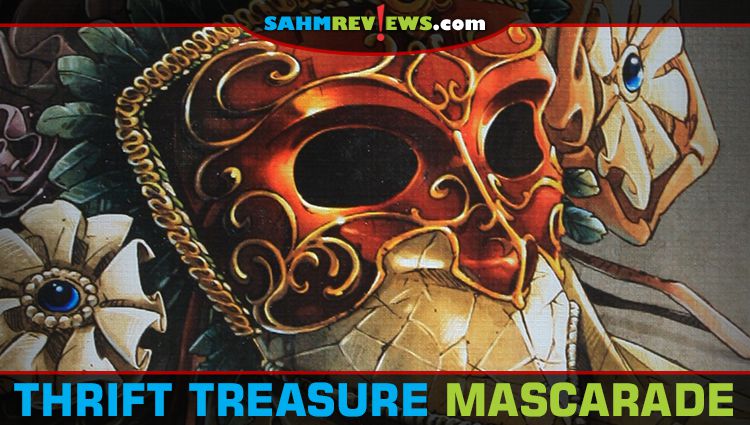 Don’t think for one minute that the only games we purchased at our local game store’s annual used game sale were Battle Line and The Great Wall of China. At the end of the sale our cart contained 31 games. Some that we had been searching for quite some time. Others we bought because we couldn’t pass on the low price. This week’s Thrift Treasure was purchased for yet another reason – we loved the artwork! Turns out that Mascarade is somewhat of a current classic!

We’ve mentioned many times our affinity for games whose cards are tarot-sized. Not only are they easier to read, the extra space allows for more creative and attractive art. This is why games like Fleecing Olympus, Hanamikoji and Indulgence have regular spots in our game night bag. And after a few plays of Mascarade, it appears it will be earning a position as well! 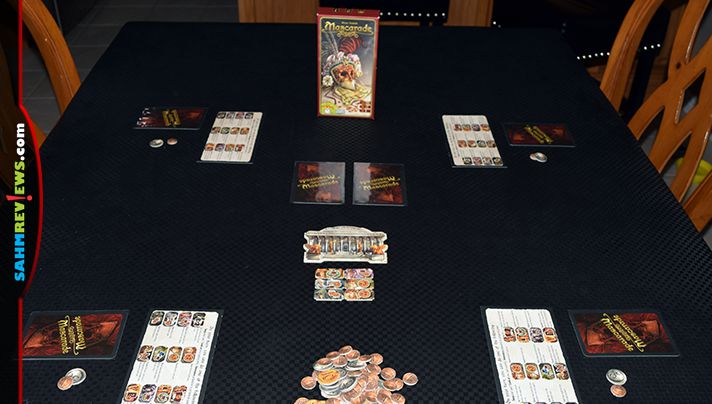 Mascarade is best described as a hidden role game, but unlike others in this genre, even you don’t always know your role! The entire game consists of thirteen cards, corresponding markers and a bag of coins. Your object is to be the first player to amass at least 13 coins. Sounds simple, doesn’t it? Keep reading, your mind may soon change.

At the beginning of the game you and up to TWELVE other players each receive one of the cards face-up. Everyone will know your role when the game begins, but that will soon change. All of the cards are turned face down and the first four turns of the game requires the active player to take their card and the card of another player, hide them under the table and choose one to place back in front of them (the other is returned to the player in which they took the second card). Only the active player knows whether or not they actually switched the cards! Once these four turns are taken, the rest of the game begins.

On a turn you have to choose one action from a total of three possible actions. First, you may switch/mix cards in the same manner as the first four turns without showing anyone the results. Secondly, you may peek at your card to see which role you are in possession of. Lastly, you may announce who your character is at that moment (or who you think you are). This is the “meat” of the game and is the only way you may gain coins. 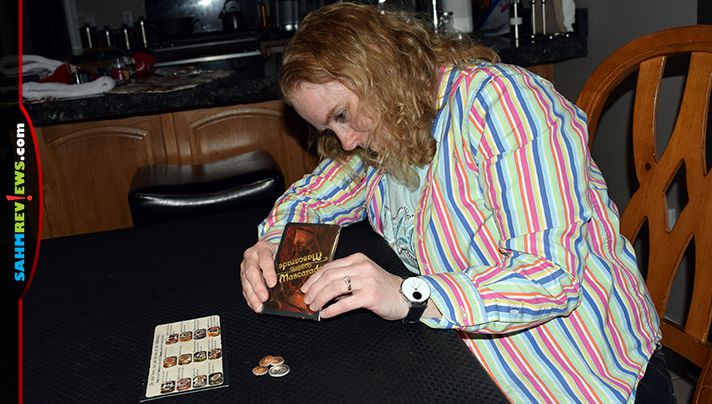 Once you announce to the other players which character you are, in clockwise order all other players get an opportunity to also claim they are that person. If no one makes the claim, you take the action of that character (refer to the included player aids for what each one does) without revealing your actual card. You may be correct or might be bluffing. No one will know! 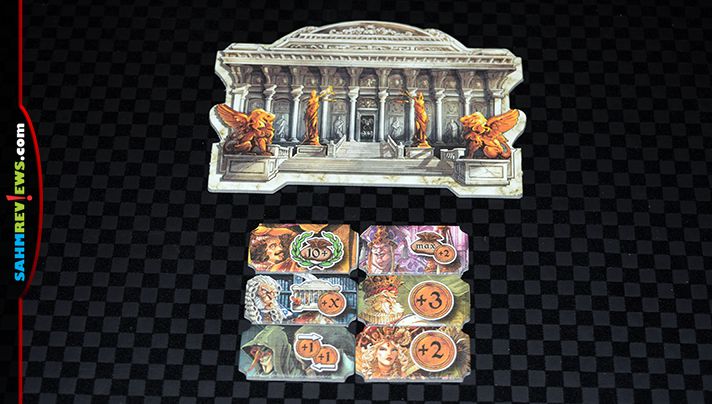 If someone else (or multiple players) also claim to be your character, everyone involved will reveal their character cards to determine who is correct. All players who falsely claimed their identity must pay a fine of one coin to the courthouse. The person who correctly identified themselves, even if not the active player, gets to take that character’s action immediately. 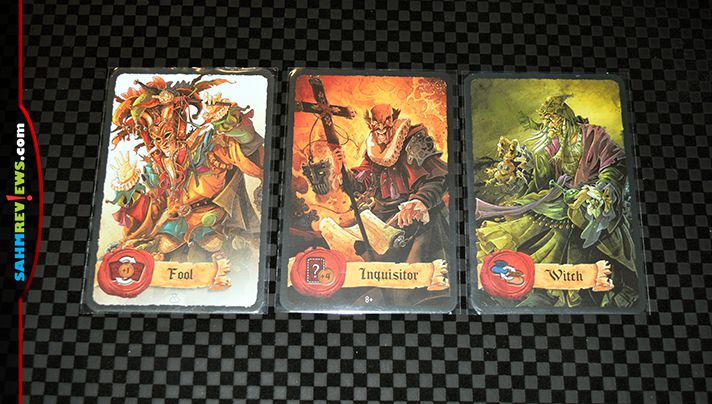 Each character in the game has different rewards when correctly announced. These range from receiving coins from the bank, taking all the coins in the courthouse, guessing another player’s character or even changing the win condition to only needing 10 coins instead of 13! The rules include suggested characters to use depending on the number of players, but you can also randomly select characters as you become more accustomed to the game play.

Mascarade is a solid party game that is easy to teach and quick to play. With character roles changing on almost every turn, keeping track of who the other players are, much less yourself, can be very chaotic. If you enjoy games with this much player interaction (we do!), you’ll want to grab a copy for yourself on Amazon for under $20!

What is your favorite large-group party game?