It is just after Thanksgiving every year that we begin hearing the same question being asked, “What are some good Christmas-themed games?”. We’ve never been ones to search out games that have a yuletide appearance, instead opting to create our own Christmas traditions like having Chinese dinner on Christmas Eve or making homemade chocolates. That doesn’t mean we don’t enjoy a good game that revolves around Santa Claus or his reindeer. We have more than a few in our collection, including 12 Days of Christmas and Santa’s Bag.

We recently found a new game by Big G Creative that celebrates the holiday by featuring one of the most iconic Christmas movies ever made – Home Alone! And unlike many, many games which have a theme sloppily pasted on top of a simple game, it is obvious that the designers of Home Alone began with the theme and developed a game to perfectly fit the intellectual property.

Home Alone is advertised for 2-4 players, but we’ll go on record saying that this is primarily a two player game. One person takes on the role of the Wet Bandits trying to break into the McCallister’s house, while the other plays as Kevin, setting traps to protect the family’s valuables. While this Home Alone game has asymmetrical roles, it seems very well balanced and fun to play as either side.

Let’s start with how you win a game of Home Alone. If you are the Wet Bandits, you simply want to steal at least $2,000 worth of money and goods. If you are Kevin, you want to prevent them from reaching their goal. Each player receives a custom player board matching their character and the three room tiles are set between the players. These represent the three areas of the McCallister’s house that the Wet Bandits will try to rob from. The Bandits have one deck of custom cards on their board, while Kevin has his own along with a deck of Loot Cards to control. Oh, and a paint bucket. Because no game of Home Alone would be complete without a paint bucket! 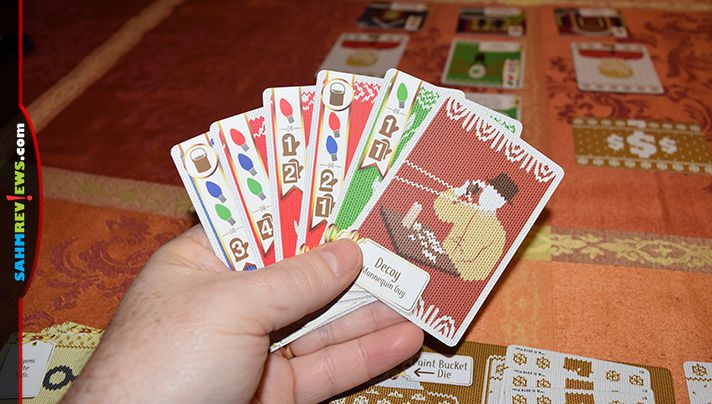 Home Alone is played over rounds until either the cards run out or the Wet Bandits achieve their goal. At the beginning of each round, Kevin draws three Loot Cards and shows them to the Bandits. These are the things they’ll be trying to steal during this round. One card is placed next to each of the rooms face-down. Then working from a hand of six cards, Kevin lays traps and decoys in each room to make it more difficult for the Wet Bandits to get to the loot. 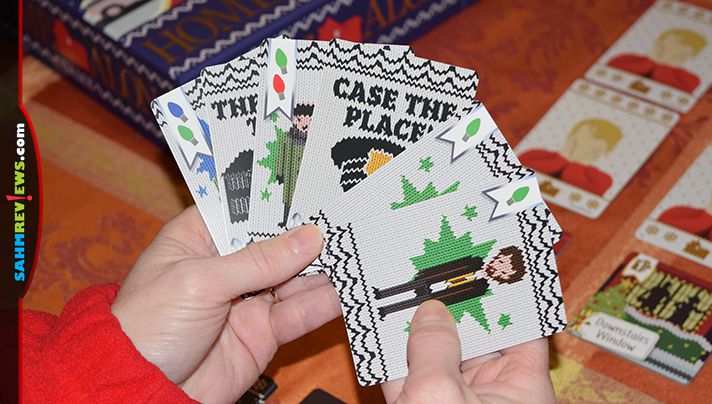 Now the bandits get to attempt to fill their bags by choosing a room to enter. Each room has a different cost associated with it and the bandits must pay the fee in order to do so. One room requires the bandits to discard a card from their hand, another allows them to choose to discard from their hand or the top of their draw deck. The third stipulates they must do both! Once inside a room, the first of Kevin’s cards is turned over and resolved. If it is a decoy, the bandits move on to the next card. If it is a trap, they have a decision to make. 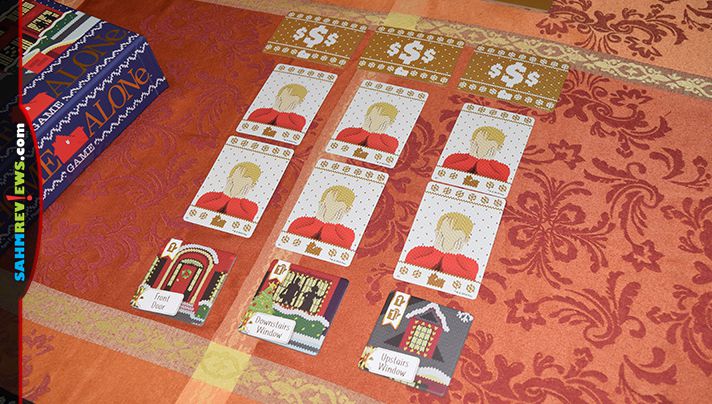 Each trap card depicts at least two things. First are colored Christmas lights. If the bandits have matching colored cards in their hand they may disarm the trap and move forward. If not, they may “pay the price” in the form of additional discarded cards, also denoted on the trap card. Additionally, there may be a paint bucket at the top of the card. When this happened, Kevin rolls the paint bucket die and the bandits must immediately pay a matching colored card, assuming Kevin rolls successfully. If the die is blank (or the bandits don’t have a matching card), nothing happens and the game continues. 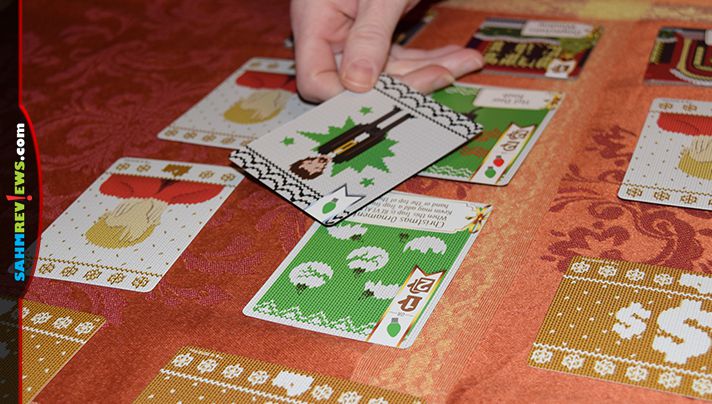 At any time the bandits may decide to retreat, either by choice or by force (they cannot disarm nor pay the price of the trap card). However, if they continue through all of the trap cards and reach the Loot Card, they immediately add it to their stash on their player board. At this point they may elect to end their turn or continue on to another room and start the process over again! 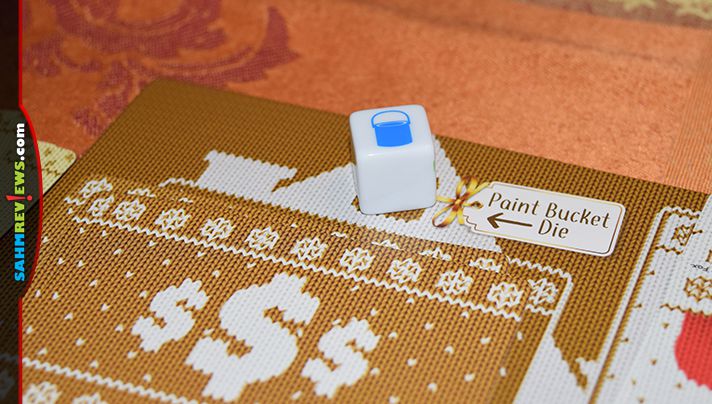 Card management is key for both sides in Home Alone. When the decks run out, they are not reshuffled and put back into play. All played cards are removed from the game at the end of each round. If Kevin runs out of traps, it will be very easy for the Wet Bandits to loot the house. If the bandits don’t have any cards left to pay or play, they are captured and taken to jail. If the Loot Cards are depleted without the bandits having collected enough, Kevin also wins! No matter which side you control, you don’t want to play more cards than necessary. Efficient use of them is required to win Home Alone. 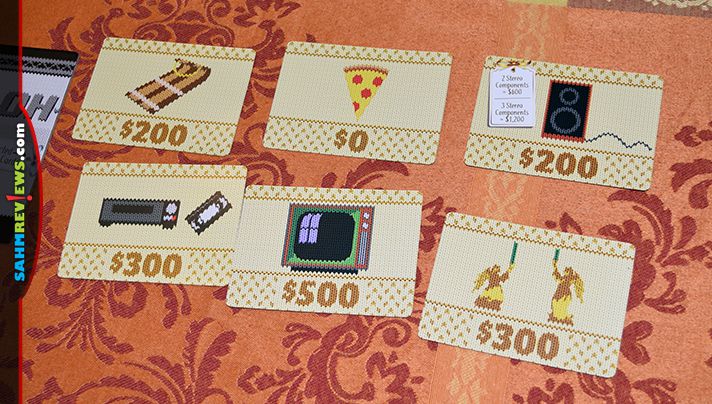 Home Alone is currently a Target exclusive title and well worth the $19.99 MSRP. It is dripping in theme and you’ll probably picture yourself as one of the movie’s characters while either trying to rob the house or preventing it from being robbed. Next time someone asks us for Christmas-themed games, this one will be the first off our tongues.

Big G Creative is becoming well-known for their pop culture game titles, so be sure to check out their website for other familiar themes they have available. If you’re following them on Facebook or Twitter, you’re sure to find a number of giveaways and the latest news about their next releases!

How many times have you seen the movie Home Alone?!