Two weeks ago we began telling you about the first in Eagle-Gryphon Games‘ E•G•G Series of games with the first in the series, Eggs and Empires. Comparable to an advanced version of the classic game of War, it requires more strategic thinking than just flipping over a card to see who drew the highest.

The second title in the series, 12 Days of Christmas, might appear to be a holiday-only game thanks to the theme. But digging a little deeper into the game play and ignoring the cutesy renditions of the classic carol, you’ll soon realize there is a lot going on in this trick-taking card game. 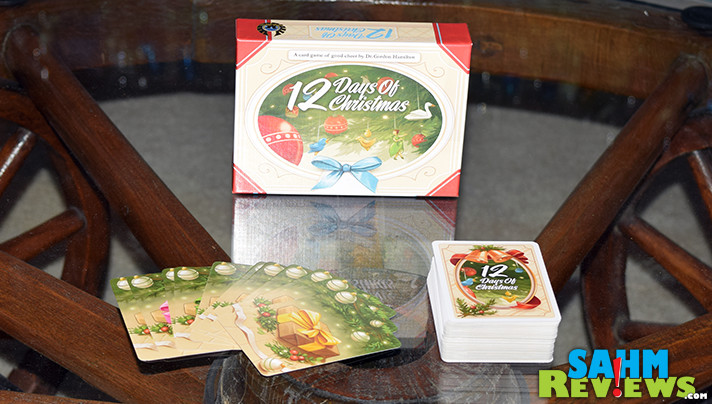 12 Days of Christmas includes 90 high-quality, linen-finished playing cards representing the gifts given during the 12 Days of Christmas. Of course that means that while there are twelve drummers drumming, only one partridge in a pear tree exists in the deck. Each of the twelve categories of gifts are accurately represented, with an additional twelve cards acting as the rewards for winning a round. 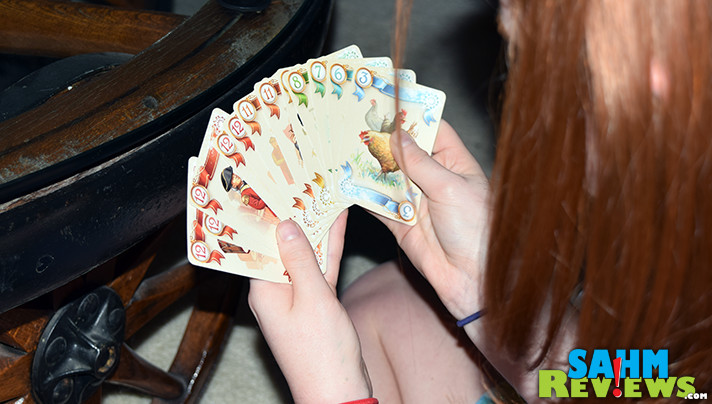 Each player (up to 8) is dealt a hand of cards (12 for up to six players, less for seven or eight). For the hand you are trying to rid yourself of all cards in your hand before any of your opponents. The starting player (determined randomly) plays one of three possible combinations. Either a set of matching-numbered cards, a straight of successive cards or any single card. 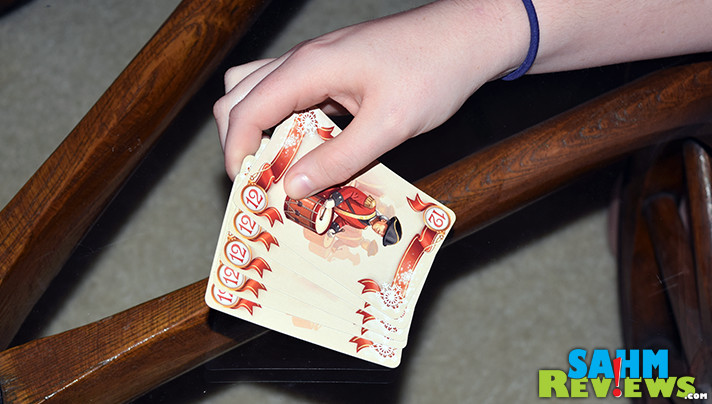 Clockwise, the next players then try to best the laid hand by playing the same type of combination or single card, but must include at least one card that is as low or lower than the Lead’s lowest card. After all players have played their cards or passed, the person with the lowest card played wins the trick and becomes the start player for the next round. 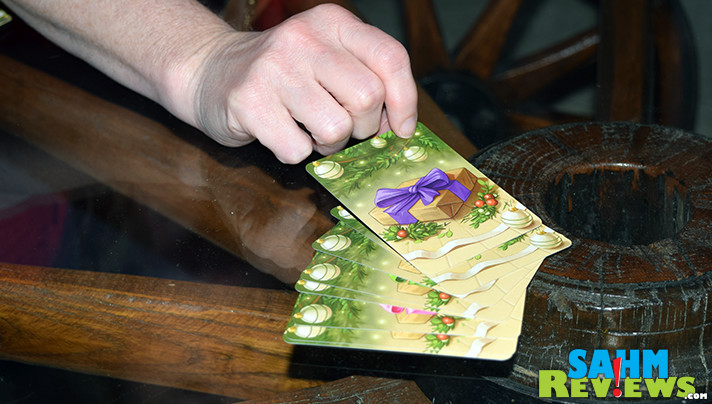 The hand ends when a player wins a round and has used their last card. That person earns one of the wrapped gift cards and becomes the Lead Player for the next round. The player with the most unplayed cards remaining at the end of the hand must also pass one of their previously-won wrapped gift cards to the hand’s winner. Once the final gift card has been claimed (12 hands), the person with the most is the winner. 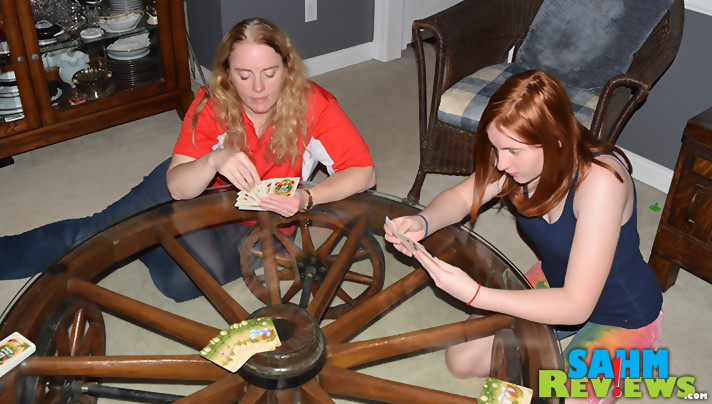 12 Days of Christmas has a number of interesting things to consider, making it more than a regular Hoyle-approved card game. Passing is sometimes a better strategy as you may not want to break up a set or straight if you’re not positive you can win the round. Player order plays into the game quite heavily, with Lead Player always having an advantage. Of course, no strategy will overcome a bad draw – so luck still evens the playing field between new and seasoned players.

Also running under $15 on Amazon, 12 Days of Christmas is certainly one we’ll carry along during the holidays, but will also break out on occasion just to have a different type of card game on the slate. You can learn more about the E•G•G Series of games on Eagle-Gryphon’s website and by following them on Facebook or Twitter.

Would you play a Christmas-themed game outside the normal holiday season?