Time has sure flown by as we’re already on the tenth game in Eagle Gryphon Games‘ E•G•G Series. Every two weeks, with the exception of one week we were featuring new games from Gen Con, an overview of one of the small-box titles in this value-packed series became our feature of the day. Most have been well thought out card games, but there have been a couple surprises in the mix. Krakatoa mixed things up with custom dice, and the second in the set, 12 Days of Christmas, had holiday carols in our head a few months early!

This tenth addition is another card-only game, but probably the one with the most player interaction to date. Harald is set in an anonymous medieval kingdom nation where peace is the rule of the day. However, the different peoples are vying for influence with the royalty and want to become the most prestigious village in the region. 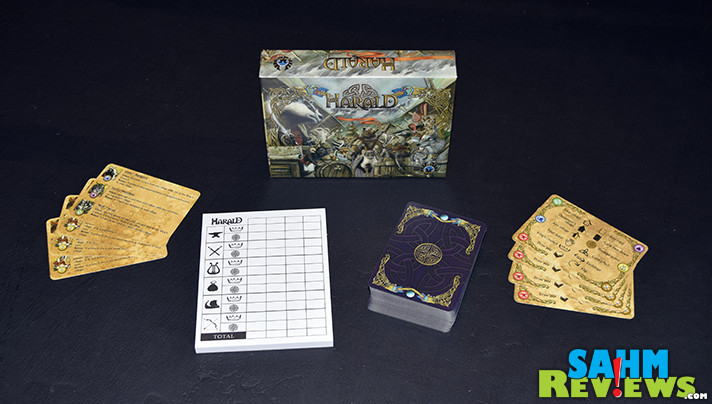 Supporting 2-4 players and each game taking under 30 minutes, Harald is a fast-paced, but thought-provoking card game. There are only seven different cards in the deck and 11 copies of six of them. The seventh is optional and only utilizes six copies. 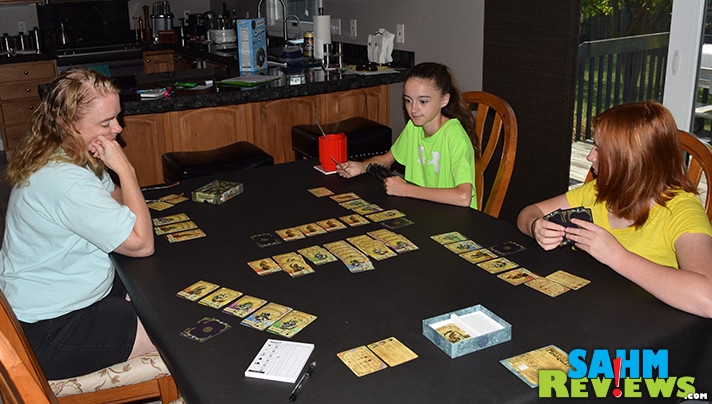 Each card represents a different trade profession, from Blacksmith to Bard to Merchant. Each card has two sets of symbolic instructions on them, one an optional action to resolve when playing the card in front of you, the other an end-game scoring bonus if all the criteria are met. 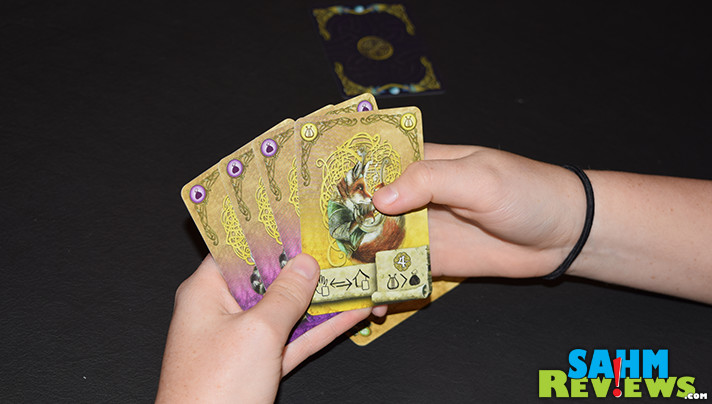 Every player is dealt a hand of five cards to start the game, with everyone choosing one card and setting it down in front of them to begin their village. For the rest of the game you will have only four cards in your hand and will draw back up to that amount at the end of your turn. 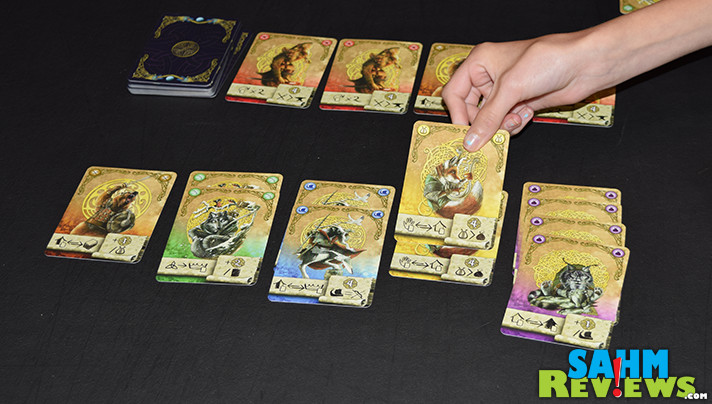 In the center of the play area lies the King’s Council. On your turn you do two things – first you play one of your cards to the Council, then play one card to your village. Cards played to the Council do nothing except increase the prestige value of that particular trade. Cards are kept organized by trade and set so everyone can see how many there are. 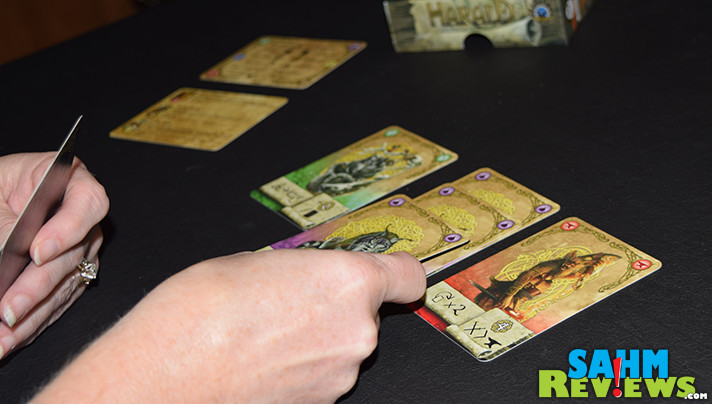 Cards played to your personal village come with an optional action printed on the bottom left. These actions range from swapping one of your cards in the village with one in the King’s Council, using the power of the card you just played to the Council or even flipping over opponent’s cards in their village, rendering them useless. 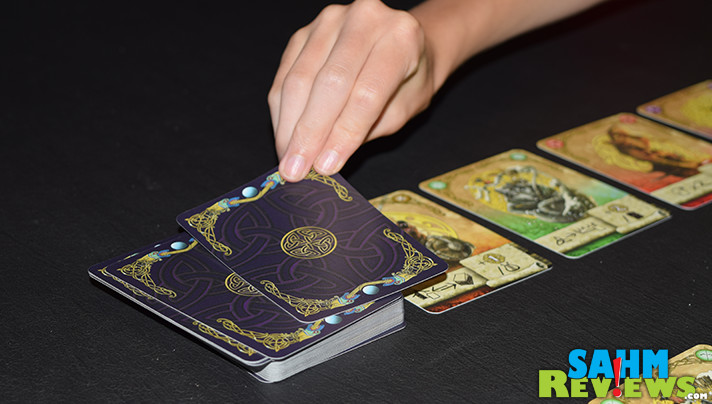 For instance, if you have a blacksmith card in your village and also have more warriors, then you’ll receive four bonus points. Each trade has their own bonus listed, so it is possible to receive more than one bonus. Add these points to your previous total and the player with the highest grand total wins Harald!

Harald is one of the newer titles issued in the E•G•G Series, having just hit the market at the beginning of this year. As a result, it is one that isn’t available for single purchase on Amazon yet. Don’t worry, you can still get your copy direct from Eagle Gryphon Games on their website for the MSRP of only $12.99 or as part of the full 11-game bundle for just over $11 per game!

Have you been following all the games in the E•G•G Series? What is your favorite so far?