For as long as I can remember, I’ve always been a collector. My dad introduced me to stamps and coins at a very young age and to this date I still pocket coins and unique currency. Middle and high school saw my collection of baseball cards grow into the thousands when we purchased a large potato sack full of cards from the 60’s at a local auction. Over the years I’ve dabble in many other things, including Dodge Viper diecast cars, animation art, sports and celebrity autographs and so much more.

Because we write a lot about games here on SahmReviews, it should come as no surprise that our game collection has certainly grown quite a bit over the past few years. Hardly a week goes by without finding something new to us at our local thrift stores, and today’s publishers are cranking out so many new titles each year, a single person could never play them all. But I’ve never really thought of our game collection as a real “collection”, that is until now.

Most things that are collected have some structure. Baseball cards were issued by year and team, so organizing them is easy. Same with coins and stamps – different denominations from different countries. Even my small collection of animation art was limited to 70’s-era television shows. Games are so wide and varied that unless you’re trying to collect one of everything (impossible), there are few defined categories to focus on.

Then I discovered Eagle-Gryphon Games‘ series of small-box games, the E•G•G Series. Not only do they all fit in like-sized containers, they display on a shelf like you would expect an expensive set of books to do! And because they’re numbered in series, I will have to have them all (and yes, they’re still adding more). 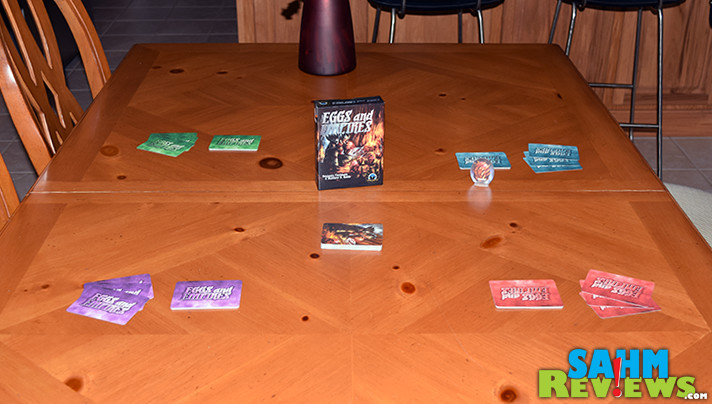 The first in the series is Eggs and Empires. Empires from the region have heard tale of eggs from the Dragons of Ridback Mountain and have send adventurers out to collect as many specimens as they can carry. Each player is given a deck of ten identical cards in their color and a deck of Egg Cards is shuffled and set in the center of the table. 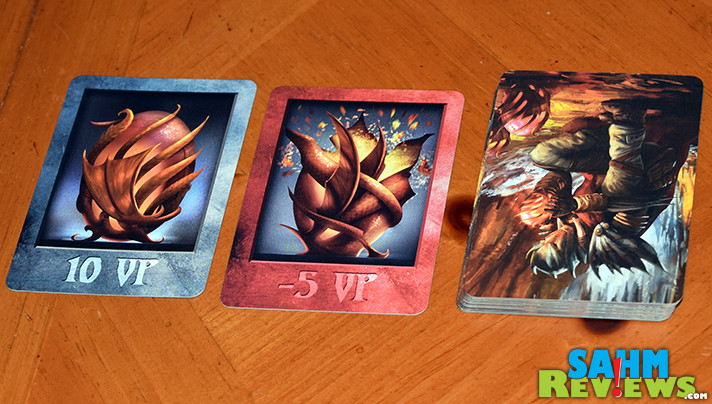 Two (or three or four, depending on the number of players, up to six) of the Egg Cards are revealed and set next to the deck. Each player draws a hand of three cards from their personal deck and decides which card to play by playing it face down in front of them. The cards are numbered one through ten, and in general, the higher the number the more likely you are to win an Egg Card. 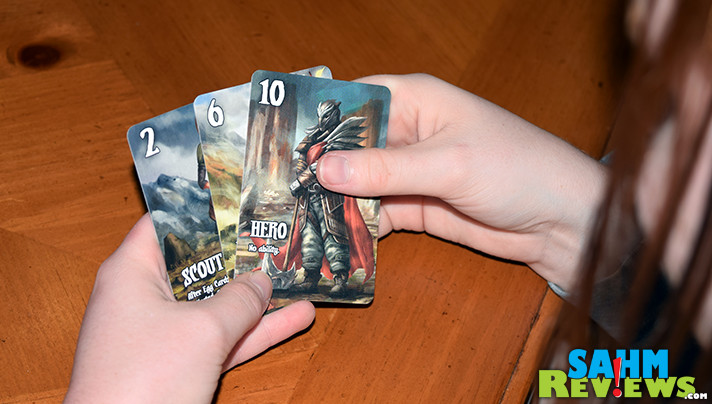 Many of the cards have additional criteria printed on them. For instance, the Shepherd card (a three) always beats a Blacksmith (an eight). But it cannot best any others higher than it. Dark Priestesses (nines) cancel each other out, while Merchants (fives) receive six victory points for NOT collecting a card! 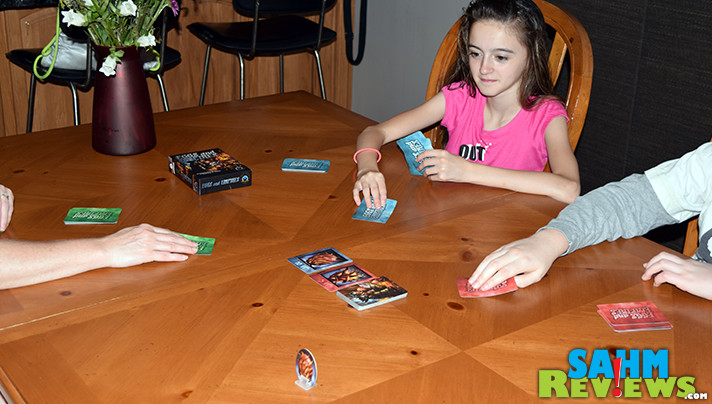 Ties are resolved by a moving Tie Breaker Marker. For any ties, the closest to the Marker (clockwise) chooses their Egg Card first.Nine hands are played per round (three rounds per game) with scores being tallied at the end of each round. The adventurer with the highest number of victory points wins the game! 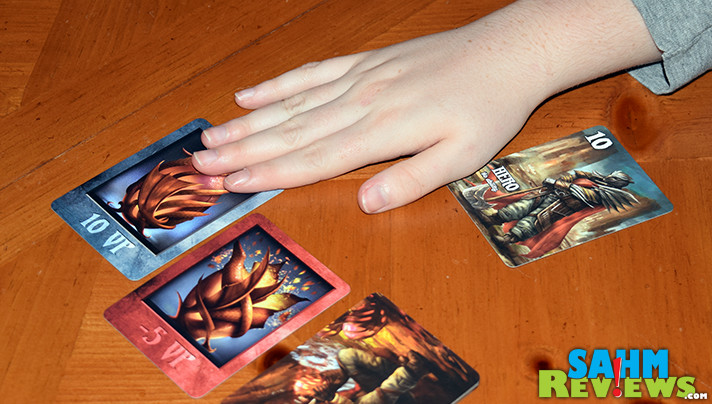 I’m looking forward to collecting this series as it appears most games are very affordable, support quite a few players and play in under 30 minutes! They’ll certainly end up in our travel bag when we head to our weekly game nights. You can find your copy of Eggs and Empires on Amazon for well under $18 shipped!

We’ll be working our way through Eagle-Gryphon Games’ E•G•G Series over the coming weeks, but in the meantime check out their website to see what new ones they’ve added as of late and follow them on Facebook and Twitter to find out more about the Kickstarter campaign they’re currently running!

Would you want to collect the whole series? Which would you start with?