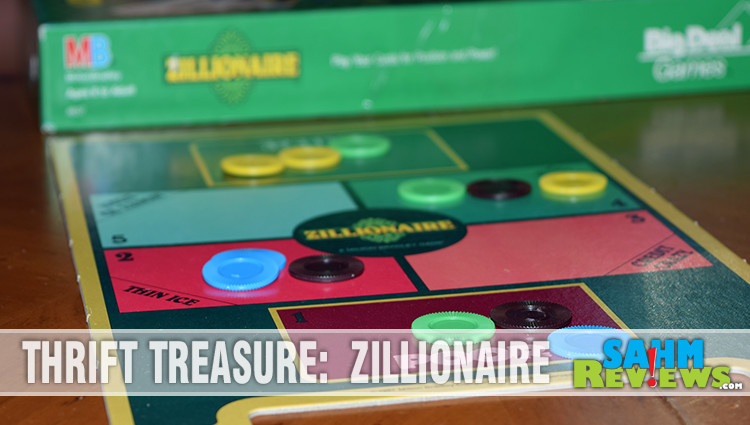 We live in a time of awareness of social injustice and a high-divided political system. My Facebook feed is filled with complaints from Social Justice Warriors on both sides of the spectrum. One side feels they are being taken advantage of by the rich, while the other pigeonholes them as lazy or entitled. Sometimes I have to just step away from the computer…

Of course, since Karma is certainly a thing, this week we found a game at our local Goodwill that would definitely be considered politically incorrect by today’s standards. Zillionaire by Milton Bradley was originally issued in 1987 and must not have fared so well as it was the only time it was published. Coincidentally, it shares a number of mechanics with our recently-covered game, 12 Days of Christmas, by Eagle-Gryphon Games. 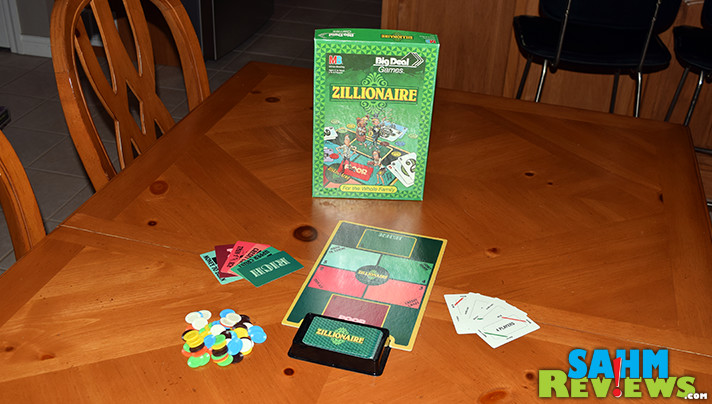 The goal in Zillionaire is to have the highest status at the end of a number of pre-determined rounds, up to ten. The box includes colored chips for up to six players, along with a custom deck of cards and game board. Each round begins by dealing out the entire deck of cards to all players, leaving two cards extra and set aside. These will be shuffled back into the deck in subsequent rounds, but this keeps the actual contents for that round a surprise.

The first player will play cards from their hand of a single or matching numbers. As an example, they might start with two 3’s. Every other player then gets a chance to up the bid by playing a pair of a higher number.  If the leading hand were three 7’s, then they must play three-of-a-kind of a higher rank.

Play goes around the table until no one can raise the bid. The person who played the highest set is the leader for the next trick. This continues until one player plays their last card. They are the round’s 1st place winner and puts one of their tokens on the “Rich” position on the board. But the round does not officially end until there is only one player with cards in their hand. They get to put their chip on the “Poor” spot, while the other players place their chips on the spots corresponding to their round’s position (determined by the number of players).

The cards used in Zillionaire are not a standard deck – the numbers range from one through eight. The highest card is the “Zillionaire” card, with the “Millionaire” card being second. A “Bump” card is played in sets like any other card, is higher ranked than any of the standard numbers and causes the person on your left to lose their next turn.

Lastly is the card numbered “5”. At first appearance it doesn’t appear special, but the way you handle it is. Fives are considered wild and may be played on top of any set numbered one through four, but count as however many cards are needed. You only play one “5” at a time, but it counts for multiples of itself. 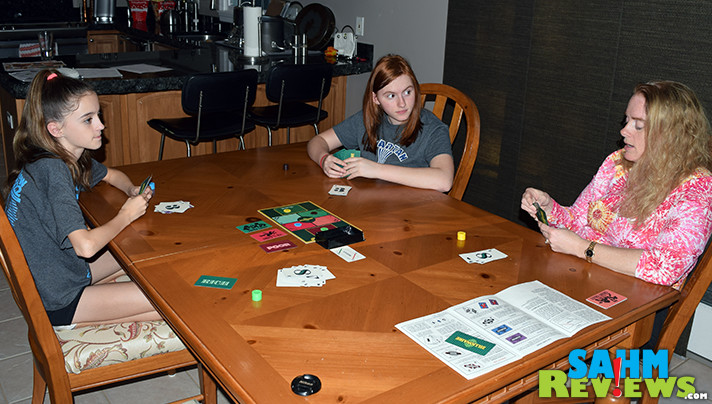 At the end of each round, once scoring statuses have been determined, everyone changes seats according to the included seating charts (depending upon the number of players). Before the next round begins, certain players will be forced to trade cards, with the poorer players giving up higher-valued cards to their richer opponents (yeah, that would go over like a lead brick in today’s world). At least the rules try to even things up by allowing the poorest player to go first! 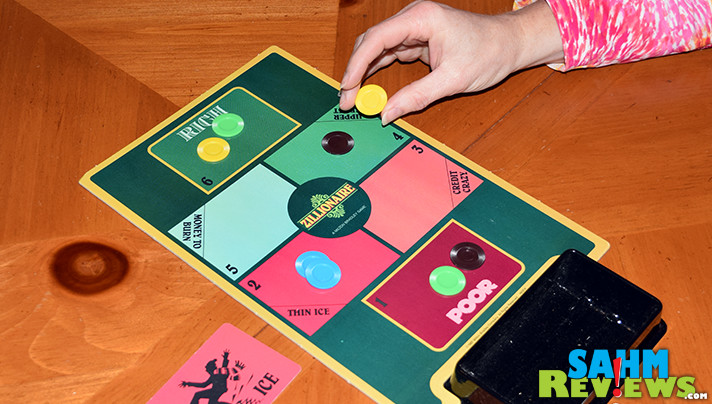 Each status position on the board is worth a different amount of points, and at the end of the game these points are totaled up to see who the overall winner is. With politically-incorrect terminology like “Upper Crust”, “Credit Crazy” and “Money to Burn”, we can see why this probably didn’t go over so well at retail. Not even during the excess years of the 1980’s.

You can find lots of copies of Zillionaire on eBay for a price even the poor could afford! (I’ll show myself out now…). Best bet is to do like we did and wait for an even more affordable copy at your local thrift store.

Do you consider Zillionaire to be politically incorrect? Do you think you would have in the 80’s?